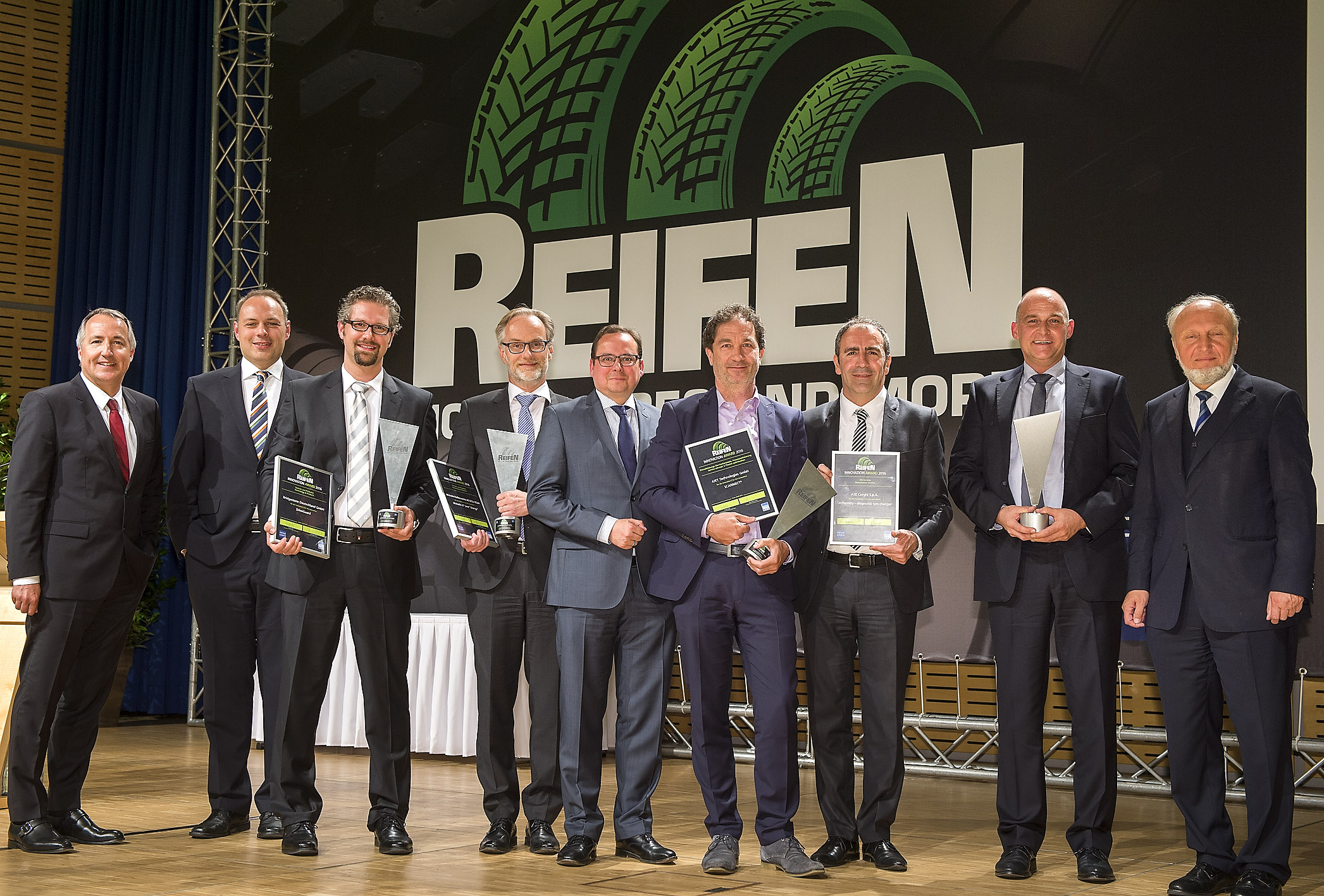 The Reifen 2016 Innovation Awards winners have been announced as part of the trade fair’s opening celebrations. Messe Essen and the German Federal Association of Tyre Dealers and the Vulcanising Trade (Bundesverband Reifenhandel und Vulkaniseur – Handwerk, or BVR) presented the awards for “notably pioneering developments” to Bridgestone, Michelin, 4JET Technologies, and ASE Corghi.

Michelin and Bridgestone won in the ‘Technology and Products’ category; Michelin for its X Line Energy Triple A range of commercial tyres, and Bridgestone for the newly launched DriveGuard range. With the launch of the Michelin’s X Line Energy Triple A drive axle tyre, it became the first manufacturer to provide A-rated tyres in all three commercial tyre positions. Bridgestone was presented with the award for its DriveGuard run-flat that can be fitted to almost any passenger car equipped with TPMS. In addition to its safety credentials, Bridgestone DriveGuard tyres offer similar drive comfort to standard tyres and wet performance. The jury also mentioned the tyre’s environmentally friendly credentials, as it is fully recyclable.

In the ‘Service Concepts and Process Optimisation’ category, 4JET Technologies was recognised for its Scannect, the first solution in the world designed to equip tyres with an individual, permanent QR code which can be read by a smartphone camera. The company has also developed a process which enables individual QR codes to be marked onto the tyre using lasers. The codes are engraved into the side walls of tyres with lasting protection against abrasion. Thanks to the high contrast of the engraving, users can read the code with current reader devices and smartphones. This means that the Scannect (short for “scan and connect”) application enables tyres to be simply and continuously monitored throug hout their life cycle for the first time.

In the ‘Motor Vehicle Service’ category, ASE Corghi was given the award for its Uniformity, the Italian workshop equipment supplier’s first tyre fitting machine with diagnostic functions. The new machine will allow what is referred to as match mounting to take place on the tyre fitting machine itself. Not only does Uniformity carry out normal tyre fitting and removal, it also conducts a complete diagnostic process of the individual wheel and/or the vehicle’s entire wheel set. According to the manufacturer, this reduces current labour time requirements by at least 25 per cent and means that 50 per cent of the operations which were previously needed are no longer necessary.

Messe Essen states that its Innovation Awards promote and embed the awareness of tyres and tyre-related products and procedures as a sustainable high-tech product in the mind of the public. To this end, a manufacturer-independent specialist jury worked alongside several industry associations and testing organisations to evaluate the most innovative and pioneering ideas on display at Reifen 2016. Amongst others, benchmark test criteria included environmental credentials, sustainability, resource conservation and innovative content. Messe Essen is displaying all applications from candidates during the trade fair in a dedicated area in Hall 7.