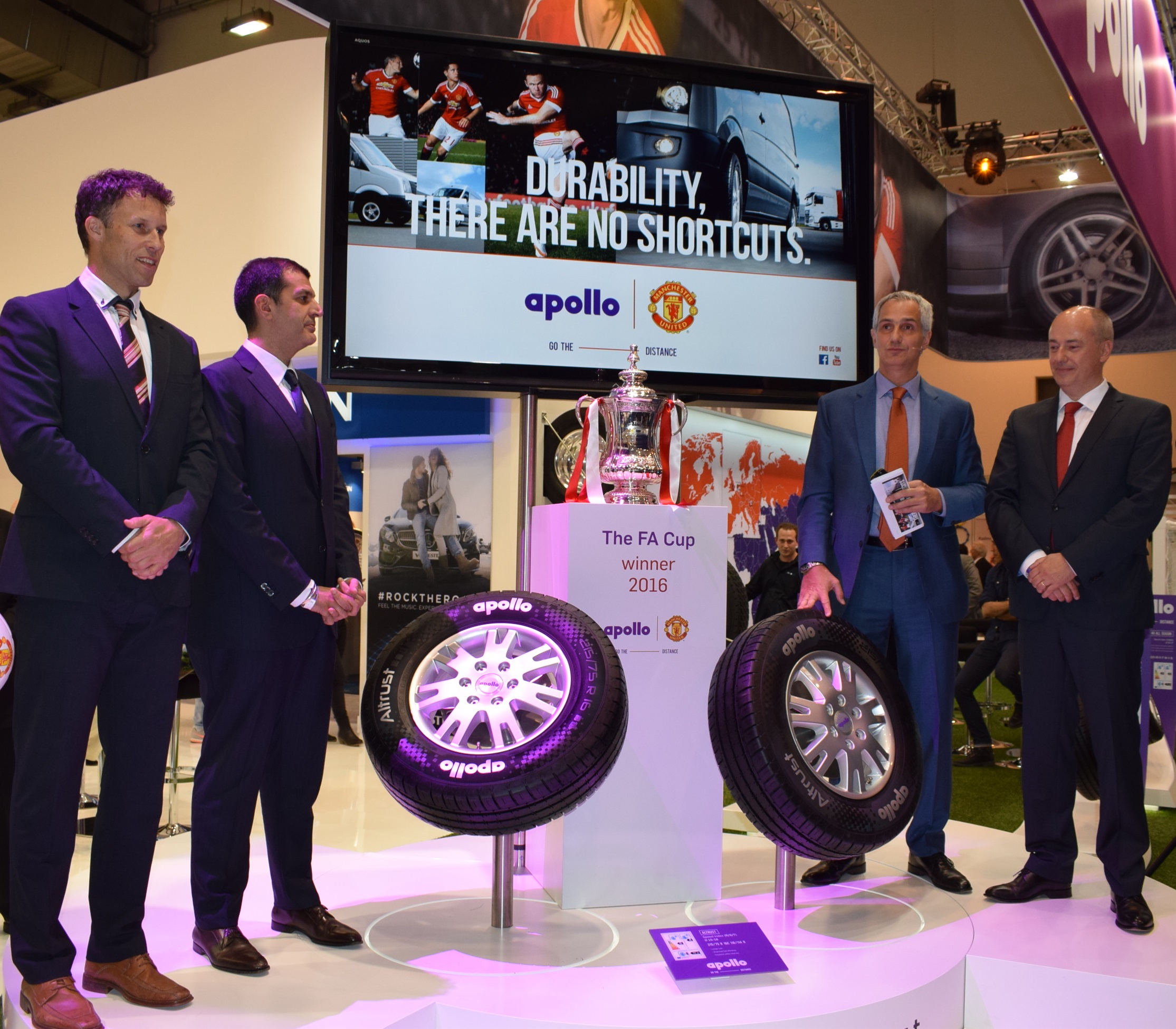 According to LMC figures, Europe’s light commercial vehicle market is growing 35 per cent faster than the passenger car market, and these vehicles now account for 11 per cent of the region’s vehicle parc. This growth is to a large extent being driven by a strong rise in parcel deliveries, and Apollo Tyres believes that the 21 million light commercial vehicle tyres currently sold in Europe annually will increase to 25 million tyres per year by the end of 2020.

“Therefore Apollo Tyres has decided to invest in a new range, the Apollo Alltrust,” states Marco Paracciani, chief marketing officer at Apollo Tyres Ltd. Paracciani comments that the name Alltrust was chosen for the light commercial vehicle tyre range as “business owners and drivers need to have full trust in a tyre.” The Apollo Alltrust, shares Paracciani, has a five per cent better stopping distance than the “best in class” tyre, the segment market leader. All nine of the 15 and 16-inch fitments in the Alltrust range has gained an ‘A’ European label rating for wet grip.

The new range was launched today at the Reifen 2016 trade show in Essen, Germany, with former Manchester United player Ronny Johnsen performing the unveiling honours together with Paracciani, Neeraj Kanwar, Apollo Tyres’ vice-chairman and managing director, and Mathias Heimann, president of the tyre maker’s Europe and the Americas business. Johnsen also brought a new ‘friend’ to the Manchester United sponsor’s Reifen 2016 stand – a replica of the newly-acquired FA Cup.