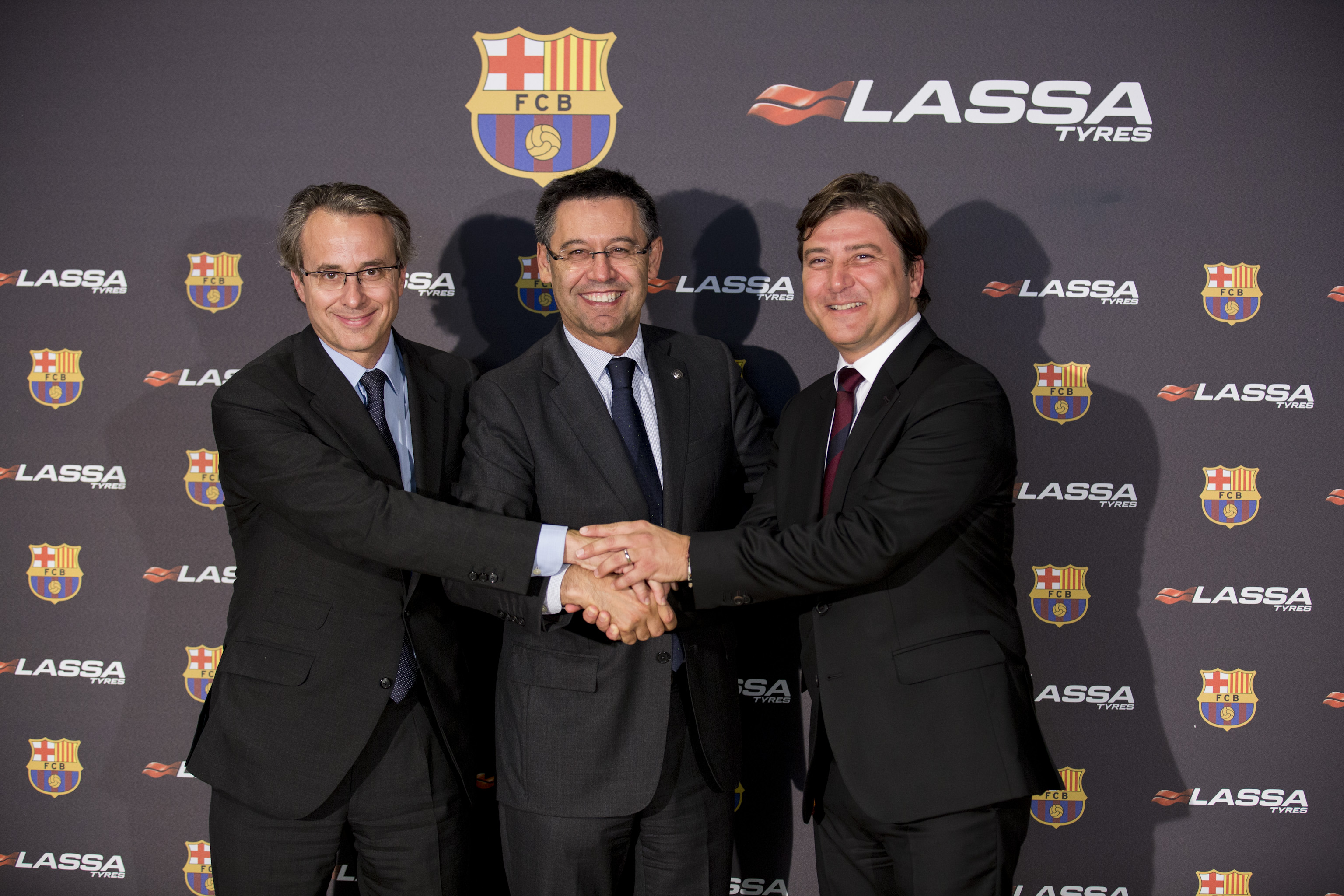 FC Barcelona ad Lassa Tyres have signed a sponsorship deal which makes the Turkish tyre brand a global partner for the next four years. Under the global partnership rights, the club’s basketball, handball, futsal and roller hockey teams, will officially be named as “FC Barcelona Lassa”. The deal took effect on 1 June 2015 and makes Lassa Tyres the “Official Tyre Partner” of FC Barcelona.

Lassa Tyres is the first Turkish brand undertaking the global title partnership of all indoor sports teams of a club. Lassa is the second brand to support more than one FC Barcelona team.

The agreement between Brisa, Europe’s 7th largest tyre manufacturer and owner of the Lassa Tyres brand, and FC Barcelona was signed on Tuesday 2 June 2015 at the Club’s facilities and was attended by Brisa CEO Hakan Bayman and FC Barcelona president Josep Maria Bartomeu. An official partnership ceremony is expected to be held at Camp Nou by the beginning of the 2015-16 season.

Generating 1.2 per cent of the city of Barcelona’s GDP, FC Barcelona has become the symbol of the city with its 115 years of history.

Brisa CEO Hakan Bayman commented: “FC Barcelona is among the world’s most appreciated clubs. It is an example setting club in traditional values, social vision, and a strong academy culture. We believe that Brisa’s respect for people and environment, and our focus on sustainable development are in line with FC Barcelona’s deep-rooted values. As Brisa, we think our leading brand in the Turkish tyre industry, Lassa Tyres, is a perfect match for FC Barcelona. Today, the owners of vehicles and drivers meet with Lassa Tyres in more than 60 countries. We will continue to proudly represent our country in global markets. We are already excited to join forces in new projects with FC Barcelona, a club that values social responsibility highly just like Brisa.”

FC Barcelona vice-president Javier Faus i Santasusana said: “This is a great day for FC Barcelona’s Indoor Sports teams. We had an ambitious objective, which was to find a global partner for all of the Club’s indoor sports teams and thus boost the strength of our multi-sport status. Now we have one and we feel very satisfied…This agreement takes us even closer to our fans around the world thanks to the worldwide arena in which Lassa Tyres operates.”