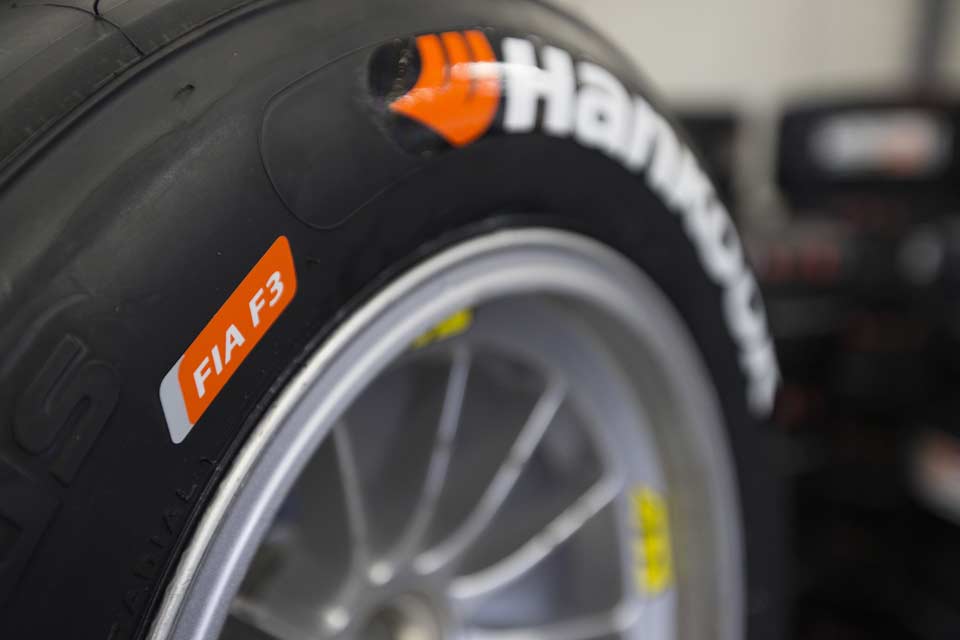 Hankook has developed its F3 Ventus slicks, and anticipates faster laps in the European Championship

Hankook has confirmed that it will continue as the exclusive supplier to the FIA Formula 3 European Championship in 2014. The manufacturer will provide its Ventus brand tyres to competitors in 33 races over 11 weekends, supporting such series as the Hankook-supplied DTM. The season began at Silverstone with 30 drivers competing for 12 teams.

The Ventus Race Formula slick has been developed by Hankook to offer increased grip, as teams face challenging conditions at Imola, Spa-Francorchamps, Nürburgring and Hockenheim. The tyre supplier stresses the importance of understanding tyres’ complex relationships with other factors in F3, adapting in conjunction with the car’s setup for better performance.

“In the FIA Formula 3 European Championship, pilots need to call upon their technical expertise. They must understand the tyres. Only then are they in a position to get the most out of the rubber,” explains Manfred Sandbichler, Hankook’s motorsport director for Europe. “This applies more than ever in 2014, because we’ve given this year’s tyres even more performance. I’m looking forward to gripping races and an impressive grid line-up this year.”

This season’s tyres should allow even faster lap times to be achieved, according to Christophe Stucki, Hankook’s chief race engineer in Europe. “During the official pre-season tests with the teams, we saw that our new tyre specification reaches the optimum operating window faster at consistently fast lap times. It will certainly be interesting to see how the rookies and experienced F3 pilots are able to get the most out of the increased potential of our Ventus slicks.”