You are here: Home1 / News2 / Company News3 / Hankook Tire and the DTM extend partnership to 2023

Hankook Tire and the DTM extend partnership to 2023 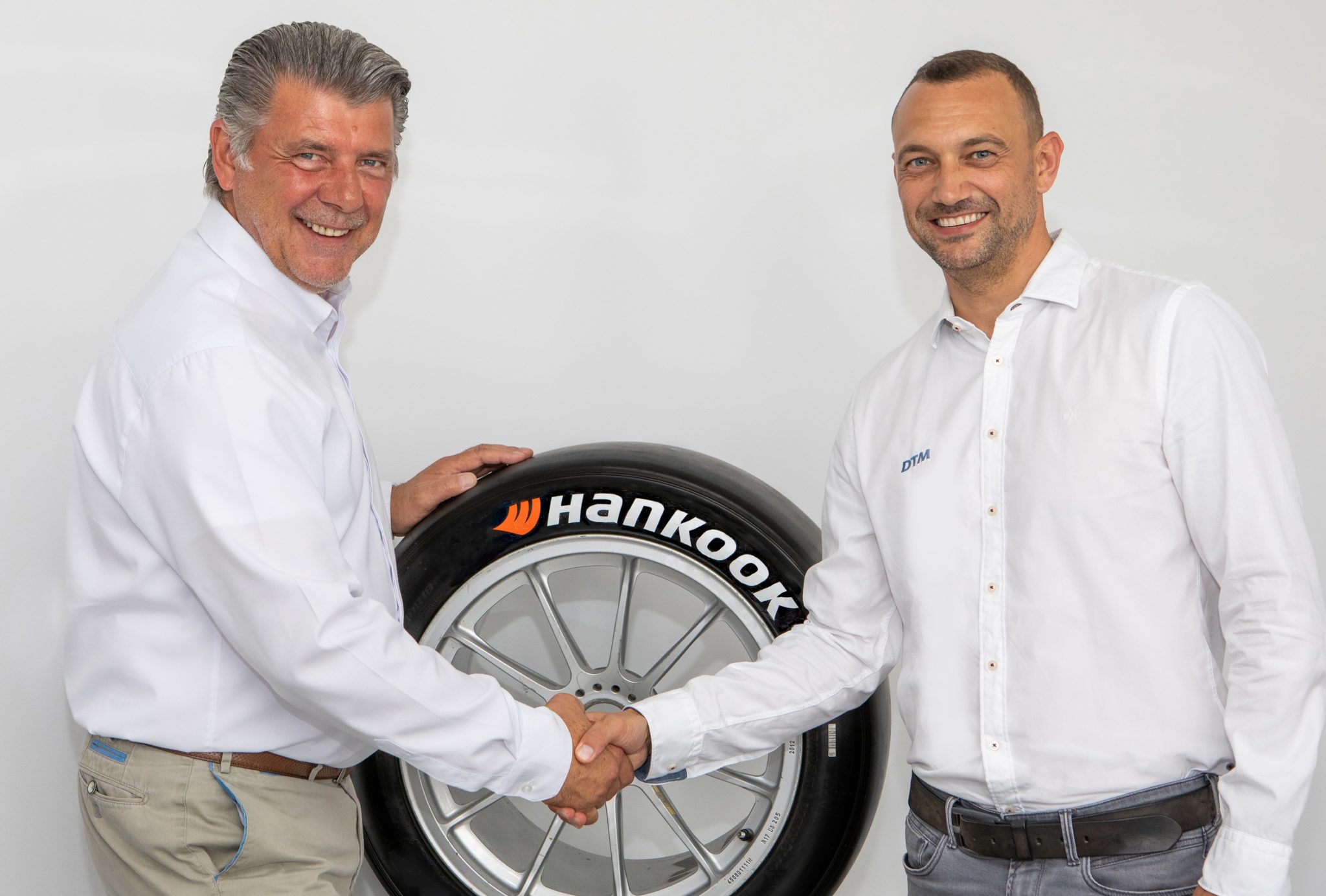 Hankook will continue as the exclusive supplier of DTM for the next four years, having signed an early extension to its partnership contract with DTM marketer ITR. The tyre maker has been involved in one of the most popular international touring car series as official partner and exclusive tyre supplier since 2011. The new contract means Hankook will become the longest-standing tyre supplier in the history of the international racing series.

The current DTM season features racing cars based on production models from three of the world’s premium automobile manufacturers. Audi and BMW have this year been joined by luxury sports car manufacturer Aston Martin. The 2019 season has also seen the introduction of new technical regulations, in accordance with the international Class 1 regulations, which have resulted in far more powerful DTM cars. They are more spectacular and capable of considerably quicker lap times. As well as the drivers and teams, the tyre aspect is also becoming ever more important. In the future, the Hankook Ventus race tyre will continue to take care of this element of racing at the iconic DTM circuits, as it has done so successfully in the past.

ITR chairman Gerhard Berger said: “In terms of technology and quality, the DTM requires the very highest standards from its partner-manufacturers. This season in particular the demand on the tyres has significantly increased as a result of the new 600+hp turbo engines. Hankook’s competition tyres have continually met all our requirements, and have more than proven their huge performance potential. The early extension of our established partnership reflects the trusted and professional co-operation that exists between the two parties.” “We are pleased to have once again been selected as the official, exclusive supplier to arguably the most popular international touring car series in the world,” says Hyun Bum Cho, president and CEO of Hankook Tire. “With its international platform, the DTM offers us the opportunity to continuously demonstrate our established technological know-how and to strengthen our global presence on the motorsport scene.”

Achim Kostron, managing director ITR GmbH, added: “We are delighted that Hankook wants to continue to work alongside us promote the proposed internationalisation and growth of the DTM. As an internationally renowned brand and OEM to premium automobile manufacturers, Hankook’s long-term involvement in our race series further underlines the status of the DTM as a renowned technology and marketing platform.”

“Next week’s race at the Norisring in Nuremberg will be the 123rd DTM race on our Ventus race tyre,” says Manfred Sandbichler, motorsport director at Hankook Tire Europe. “There has not been a single tyre-related retirement so far. As well as the extremely professional environment in the DTM, this is an important element in providing the very highest standard of spectacular motor racing, in which the focus is on the fans and the drivers.”

Hankook’s Ventus Race line is now established in national and international motor racing and rallying. In addition to DTM, these tyres are used in the 24H Series powered by Hankook, the W Series, the Formula Renault Eurocup, the 24H Nürburgring, F3 Americas and the CJ Super Race. Junior formats such as FIA F4 Spain, SMP Formula 4, and the F4 British Championships certified by FIA, also run on the Ventus Race.