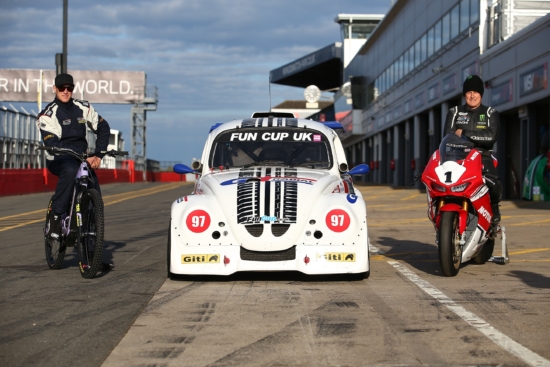 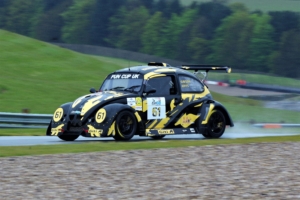 Racing with Ellis Hadley, senior test engineer at Giti Tire, the GT Radial team finished a respectable 12th. The trio only had the opportunity to drive the car in dry conditions on the Friday prior to terrible weather conditions on the Saturday. By race end both drivers were setting lap times quicker than seasoned Fun Cup entrants.

Brian McDermott, country manager – UK for Giti Tire, said: “We all know the importance of social media, so we are taking the opportunity to invite racing legends and celebrities into GT Radial car 97 so they can enjoy the series’ unique challenges, race on our tyres and share their experiences with their followers.”

Gibson added: “Scott raced with us last year in the Thruxton meet which started a conversation on the 2021 season, and it was decided we would enter a team this year to race for the Championship. With two seasoned drivers and a dedicated team, we are looking to be in the mix come the final race in November.”

Graham Mitchell, wholesale sales director for Micheldever Tyre Services, exclusive distributor of GT Radial in the UK, added: “The utilisation of the Fun Cup Endurance Championship alliance gets bigger and better every year and we are seeing extra TV, print and online coverage.

“This can only be fantastic news for the GT Radial Performance Centres (GTPC) as we continue to raise consumer awareness of the brand and support our growing network of independent tyre and garage businesses.”

The Fun Cup Endurance Championship, originally known as the VW Fun Cup, was launched in the UK in 2002 with the clearly defined objective of providing cost-effective, close, exciting racing.

Davanti Davanti: the DX440 is the future of van fleet tyres