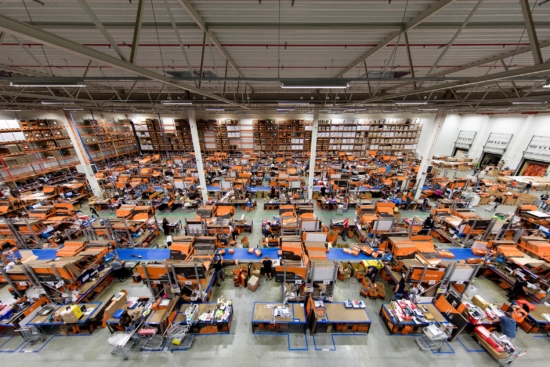 Some of Autodoc’s fastest gains came from Great Britain, where sales increased by over 80 per cent (Photo: Autodoc; Dirk Dehmel)"

Online car parts business Autodoc is reporting sales of 600 million euros in the first three quarters of 2020, up 40 per cent compared to the same period last year. In 2019, the company’s revenue between January and September amounted to a total of 434 million euros. Autodoc chief executive Alexej Erdle has now set his sights on the previously announced sales target of 800 million euros by the end of the year, up from 615 million euros in 2019.

Autodoc expanded its range of products to include tyres and motorbike parts relatively recently. This appears to have been a good decision, with the tyre business having tripled its sales compared to the first three quarters of the previous year. But even the motorbike parts unit, which is still in its start-up phase, almost doubled its sales in the same time span.

Some of the company’s fastest gains came from Great Britain, where sales increased by over 80 per cent. Autodoc also had particularly strong growth in its core markets of Germany and France during the fiscal year 2020, with sales rising by well over 50 per cent in the two countries.

The company’s own brands, Stark and Ridex, also contributed to the above-average business development with sales growth of 65 per cent compared to the same period last year.

Furthermore, Black Friday, which fell on 27 November 2020, saw Autodoc set new record for the number of orders in one day by exceeding 80,000 in total. Traditionally, October and November are among the strongest sales periods of the year before business usually slows down over the holidays at the end of December.

Moving forward, the spare parts aftermarket is likely to benefit from the continued reluctance to buy new cars. In Germany, for instance, the average age of the vehicle fleet in 2020 has increased by 0.1 to 9.6 years, according to the Federal Motor Transport Authority (KBA).

Autodoc describes itself as Europe’s leading online outlet for automotive spare parts. As the fastest growing business in this sector, with a rise in turnover of 48 per cent in the 2019 fiscal year to around 615 million euros (2018: 415 million euros), Autodoc is continuing to expand its base. As a result of its successful expansion drive, Autodoc with its group-wide workforce of around 4,000 employees is now represented in 26 European countries outside of Germany. Autodoc sells 2.5 million products from 870 brand manufacturers for 166 makes of car.

Continental’s electric vehicle work to be carbon-neutral by 2022