You are here: Home1 / News2 / Editorial/Comment3 / An unprecedented year for the tyre business

An unprecedented year for the tyre business 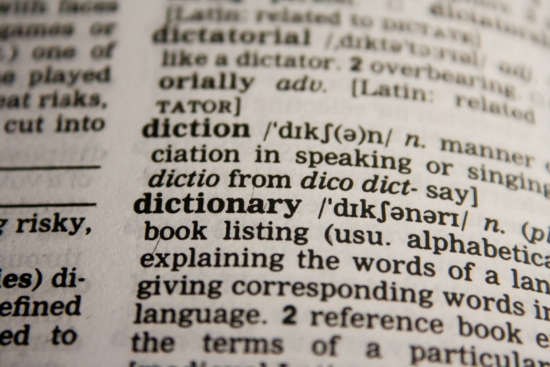 On 23 November, Oxford Dictionaries declared that “unprecedented” is the word of year. Normally the world famous English language experts choose just one word to sum up the preceding 12 months, but such was the cumulative uniqueness of the series of events that has characterised 2020, this year they chose several “words of an unprecedented year” – a move that is itself unprecedented. So why not use their zeitgeist-capturing collection of novel verbiage as a way of reviewing 2020 from a tyre business perspective?

Oxford’s first-quarter words (bushfire, impeachment and acquittal) may illustrate what was happening at the time, but they offer limited connection to tyre industry – except perhaps impeachment. More on that later.

The second-quarter lexicon, however, features words such as coronavirus, Covid-19 and lockdown as well as – thankfully – reopening.  Of course, the global pandemic has had an undeniable impact on the global tyre business, but while certainly challenging, things don’t appear to have faired as badly as expected (see page 10 of the December issue). And yet, when I look back to our reporting on this subject during the first months of the year when we ran a series of articles between 5 and 7 February, I can remember asking if we would be perceived as spending too much time on what was then a Far-Eastern crisis. In retrospect, perhaps we didn’t give enough time analysing what became a global challenge.

By the time Covid-19 and its resulting lockdowns began lifting across Europe, we initiated our first tyre industry webinar called kick-starting your tyre business. With meeting face-to-face more difficult than ever – and on some occasions prohibited – we were pleased to help narrow the gap with a whole tranche of video-based content culminating in the inaugural virtual Tyre Industry Conference held on 5 November in association with the NTDA and supported by CAM. Not only have the resultant videos generated viewing figures in the thousands, the hours of content that resulted from it have inspired several of the articles in this edition. These can be read in the “Review of the Year” section (beginning on page 10) as well as our monthly UK market feature (beginning on page 20).

During the summer of 2020 phrases like “Black Lives Matter” and “Cancel culture” took root in English-language discourse. Normally such cultural changes aren’t the focus of the tyre industry. Yet President Trump’s attempts to incite a boycott of Goodyear tyres due to its apparent support for the sentiment behind Black Lives Matter, paradoxically embodying the cancel culture he claimed to despise, provides another example of the unprecedented nature of this year. Enough has been said about that particular incident, but now that Joe Biden has been recognised as the apparent winner of the recent US election, we take a look at what the administration of President-elect Biden might mean for tyre industry share prices as part of this month’s Company News section (see page 30).

Continuing the retrospective theme, December’s issue also features our annual Motorsport Review. Here, we look back over the year in motorsport as you might expect, But, once again, we can’t avoid uttering the ‘c-word’. After lengthy delays, many key series got under way in the second half of the year – but some fell victim to the year’s extraordinary events. Still, as we go to press, Motorsport UK has confirmed that the sport will resume in England, subject to local restrictions, with effect from 2 December when the second national lockdown period expires. Venues in Tier 1 and Tier 2 regions will be allowed to admit spectators on a limited basis, which will be a welcome return for many.

Having spent all this time considering what has happened this year, we also have to look forward. And while much of this issue covers the positive trends of this year – such as the uptick in online tyre business and the boom in the van tyre segment – it is also a theme we will return in the opening months of 2021.

Now, with all that said and with 2020 all but behind us, I am genuinely pleased – this year more than ever – to wish all our advertisers, subscribers, suppliers and indeed the whole tyre business a very merry Christmas and a happy, healthy and prosperous 2021 on behalf of everyone at Tyres & Accessories.

An ‘unbeatable package’ of performance & price: UK launch for Alliance...