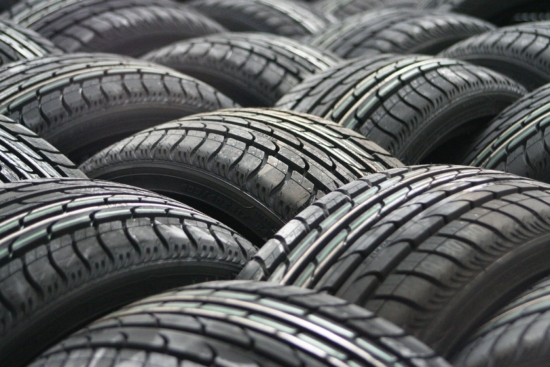 This publication stands by a long-standing precedent of being a-political. Rather like the saying that it is bad manners to talk religion or politics while dining, we have historically opted not to take a line on such issues. Propriety aside, there is another particular good reason for this approach. During the nearly eight decades since Tyres & Accessories was published in 1946, 16 prime ministers and many more governments have come and gone, but one thing has remained: the motoring public’s demand for tyres has continued and even grown in the medium and long-term. But this column isn’t finishing school, so why the discussion on protocol? We don’t normally engage in politics, but this month politics engaged with the tyre business more directly than ever before when US President Donald Trump told US motorists: “Don’t buy GOODYEAR TIRES”, adding: “Get better tires [sic] for far less!” (see pages “President Trump attacks Goodyear” for further details of the furore).

We are not here to speak on behalf individual companies, but there are many reasons a president shouldn’t initiate the boycott of a particular brand, especially one as well-known, reputable and law-abiding as Goodyear. Politics and governmental policy aside, there are questions of independence and decorum. And then there are points of fact.

During an official press conference shortly after President Trump’s initial comments, POTUS pointed the finger at Goodyear’s senior leadership, saying: “…you can’t wear a MAGA hat, but you can have other things that are Marxist in nature, there’s something wrong with the top of Goodyear.” Trump’s implicit parallel between Goodyear’s top executives and communism represents a clear departure from reality, especially when you consider that (as of 2015) Goodyear president Richard Kramer was earning as much as 323 times the average salary of one of the company’s employees. Indeed, for this reason alone, the President’s comments are simply ludicrous.

However, since it is squarely about tyres and therefore well within our jurisdiction, it is the second part of Donald Trumps tweet attack on Goodyear that I want to draw attention to. “Get better tires [sic] for far less!”, the President told the nation. The questions are: which tyres? Are they really better? And can they really be bought for “far less”?

In order to answer the question of which tyres? We have to follow the President’s America First policy through, ruling out any non-US-made tyres. Once Goodyear is crossed off the list, this leaves Continental, Cooper, Giti, Hankook, Kumho, Michelin, Pirelli, Nokian and Yokohama. Obviously, Goodyear aside, all but one of the domestic US tyre manufacturers are owned by non-US companies. Therefore, President Trump is either advocating exclusively for the brand on the opposite side of Ohio from Goodyear, or he is contradicting himself.

Assuming, POTUS wasn’t just trying to win more votes in Findlay, Ohio, and that he would happily support any tyre made in the USA, are these brands “better” than Goodyear? There is no doubt that amongst those companies listed, numerous premium-quality products can be identified. However, enter a common size like 205/55 R15 V into our WhatTyre.com search engine and you will see that Goodyear’s EfficientGrip Performance scores 9.04 out of 10 and competes with (sometimes beating) the best tyres in the world produced by the likes of Michelin, Bridgestone and Continental on the basis of its AB 68 label rating and consistently strong magazine tyre test performance. Therefore, it won’t be easy for President Trump to simplistically find “better” tyres.

And what about the price tag? Again, if we assume the widest range of choices are available, then yes the Far Eastern-owned brands will be cheaper than Goodyear. But, while some perform increasingly well, as we have just seen Goodyear tyres are not easy to beat in tyre tests. Furthermore, in the UK at least, Goodyear’s tyres are regularly found to be amongst the most competitively priced premium products in the market – something that makes a mockery of the President’s “far less” assertion.

Put all this together and it is difficult to see how President Trump’s criticism can withstand scrutiny. And therefore we have to ask again, exactly which tyres Mr President?