End of the line for German tyre wholesaler RS Exclusiv 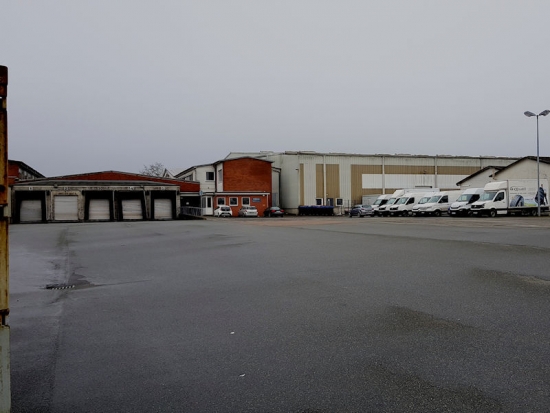 Some ten weeks ago, German tyre wholesaler RS Exclusiv Reifengroßhandel GmbH entered insolvency as part of the Fintyre Group’s operations in Germany. It now seems that the company’s days are numbered. The insolvency administrator’s office confirmed the sale of RS Exclusiv’s headquarters site north of Hamburg to our German partner magazine, Neue Reifenzeitung. The wholesaler has quarter of a year to pack its things and go. But the insolvency administrator also reports another, more cogent reason for winding up the business.

The site belonged to Thomas Schmidt, founder and former owner of Rs Exclusiv. He retained the property following the business’s sale to Fintyre late in 2018. Since its acquisition by Fintyre, the now-insolvent business has only been a tenant at its headquarters site in Hohenwestedt. Schmidt has now sold the property to another company, an online retailer with no connection to the tyre industry. As the purchaser intends to use the site for its own purposes, the current tenant is legally required to vacate the premises. It will do so by 31 July.

No interest from investors

Sebatian Brunner, spokesman for insolvency administrator Miguel Grosser, emphatically stated that RS Exclusiv would not move into another property. After searching for weeks to find investors interested in acquiring individual companies belonging to Fintyre’s insolvent German operations, not a single offer has been made for RS Exclusiv. “There is currently no alternative to preparing for winding-up the company,” says Brunner. This seals the 1992-founded tyre wholesaler’s fate. Even former RS ​​Exclusiv employees now opine that the company has “zero chance” of a future.

The effect this has on the company’s 43 remaining employees is easy to imagine. During the past few days, insolvency administrator Miguel Grosser has already laid off four sales employees. They will leave the company at the end of May. All other employees are still with RS Exclusiv for the time being and will be tasked with clearing the warehouse prior to its handover to the buyer. Regular wholesale business has not taken place at the site since the beginning of the bankruptcy process early in February. The most recent inventory included approximately 180,000 tyres as well as stored customer wheels sent by TyreExpert outlets following seasonal tyre changeovers. The owners of these wheels may collect them. According to unofficial reports, the property’s new owner may be interested in employing some of RS Exclusiv’s warehouse workforce.

In addition to the RS Exclusiv wholesale operation, the Hohenwestedt site also houses the administration functions of TyreExpert, a 26-outlet tyre retail chain also acquired by Fintyre at the end of 2018. The insolvency administrator says he’s negotiating to relocate employees involved with this business. He doesn’t provide any further details regarding the future of TyreXpert Reifen + Autoservice GmbH, but the fact that Grosser is trying to relocate the administrative staff can at least be viewed as a positive signal for the 107 employees. TyreXpert Reifen + Autoservice GmbH is not a subsidiary of RS Exclusiv Reifengroßhandel GmbH, rather a sister company and thus only indirectly affected by the end of the wholesale business.