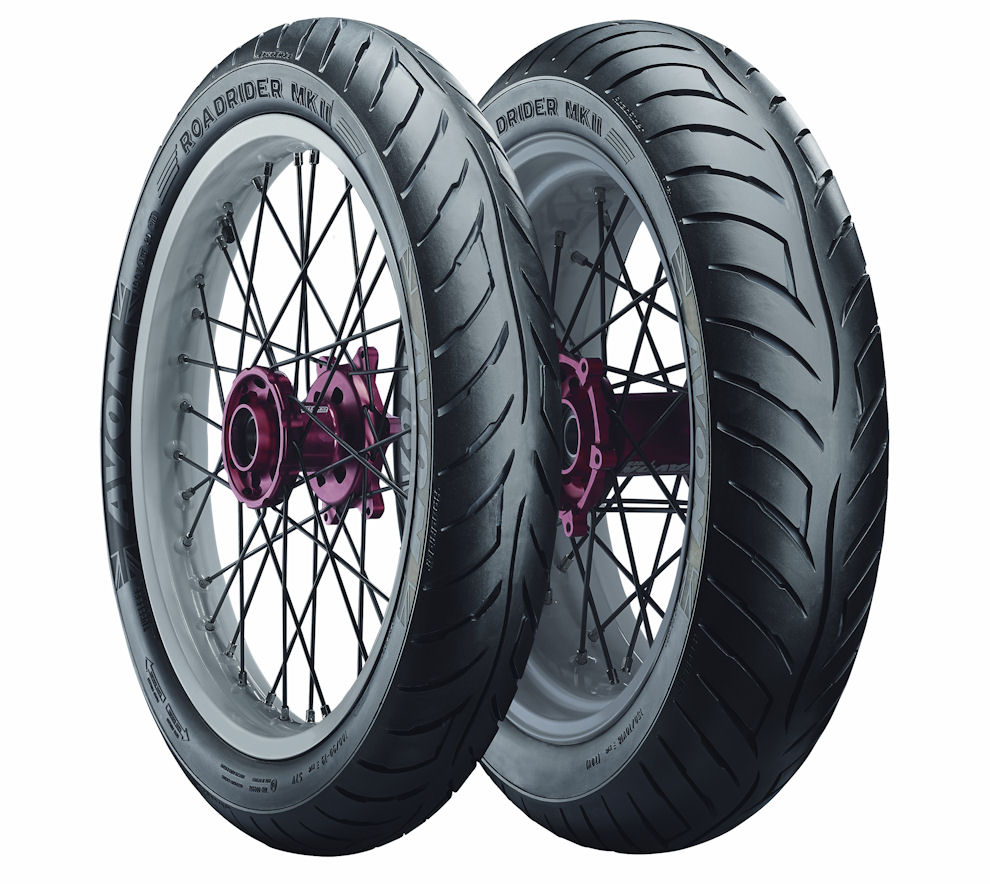 A successor to the Avon Roadrider has arrived, and guess what it’s called? Avon Tyres says its Roadrider MKII sport touring motorcycle tyre brings “several design and performance improvements” over its predecessor.

A total of 31 sizes and 37 specifications of Avon Roadrider MKII are available. This range covers H and V speed ratings and universal options. In addition to the expanded size offering, a classic tread and sidewall appearance make the tyre suitable for bikes of all ages.

“The Roadrider MKII will enable us to build on the success of the Roadrider,” comments Dominic Clifford, Avon’s global motorcycle manager. “Our design team have done a brilliant job to take the many successful elements of the Roadrider and improve them further. Given the strong benchmark, this was no mean feat.”