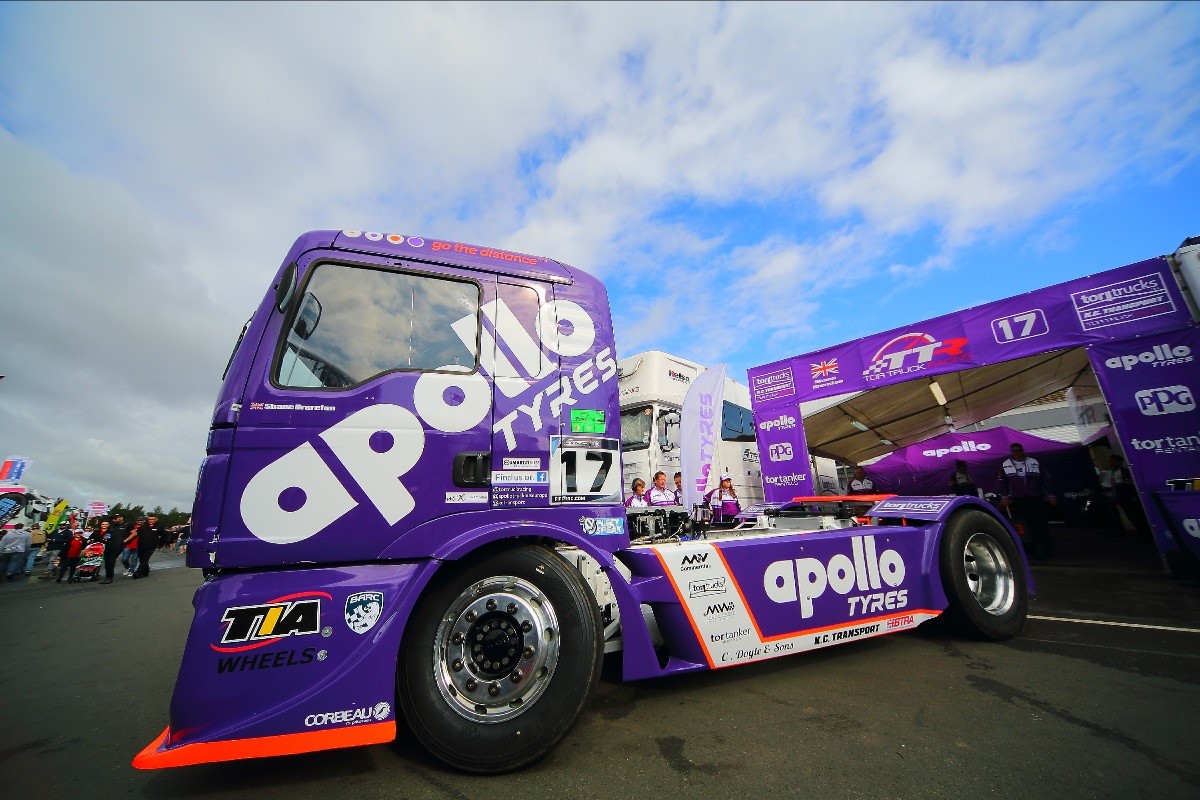 The Apollo Tyres TOR Truck Racing team will bring its racing truck ‘Thelma’ to Le Mans on 28-29 September for its final 2019 appearance on track. The team has been making a few alterations to the racing truck following a successful weekend at the ‘Convoy in the Park’ event at Donington in August, in preparation for the penultimate rounds of the European Truck Racing Championship.

Team driver Shane Brereton is confident that there is more to come from the Apollo Tyres-liveried truck: “As ever, we will be looking to be competitive whilst we learn more about Thelma’s capabilities. We worked hard at Donington to achieve three podium finishes and we will gain more experience racing on the Bugatti Circuit against Europe’s elite truck racers.”

“The team looks forward to welcoming guests of Apollo Tyres in France and providing them with an entertaining weekend of truck racing; this is an opportunity for many of the guests to understand what it is like to be involved with this kind of top level racing.”

Apollo UK TBR sales manager Steve Miller commented: “Apollo Tyres’ brand awareness has risen since our involvement in this venture, even surpassing our expectations. The level of support we have witnessed from members of the public and those associated with the truck and transport industry in general have allowed the company to promote the whole TBR product range to an audience who was unaware of our existence until a few months ago.”

“Thelma has certainly enjoyed her limited time in the spotlight this season and Le Mans is a wonderful circuit to promote our Endurace products to such a knowledgeable audience.  We are hopeful she will “Go The Distance” in the four races scheduled for the weekend.”

Apollo Vredestein’s European range of Apollo TBR tyres is designed specifically for European vehicles and road conditions, extensively tested over 250 million kilometers across six European countries by around 50 fleets and driver partners. In the UK, the brand is distributed by wholesaler Treadsetters, whose parent company, the TIA Group’s logo appears as part of Thelma’s livery.