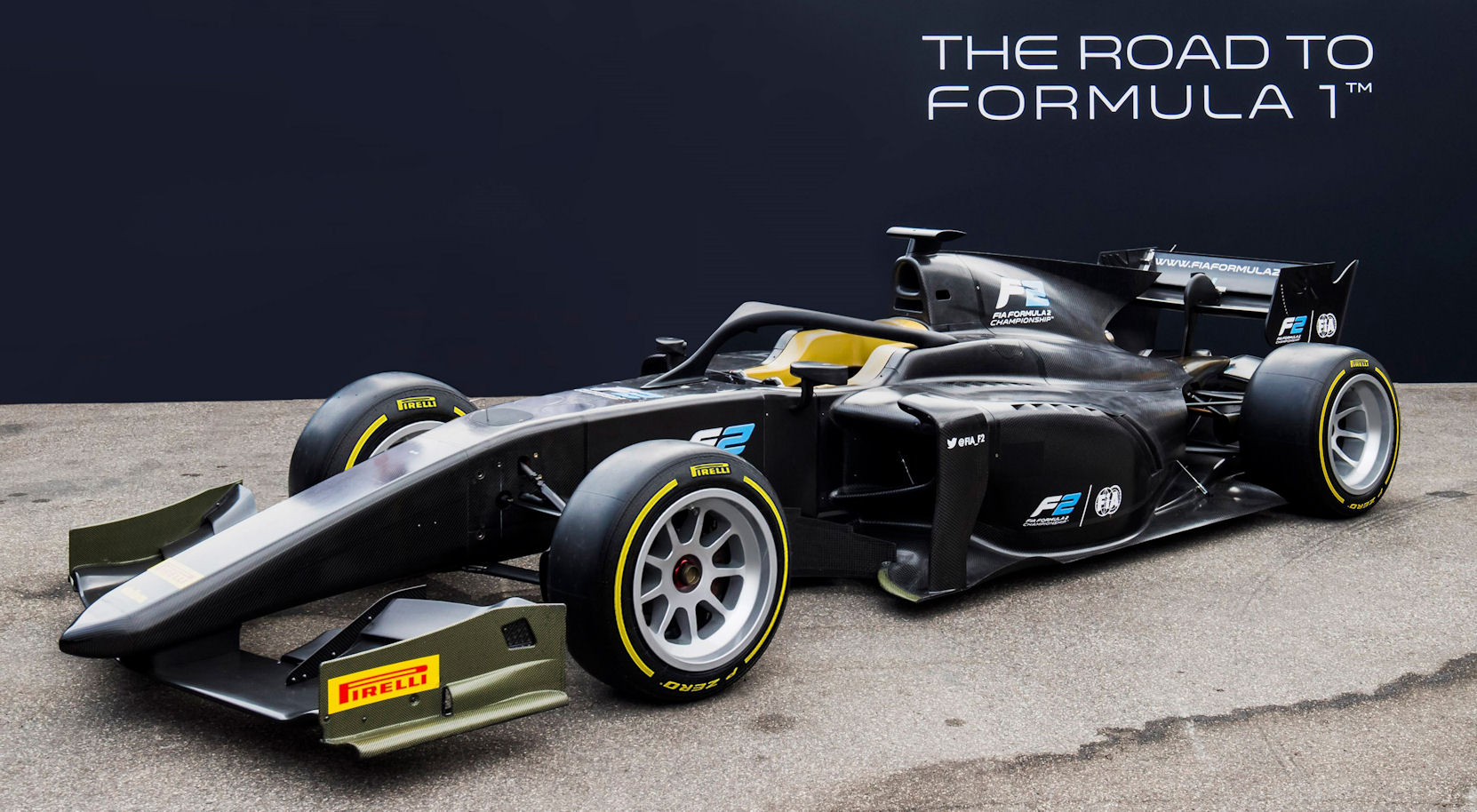 In 2021, Formula 1 will bid farewell to 13-inch rims and tyres with chubby sidewalls, with the switch to an 18-inch dimension taking place that season. The onus falls upon exclusive tyre supplier Pirelli to develop rubber for the 2021 F1 cars, and Pirelli says its development will be greatly aided by the adoption of the 18-inch tyre size in ‘feeder’ series Formula 2 from 2020.

Formula 1 and the FIA have announced that, as of 2020, all cars racing in the FIA Formula 2 Championship will be fitted with 18-inch Pirelli tyres. Pirelli states that this choice, which is subject to approval by the FIA World Motor Sport Council, is inspired by the desire to test and develop the tyres planned for use in F1 from 2021 onwards “in a racing environment as competitive and technologically advanced as Formula 2 is.”

The tyre maker will work with relevant parties on an “intensive testing programme with an F2 single-seater” during the 2019 season to develop the tyres. The first shakedown took place at the Autodromo del Mugello track on 8 May.

“The FIA Formula 2 Championship marks the final step in young drivers’ careers as they strive to achieve a place in Formula 1, and with these plans to introduce, test and develop a new tyre profile next season ahead of its introduction into F1, we are showing that Formula 2 is not only the place to prove the top driving talent but also the latest technologies,” says Stefano Domenicali, president of FIA Single-Seater Commission. “Former F2 drivers have been very impressive so far in the 2019 F1 season, and the more we can make Formula 2 aligned with the technical and sporting philosophies of Formula 1 the better prepared young drivers will be to come and take on motor sport’s top challenge.”

“The FIA Formula 2 Championship has already proven to be the best possible feeder series for young rising talents who aspire to succeed in Formula 1 and now it’s going to be used as a feeder for technology,” comments Pat Symonds, chief technical officer, Formula 1. “It’s a great opportunity for our sport that the tyre development for 2021 can be done not only during bespoke testing but also in a racing environment. The amount of data that Pirelli and Formula 2 will be able to collect in the next 16 months will be very important for the next generation of Formula 1 tyres.”

Important to race with the same type of tyre as F1

“This is a great opportunity for Formula 2 and our drivers: we are the training ground for Formula 1 and as such it is important that we race with the same type of tyres as the ones used in F1,” opines Bruno Michel, chief executive officer of FIA Formula 2 CEO. “I am very pleased that F2 will race with the 18-inch tyres as early as 2020, which means that the drivers who will graduate from our championship to F1 in 2021 will be able to adapt even quicker. This is not the first time that we have been a testbed for F1 and in the past, some new elements were implemented at our level before then being applied to F1. The next step is an intensive development programme to ensure that everything is ready for next season, notably an upgrade kit for our 2018 cars to fit the new tyres.”

Mario Isola, head of F1 and Car Racing at Pirelli, adds: “We are delighted to introduce 18-inch tyres to grand prix weekends next season, a full year before they race in Formula 1 as the next chapter of our pioneering and proactive partnership with Formula 2. This move will assist us greatly as we develop a new generation of Formula 1 tyres for 2021, and also benefit next year’s Formula 2 drivers themselves as they gain early experience of the future tyre size in Formula 1.”