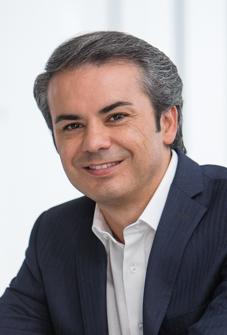 Bahri Kurter has been appointed Nokian Tyres’ new senior vice president, Central Europe. The tyre maker reports that he will take up the position in July 2019 at the latest, joining Nokian Tyres from Groupe SEB, where he was general manager D-A-CH (Germany, Austria and Switzerland). Previously, Kurter served in various leadership positions at Puma, Nike and Procter & Gamble.

Commenting on the new appointment, Hille Korhonen, president and chief executive officer of Nokian Tyres, said: “Bahri Kurter has an extensive background from the Central European market. His familiarity with the consumer goods and retail business in Europe as well as sales management will be a major asset to us as we are aiming at growing our sales by 50 per cent in Central Europe.”

The appointment of Kurter comes almost half a year after Pontus Stenberg left Nokian Tyres. The senior vice president of Nokian’s Europe region parted ways with the company in December 2018, around the time it announced the Europe region would be split into separate Central Europe and Nordic regions. Stenberg is now chief executive officer of Finnish transportation company Simeon. Anna Hyvönen is in charge of Nokian’s Nordic region.

As a member of the Nokian Tyres management team, Kurter report directly to Hille Korhonen.