You are here: Home1 / News2 / Motorsport3 / Yokohama supported TCR UK series goes down to the wire at Donington 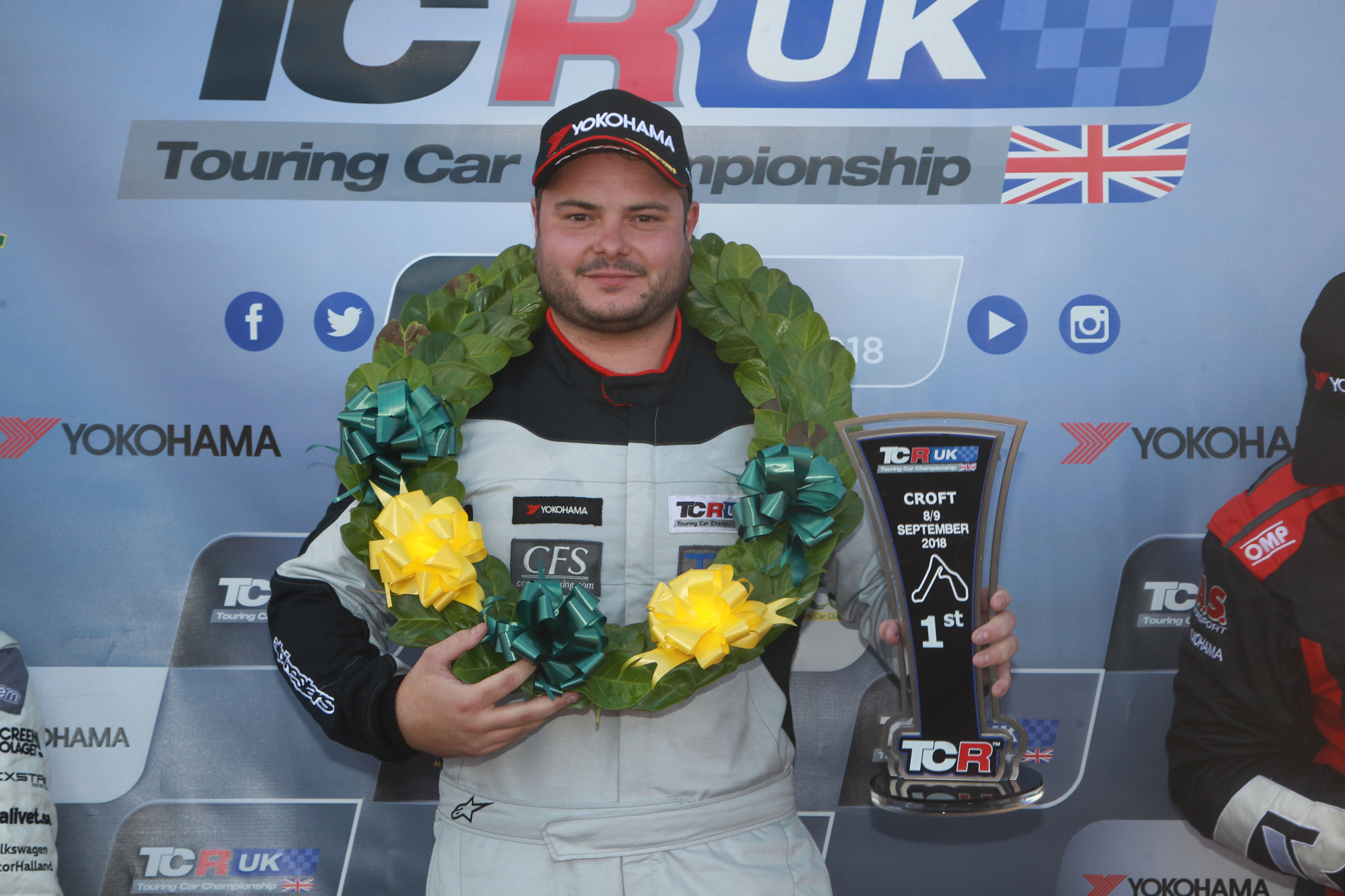 The 2018 TCR UK season, supported by tyre supplier Yokohama, is to go down to the wire at its Donington Park finale this coming weekend. Pyro Motorsport’s Ollie Taylor reignited his championship challenge behind the wheel of his Honda Civic in Yokohama-supported TCR UK series at Croft circuit, leaving the series finely poised.

After claiming his maiden pole position in changeable conditions and an unfamiliar Honda Civic, WestCoast Racing’s Andreas Bäckman took a lights-to-flag victory in race one, ahead of championship leaders Ollie Taylor and Dan Lloyd.

Taylor started race two in pole position and led into the first corner ahead of Verizon Connect Racing’s Finlay Crocker and race 1 winner, Andreas Backman. Further back, championship leader Dan Lloyd hauled his Volkswagen Golf into fourth place but disaster struck at the chicane as he hit the kerbs and speared off the circuit into the infield with suspension damage which forced his retirement from the race.

Taylor went on to secure his second win of the season ahead of Crocker and Bäckman, making it a podium lock-out for Honda and slashing Lloyd’s championship lead to just 31 points with two races of the season remaining.

Speaking on his victory, Ollie Taylor remarked, “That’s what we wanted, wasn’t it? A lights-to-flag win. It was great, that’s what we came for this weekend.”

Meanwhile, Mark Evans, head of motorsport for Yokohama praised the event saying, “What a fantastic weekend which has now left everything to fight for going into the final rounds next month. We couldn’t have hoped for a better conclusion to the season. From a tyre perspective, this weekend was always going to be challenging because of the abrasive nature of Croft, but the tyres have lived up to expectations and given us a great spectacle once again.”

The final round of the inaugural TCR UK series takes place at Donington Park on 13-14 October.