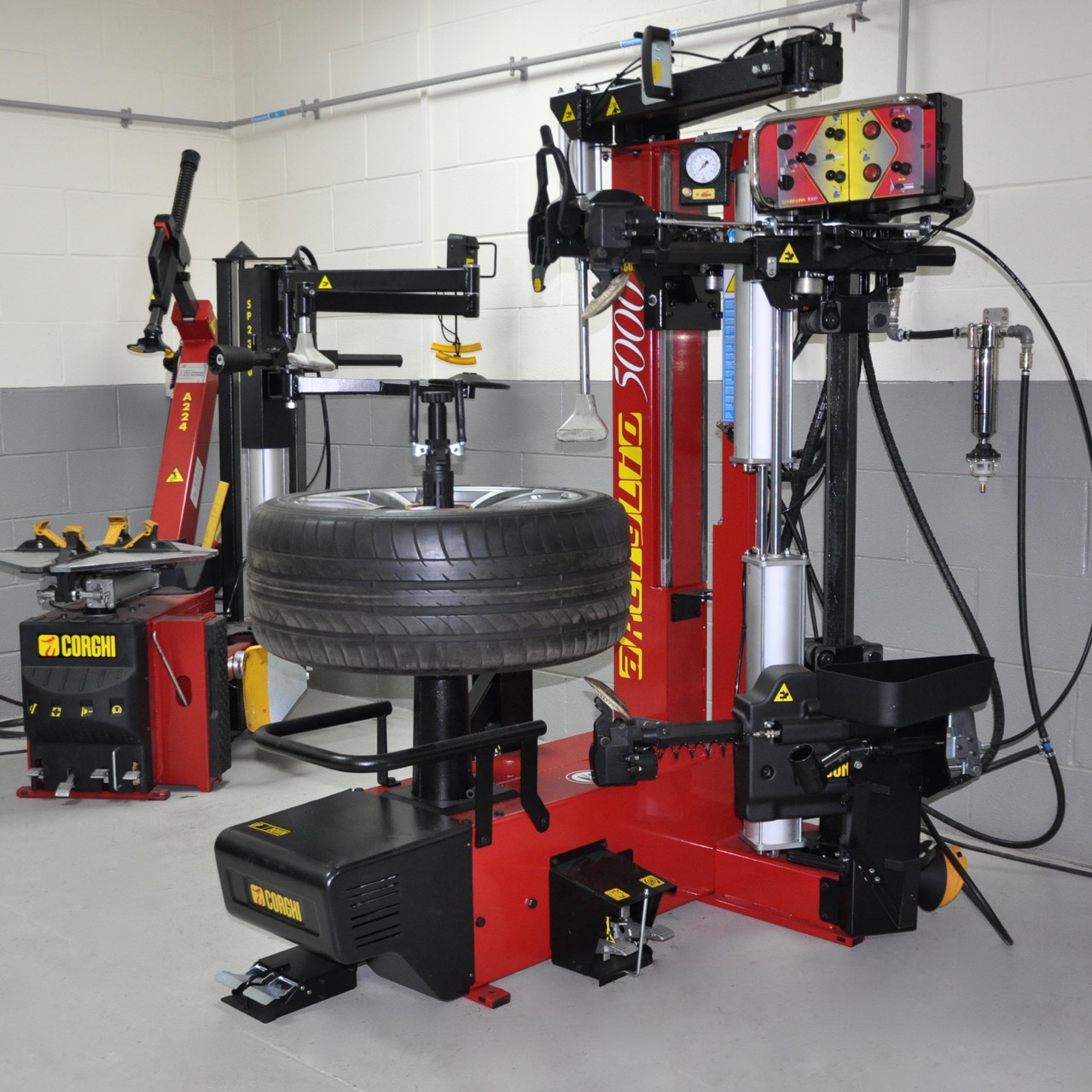 Rema Tip Top was presented with the Tyre Industry Award for product innovation for a product it calls a “revolutionary, innovative and economic solution” designed to preserve workshop tools and equipment. The Expel compressed air filtration device eliminates condensate pervasive in compressed air systems, removing 99.9999 per cent of liquid, oil, water and other contaminants down to one micron when installed at point of use.

Industry technicians and plant operatives acknowledge that excessive condensate in compressed air systems present one of the greatest hazards to operational efficiency and longevity of tools and machinery. Condensate is essentially an environmental by-product, formed when air cools below saturation (or dew) point. Aside from its prevalence in industrial applications the phenomenon is entirely beneficial to the world’s weather and eco-systems. However its effect within industrial applications and components can trigger and hasten corrosion in equipment, motors, valves, instruments and pneumatic systems. Rust, scale and debris can ultimately promote premature ageing, malfunction and systematic equipment failure. Pressure reduction in the line due to build-up can subsequently affect performance efficiency and production output.

In almost every operation, clean and dry compressed air will result in lower operating costs; while various solutions exist to counter condensate levels in compressed air systems, they can be costly and still produce an unsatisfactory outcome. Rema Tip Top argues Expel is “an infinitely more simplistic and effective proposition.”

While conventional filters often remove water using the cyclonic method, the Expel contains patented multi-directional vanes and clarification chambers. These vanes and chambers force the coalescence of all water into tiny droplets which are then removed by the filter allowing a 99.9999 per cent removal rate of the water, and emulsion fluids (oil and water mix). As part of this initial phase Expel removes 96 per cent of all contamination, while during the second stage the internal unitary vertical body (UVB) polishes the compressed air still further, thus removing the final 4 per cent before exiting the filter air outlet. Most common conventional compressed air water separators achieve less than 92 per cent efficiency.

Typical cyclonic separators experience notable drops in performance when the air velocity is irregular and are problematic with stop/start air flow. Conversely Expel reaches optimum performance within a fraction of a second. The compressed air system will significantly retain proximate optimum pressure with the integration of the Expel unit. Maximum pressure drop across the unit is 0.1 bar (1.45 PSI). Unlike conventional filters, the Expel does not retain the particulates it removes, so the pressure drop does not increase over time, thus saving energy costs and improving overall system performance.

Conventional water separators rely on both a consistent flow and velocity to work efficiently. Due to the Expel’s patented technology, it will perform to its maximum efficiency regardless of the flow rates, and even under pulsed stop/start conditions, Rema Tip Top states. The indicator on the top of the unit is to provide a visual warning that the unit is under pressure. Once the system is pressurised, the indicator will turn red. A fail-safe locking mechanism within the unit will prevent the unit being opened when under pressure. Customers who purchase the Expel 30 frequently remark on its robust and ergonomic design, Rema Tip Top adds. The external body and head of the Expel are Grade 304 stainless steel and the internal filter element is made from an industrial ABS polymer. Water removal frequency can vary dependent upon the temperature and environment, but Expel’s efficiency means maintenance can be more frequent in comparison to conventional filters. Therefore, technicians can add a new automatic float drain to automatically discharge liquids and particulates. The float drain is made for working pressures up to 16 bar, and connects directly to the ½” male BSPT thread at the base of the unit. A 6mm diameter pipe can be connected to the base of the drain to control the flow of the discharged fluid into a suitable container for disposal.

The distributor provides an installation service, though customers may be equipped to install the device without significant technical ability. Not reliant on mains power, Expel can be fitted in multiple zones, meaning expensive tyre changers, air tools, inflation device or spray booths can all benefit from clean dry air at point of use. The unit can be fitted with the standard issue tap that manually opens to drain any of the collected water. It is supplied with a two-years manufacturer warranty.

The device is designed and tested in accordance with the strict criteria of ISO12500, which is the validated performance criteria specifically outlined for compressed air filters. Previously, ISO8573 was the defined standard for compressed air quality, however this related to the air quality of the system in its entirety and was not component specific. ISO12500 is the further refined ISO test, which is component specific.

Typically, the most common Expel filter for automotive and workshop applications is the Expel 30. The unit handles a compressed air flow from 5-30 CFM (140-850 L/Min). Most tools and compressed air equipment will state on a label what compressed air usage they require. They will also state an operating pressure in Bar or PSI. The Expel units are designed for use in applications up to 15 bar (217 PSI).

In some cases, a pre-existing refrigerant dryer may still report the presence of water in the airline at point of use. If this is the case, Rema Tip Top advises installing an Expel at point of use in conjunction with the existing dryer to remove final droplets of water.

Installation is recommended within six metres of point of use. This is to minimise the effects of temperature reduction after the filter, preventing downstream condensation. Installing the Expel at point of use ensures that all liquids and particulates are eliminated from the compressed air when it reaches the equipment. If a tool requires a lubricator, this must be installed after the Expel unit. The Expel will remove all liquids and oils, so would remove any oil introduced by a lubricator if the Expel was installed after this.

Since Expel was launched in early 2018 the uptake from small independent workshops to national tyre and auto-centres has been significant, Rema Tip Top states. The Expel product is creating a beneficial impact on business and enthusiasm to this fledgling product is now transcending international borders. Rema Tip Top exhibited Expel at The Tire Cologne, where an operational rig was used to demonstrate its credentials alongside a separate airline fitted with a traditional water trap.