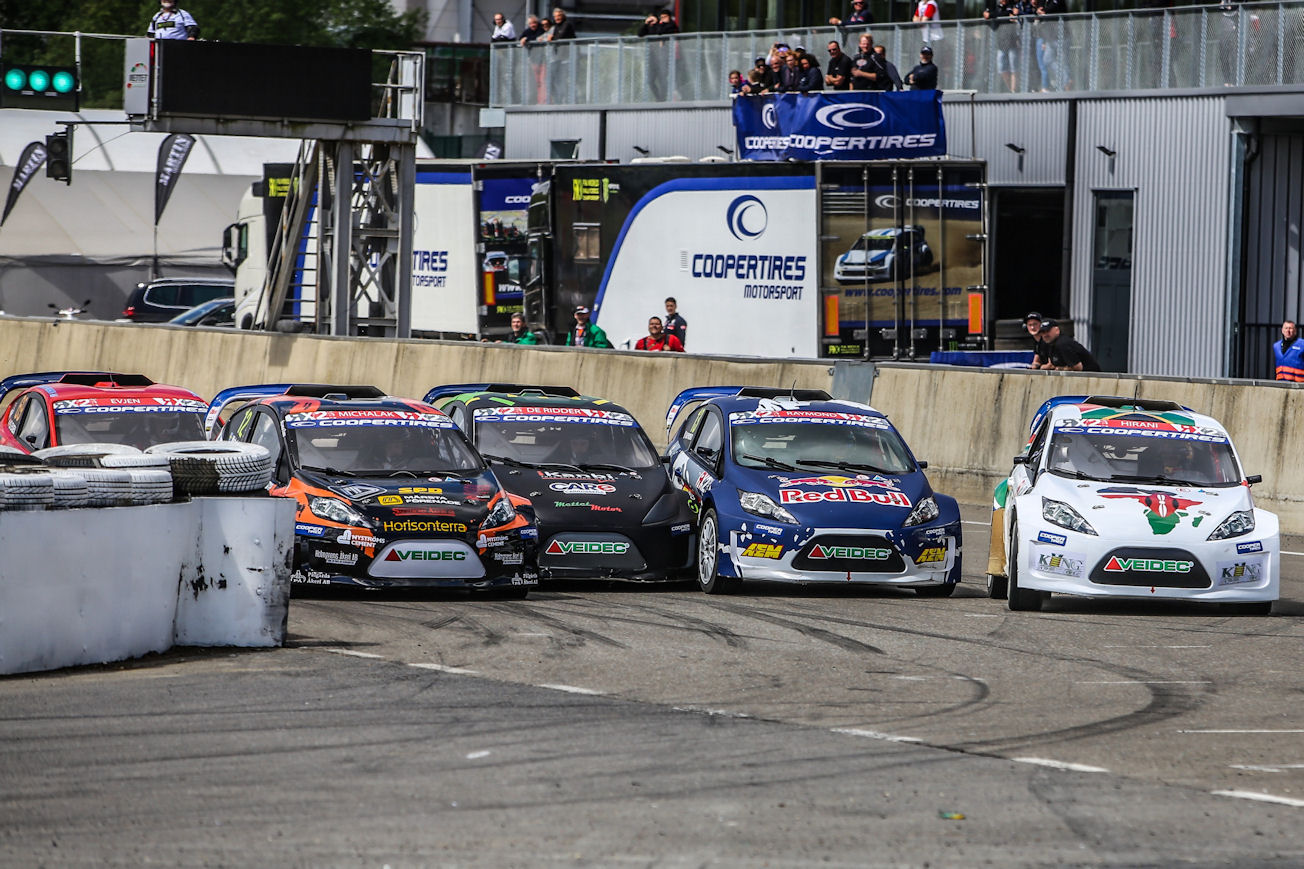 The RX2 season opener takes place in Belgium this weekend

In addition to serving as title sponsor to the World RX of Great Britain and supplying tyres to all World RX teams, Cooper Tire Europe has been confirmed as presenting sponsor to the RX2 International Series. This is the second consecutive year the tyre maker has acted in this capacity.

For 2018, the RX2 calendar consists of seven rounds, with the competitive category serving as a support class and the main feeder series to the FIA World Rallycross Championship at five European events as well as rounds in Canada and South Africa.

“As presenting sponsor to the RX2 International Series for a second consecutive year, the Cooper Tires brand continues to show its commitment to the World Rallycross Championship’s feeder series, and its upcoming drivers,” said Sarah McRoberts, marketing communications manager for Cooper Tire Europe. “We are the sole tyre supplier to both categories, providing rallycross tyres which offer unrivalled levels of grip and traction on the challenging mix of tarmac and gravel surfaces. It’s exciting for us to be contributing to all the thrilling RX2 on-track action this season.”

Belgium hosts the RX2 season opener, on 12 and 13 May, at Circuit Jules Tacheny. Among the full-time grid of 17 racers this year, behind the wheel of identical 310bhp four-wheel drive cars, will be former Olympian Albert Llovera.

Llovera is entering his first entire rallycross season, by joining RX2 with PCR Sport. The Andorran, then aged just 17, made history in 1984 as the youngest ever athlete to compete in the Winter Olympics. A serious accident in the European Ski Cup a year later left him paralysed from the waist down, and Llovera turned his attentions to motorsport using specially-adapted hand controls. His second career has already included tackling the famously challenging Dakar Rally.