You are here: Home1 / News2 / Motorsport3 / Trico-sponsored team out in front of Britcar Sprint Championship

Trico-sponsored team out in front of Britcar Sprint Championship 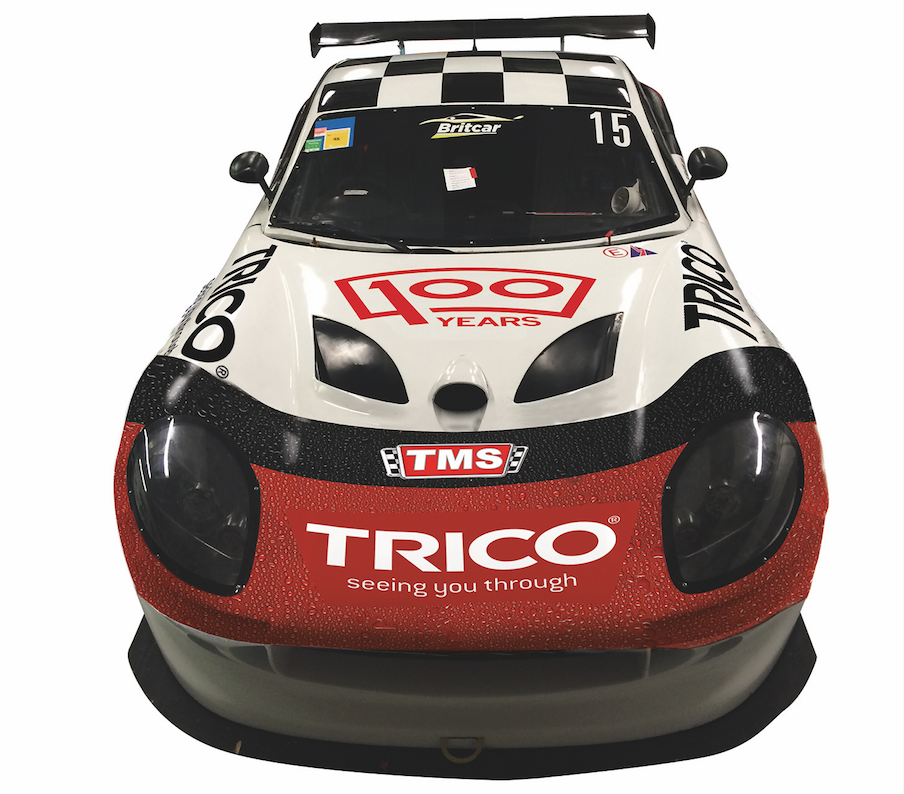 The Britcar Endurance organisers are pleased that 2016 Championship winning team, TMS are once again returning to defend the title. This year the Trico drivers are Edward Moore and Marmaduke Hall and after round 3 at Silverstone the team is once again leading the championship this time in the sprint category.

TMS are known in motorsport for finding and developing young drivers and this year is no exception. Edward is 17 years old and Marmaduke only 16 years old.

Marmaduke Hall and Edward Moore are this year’s Trico drivers

Trico product and brand manager, Sam Robinson said:  “The youth policy of TMS’ driver initiative is of great interest. We will use both drivers as ambassadors for Trico, as getting our messages over to new drivers in the UK is as important, if not more so than existing drivers. We want them to be safe and our product messages will help them with this vitally important driving aspect.

“The Trico sponsored Tockwith Ginetta looks really competitive in the hands of Edward and Marmaduke and we wish them well for the next race at Brands Hatch on June 29th, which will see Trico celebrating its 100th anniversary. As part of this milestone the company will be bringing VIP guests and media along to cheer on the TMS drivers and team. We will also be revealing a brand new livery for the car at Brands Hatch.”

TMS team principal, Simon Moore added: “We know that we have a fabulous team and with the backing from Trico we are confident that we have everything in place to continue from where we left off with our success at Silverstone.”

Sedgley gets on his bike for the Brain Tumour Charity