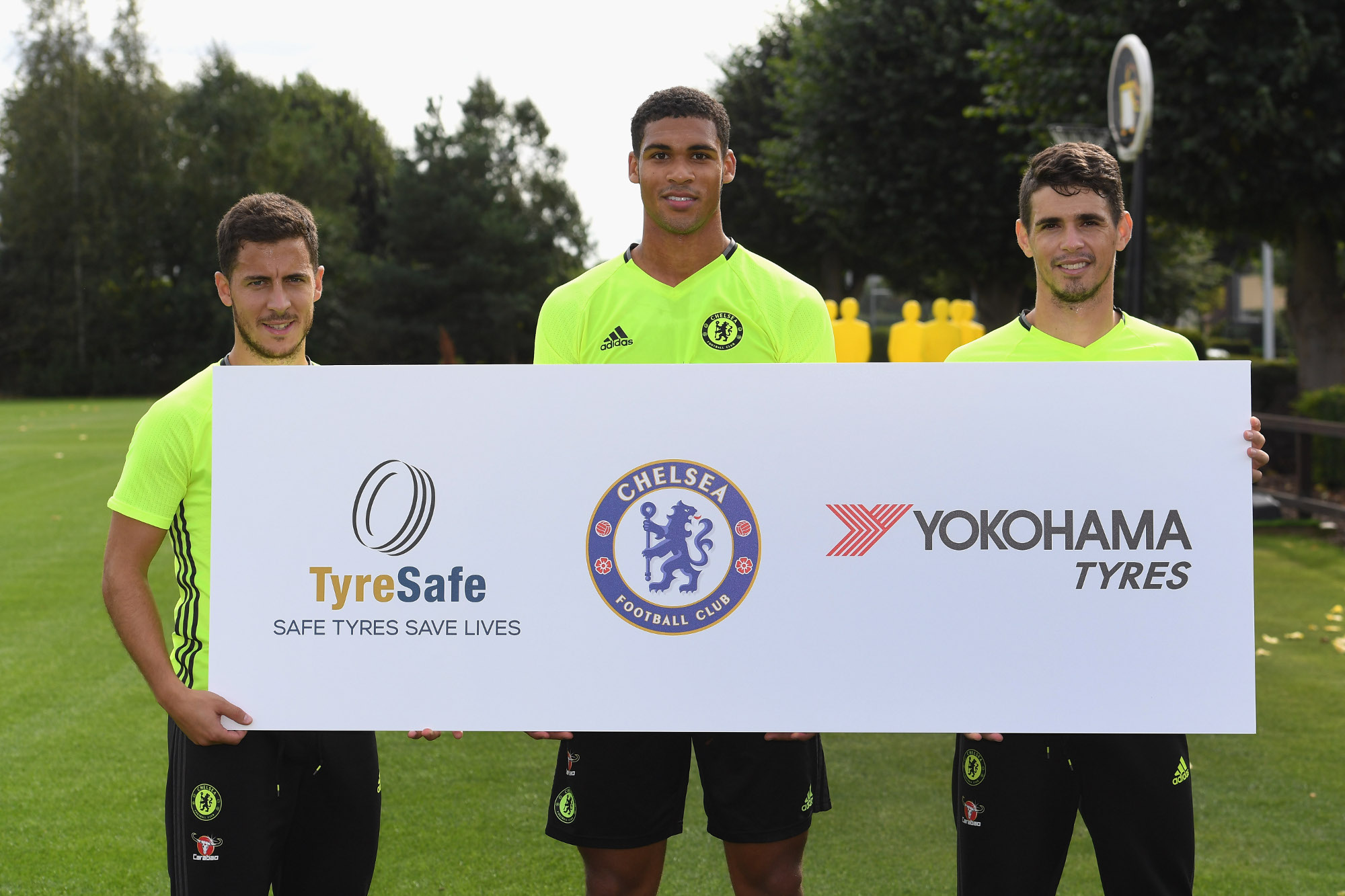 Yokohama's Chelsea FC connection has helped to publicise Tyre Safety Month, as the club signed up as an official TyreSafe supporter in the 2016/17 season

Chelsea FC has become the first Premier League club to lend its official support to the UK’s tyre safety awareness charity, TyreSafe. The high-profile signing follows support of Tyre Safety Month in 2015 by the Chelsea Ladies FC team, which has now grown to include the club as a whole. Yokoahama, famously Chelsea’s official shirt sponsor since the 2015/16 season, introduced Tyre Safety Month to the club last October, with features in matchday programmes and a message reminding fans to check their tyres played at the end of games.