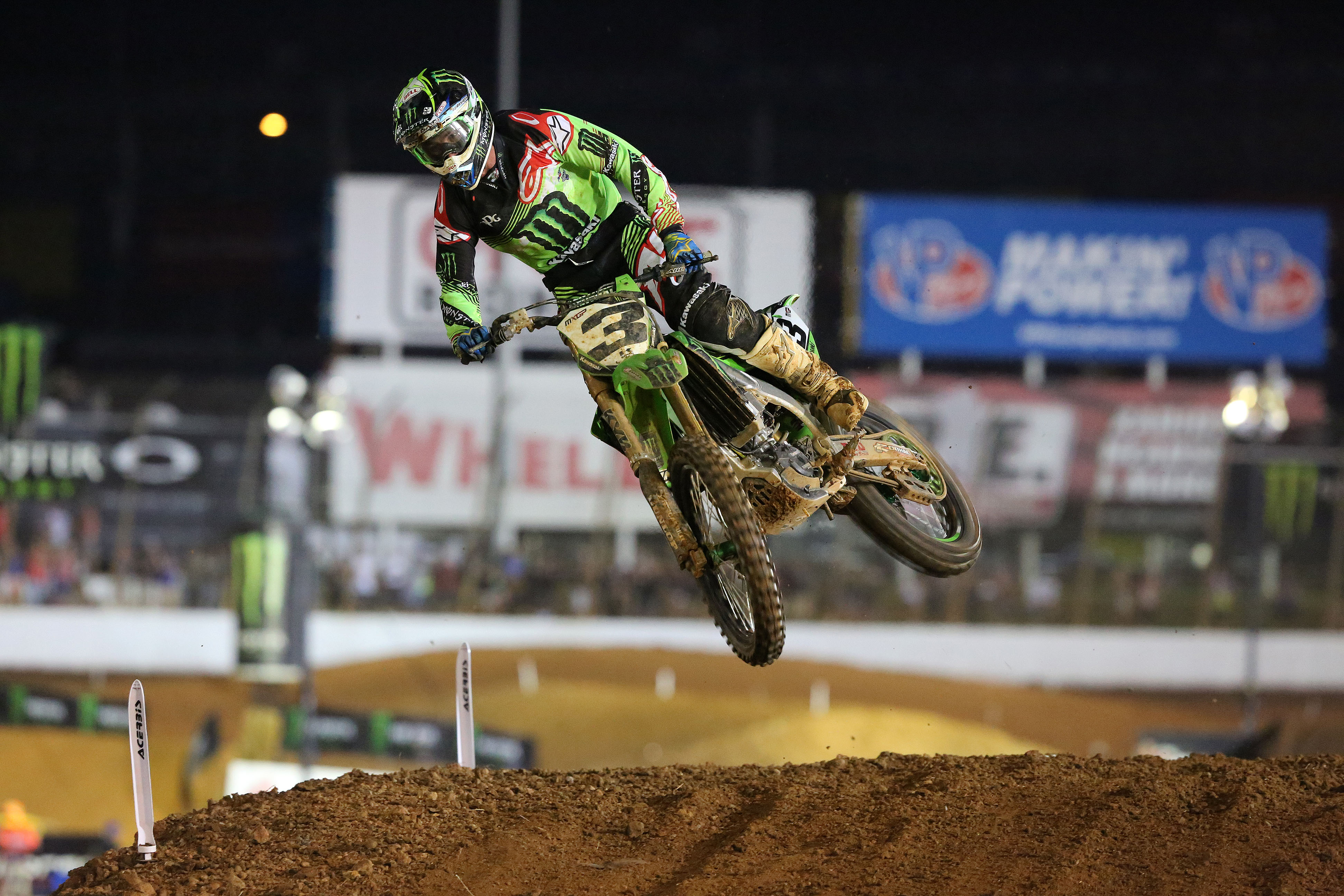 Monster Energy Kawasaki Racing Team’s Eli Tomac won the penultimate round of the MXGP calendar with two race victories. The Colorado rider took less than one lap to move into the lead of race one and dominated thereafter. Race two was tougher, taking Tomac six laps to take the lead from 2016 MXGP champion Tim Gajser, but the second win sealed the overall victory for the event.

Star Racing Yamaha’s Cooper Webb, one of the 2015 MXoN USA team podium finishing squad, took the MX2 win after finishing the races in second and first respectively. Young American rider Austin Forkner (Kawasaki) joined him on the podium in third place to make it a Dunlop double-podium.

Team HRC’s Evgeny Bobryshev rode the all-new 2017 specification Honda CRF450RW on its debut, finishing fourth in the second race, while his team-mate Gautier Paulin suffered two bad starts and a retirement with an ankle injury. Kawasaki’s Clement Desalle and Jordi Tixier finished in the top-eight in both races.

Eddy Seel, Dunlop MX race coordinator said: “We had some great racing here in the USA and we should more battles in the final round next weekend. It was good to see Bobby do well on the new Honda bike and, with Clement in fifth, to have three riders in the top-six. Of course the double win is a fantastic result for Dunlop. The tyres worked well on the track here so we hope to have a third consecutive winning Grand Prix at Glen Helen.”