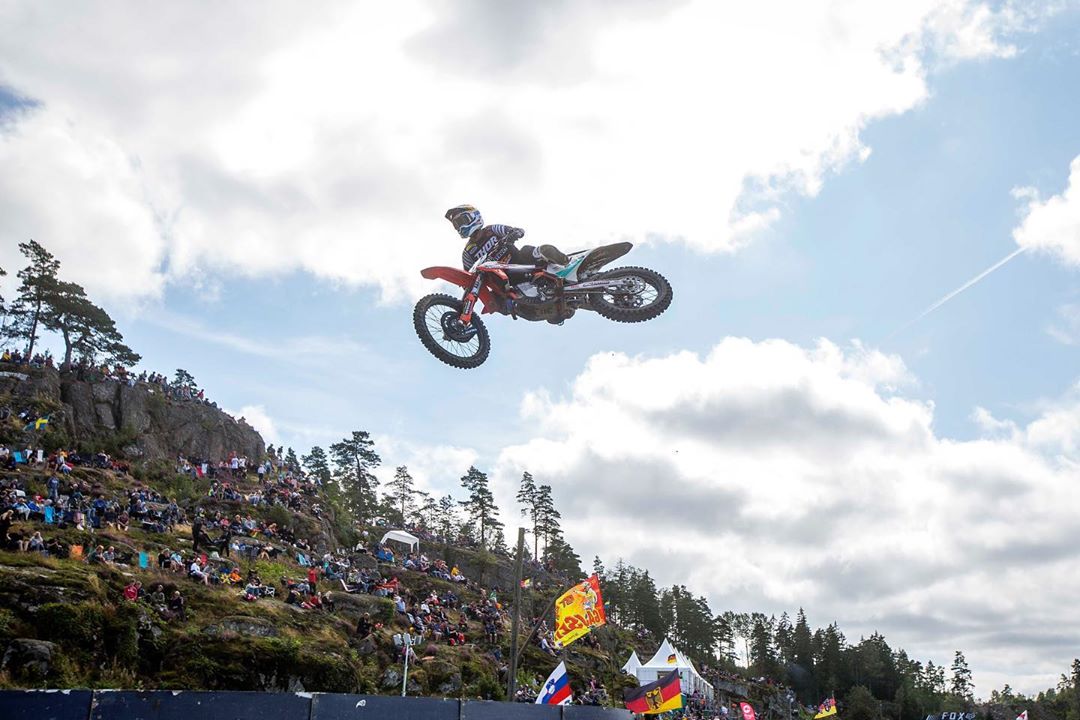 The 73rd Monster Energy FIM Motocross of Nations (MXoN) took place at Assen, which saw a home win for Team Netherlands. The MXoN rounded off the season by bringing together the top motocross riders from around the world to race for their country, rather than for rider and manufacturer honours. The event also features multiple tyre manufacturers, and Dunlop emerged from the weekend with five wins from seven races (including three qualifying races, a B-final and three heats of the final). Dunlop also unveiled its latest addition to the Geomax range during the event.

Justin Cooper was in imperious form on Saturday, dominating the MX2 qualifying heat to win by 6.2 seconds on his Yamaha. The 22-year-old from New York State was fastest in free practice and showed similar scorching pace in the changeable race conditions, underlining his dominance by being the only rider to lap below 1m 50s. Teen charger Jago Geerts upheld Belgian honour with a strong fourth place on his Kemea Yamaha.

One of the key building blocks to Cooper’s win was his stunning holeshot, aided by Dunlop Geomax MX12 traction: “I did a good job, I didn’t expect to come out first from that outside gate.”

On Sunday, heavy rain transformed the surface from dry sand to deep, wet and heavy-going terrain. Portugal’s Hugo Basaula (KTM) continued the Dunlop Geomax winning streak with an utterly dominant performance in the B-Final. He won the half-hour race by over 45 seconds, lapping all but eleven of his 35 rivals. 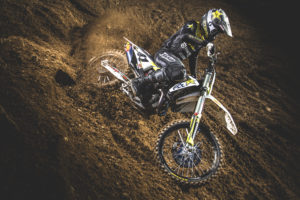 In the first leg of the main Nations races, which pitched the MXGP and MX2 classes together, Cooper’s run of form was hit by a first-lap crash, but a strong ride from Gautier Paulin to fifth kept the reigning champions, Team France, in contention.

In the second Nations race, featuring a mix of Open class and MX2 riders, it was a Dunlop 1-2. Coldenhoff blasted into the lead in to thrill the home crowd, with Jonass muscling his way into second. Geerts, revelling in the grip and traction of his lighter, but less powerful, bike topped the MX2 runners in an impressive seventh overall.

In the final race, the Open class riders battled the MXGP runners. In heavy rain, Coldenhoff rode an epic opening five laps to climb from fifth to take the lead, at which point the sound of 38 bikes was drowned out by the roar of the home crowd. His win secured his country’s MXoN title.

All Dunlop riders used the Geomax MX12. This tyre features a tread pattern optimised for tough mud and sand conditions and its enhanced traction and slide control was a factor in helping riders tackle the torrential Assen conditions.

Eddy Seel, Dunlop event leader: “Congratulations to Team Netherlands for a brilliant home Motocross of Nations win. This was also a great result for Dunlop riders. Fifteen countries featured a rider who chose Dunlop Geomax MX12 for the difficult conditions. It was the perfect tyre for this tough terrain and we are proud to have taken more race wins than any other tyre brand. With three different manufacturers winning on Dunlop it shows the breadth and versatility of the tyre.”