Pirelli apprentices talk about their experiences at Carlisle Skills Fair 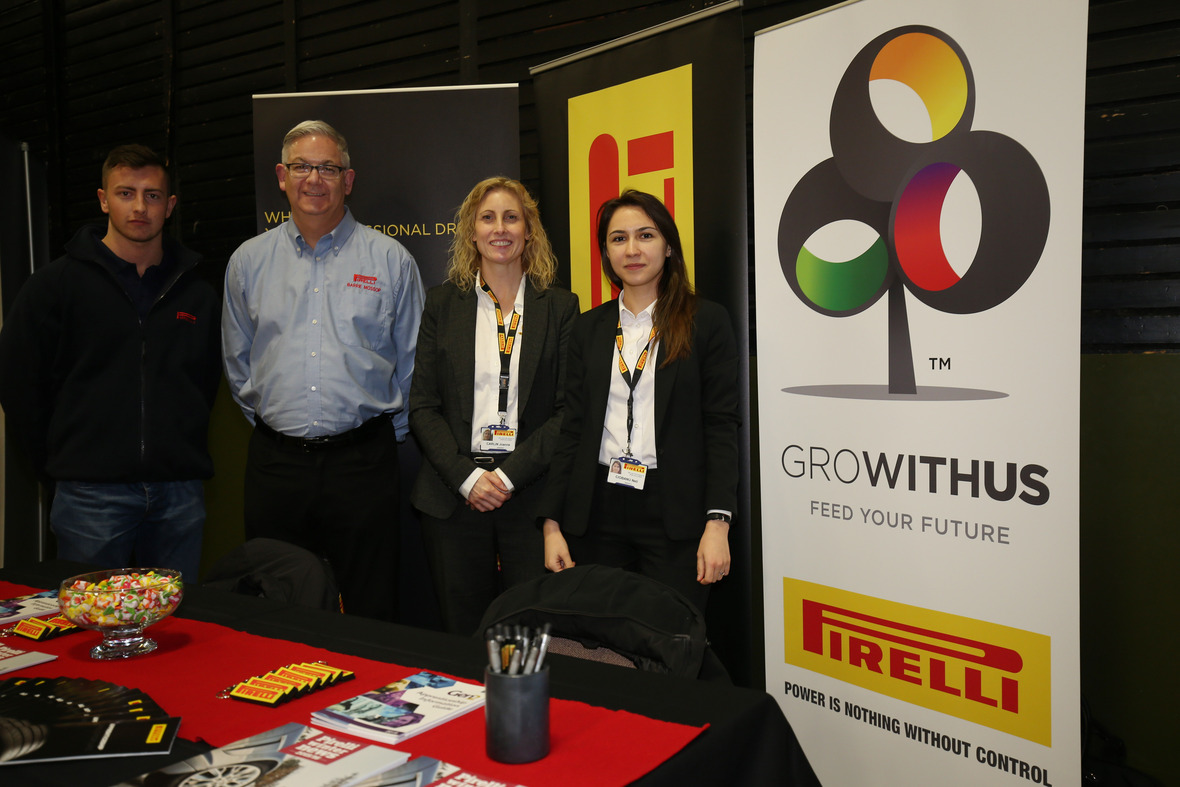 Pirelli has supported the 2016 Carlisle Skills Fair alongside other businesses from the local area. Held at the Sands Centre in the city, the event brought together local training providers, employers and career advisors. The aim was to showcase to young people and to those out of work in the area what types of roles are actually on offer and how to make that next step into forging a career. The event was hosted by local MP John Stevenson.

Pirelli has been running an apprenticeship scheme for more than 40 years and currently focuses on two areas of the business – Maintenance Engineering and Quality. Both the maintenance and quality apprenticeships provide each apprentice with a strong set of practical business focussed skills that enable a seamless transition into their first job with Pirelli upon completion of the apprenticeship.

Pirelli’s current crop of apprentices were on hand at the event to discuss their roles and to talk about the benefits of taking on an apprenticeship at the company. Luke Jackman, second year Mechanical apprentice, said: “I had always wanted to do engineering and went to sixth form after I finished my GCSE’s. I was going to take the university route. However, I began looking into apprenticeships and it just seemed like the right thing for me to do.

“I live only five minutes down the road from the Pirelli factory. It’s so easy to get to work and I know Carlisle well and I enjoy living here. However, it wasn’t just the logistics of the role that stood out. Pirelli were looking for candidates who had decent practical experience. The career path on offer for starting out as an apprentice at Pirelli was certainly very appealing. There is an opportunity here to work your way up to become a tradesman with a view to then becoming whatever you want within the company.

“When I tell people I’m working at Pirelli I receive such a positive reaction because people are well aware that it’s such a big employer in the local area and is a company that is established all over the world. “Deciding on taking an apprenticeship was a big decision to make because you are so young when you make it and you know it will have an impact on the rest of your life. I’d say I’ve made the right decision in taking this road. You are constantly applying yourself at Pirelli and there’ll be a point every day working here where you have to think outside the box to find a solution.”

Matthew Robson, fourth year Mechanical apprentice, added: “I became a Pirelli apprentice when I left school at 16 years old. It was a difficult decision for me to make between choosing to study for A-Levels or to come and join a company of this size and begin an apprenticeship. I elected to take the apprenticeship route and it’s a decision I don’t regret at all.

“Learning the trade and the practical skills you can develop here were really part of the appeal for me. You also get paid for working and the studying that comes with doing an apprenticeship. I’m currently working towards a HNC. I’ll be fully qualified in September, but even so I’ll also be eventually completing a HND, the equivalent to a Foundation degree, through the company.

“Pirelli is committed to training you up to as high a level as possible. If you show promise or strength in a certain area then the company will send you on a course so that you can receive the correct training and gain the appropriate qualifications to help you grow.

“I’ve gained so much hands-on experience through Pirelli. The balance between practical development and the theory side is really good here.”