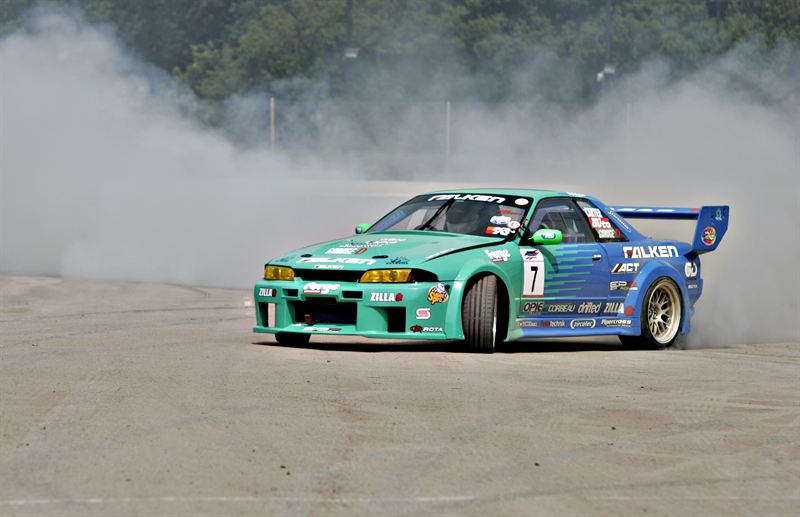 After low-key involvement in 2014, Falken Tyre has confirmed a higher level of participation at this year’s Coventry Motofest – the company will serve as ‘official tyre manufacturer’ at the show, which takes place between 29 and 31 May. Coventry Motofest was inaugurated last year and is a free, family-focused motoring festival that combines live racing, demonstrations, static displays and live music. As previously announced, Falken’s UK drift team will strut its stuff on Coventry’s iconic ring road during the three-day event. The official Coventry Motofest pace car will also wear Falken tyres.

In Falken Tyre’s first year as official tyre manufacturer, the brand will be visible on signage, within the event’s online presence and on marketing materials. The announcement of Falken’s involvement follows the recent news that it will partner with the UK’s Rugby League competition through the First Utility Super League this season, its maiden partnership outside of the motorsport and motoring industry.

“Having had a small yet successful presence last year, we were keen to increase our involvement with this fan-focused event and we’re delighted to confirm our partnership as official tyre manufacturer of Coventry Motofest,” says Falken’s UK director, Matt Smith.

Shod in Falken tyres, the UK drift team, which comprises former British Drift Champion Matt Carter, Paul Cheshire and Kirsty Widdrington, and Irish Drift Champion James Deane will drift sideways at speeds in excess of 80mph on sections of the Coventry ring road, which will be closed during the weekend for the event. Falken Tyre-backed drivers Catherine Harris and her brother Tom Harris, former BriSCA F1 World Champion, will also attend with their BriSCA Ministox and BriSCA F1 Stock Car.

Matt Carter, who will drive a 650bhp Nissan R32, says this is a new challenge: “We’re all very used to drifting on racetracks but this uneven and greasier surface, with concrete walls and barriers to avoid, will be completely new. However, it will definitely make for an exciting performance. We’ve got a great show planned and we can’t wait to get out there and demonstrate what can be done.”

“Visitors can expect tyre smoke and a great variety of entertainment,” adds Matt Smith. “The on-road drifting is a UK first and will really illustrate the performance of Falken’s tyres and the impressive skills of our drift team.”

Goodyear dissolving agreement with German workforce – a prelude to redundancies...