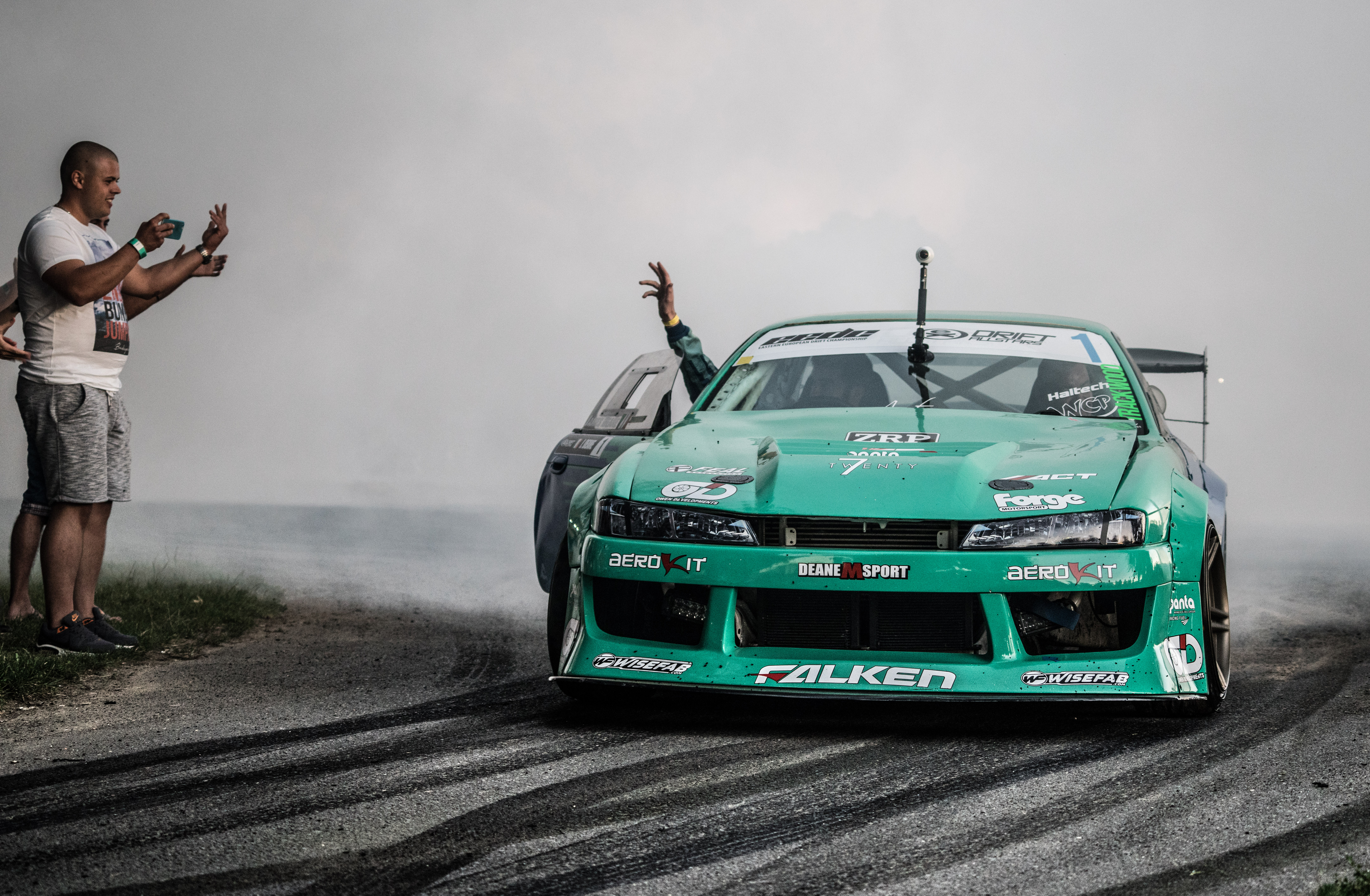 Competing in his Falken-shod Nissan S14 against a host of top international drivers, Deane claimed first place during qualifying on the fast and flowing Máriapócs Circuit. High ambient temperatures and a challenging layout made competition tough, but Irishman Deane progressed to the finals to contest against former British champion Steve ‘Baggsy’ Biagioni. Both drivers’ precision behind the wheel was millimetre-perfect, but a slightly shallow line on the final corner meant Deane narrowly missed out on the final round victory.

“Our warmest congratulations go to James on his great success. We’re over the moon for him,” says Stephan Cimbal, Head of Marketing at Falken Tyre Europe. “We’re very proud to boast one of the most popular shooting stars in European motorsports as our brand ambassador. James is a stellar representative of our brand values of Technology, Excitement and Lifestyle. His enthusiasm and drive for perfection are outstanding in the field of motorsports,” continued Cimbal.

Deane, who is a Guinness World Record holder and five-time Irish and European drift champion, runs Falken’s sticky RT615K tyres on his Nissan S14. Built and maintained by James and his family in County Cork, Ireland, the drift car is powered by a modified Toyota 2JZ that produces approximately 750bhp. Deane plans to develop his competition car in the off-season while planning his 2017 campaign.