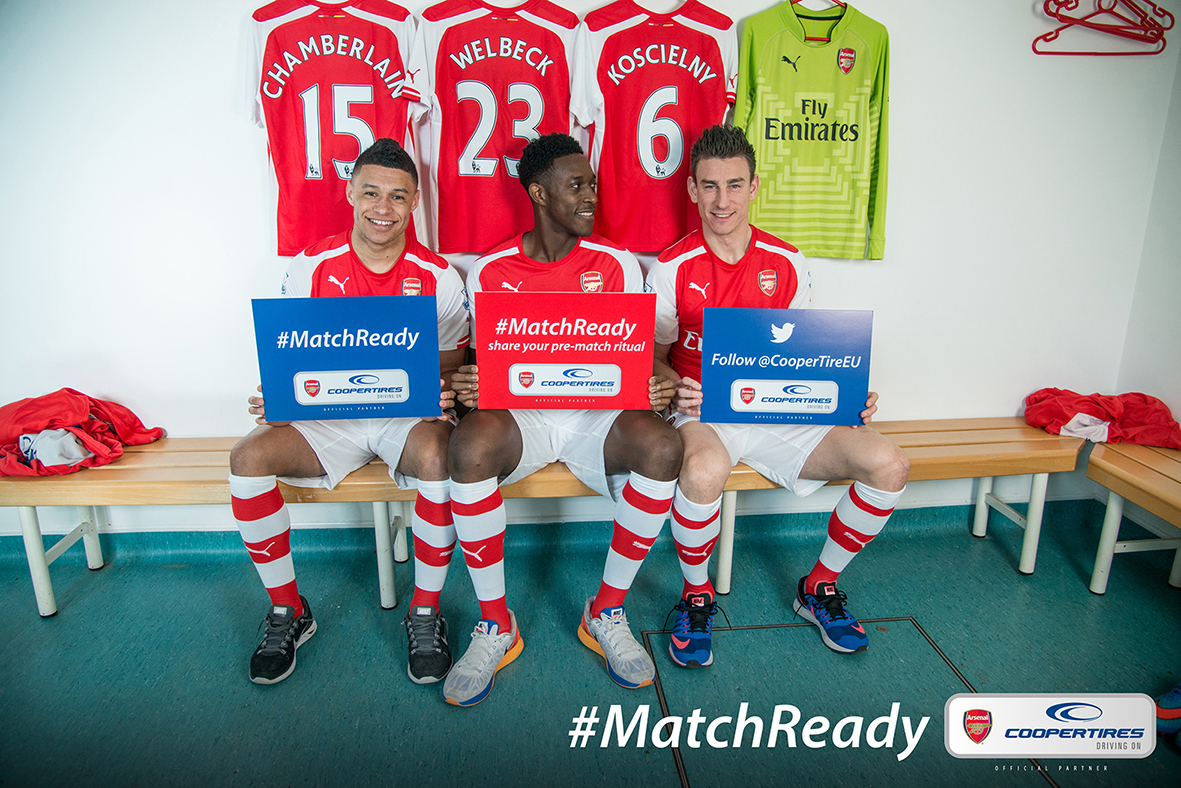 Cooper, the first ‘Official Tyre of Arsenal Football Club’ has launched a new competition asking fans of the club to share their pre-match rituals. The tyre brand is using the hashtag #MatchReady to engage fans on social media, with three Arsenal stars taking part in the campaign-launching fan film (see below). Cooper is asking players and fans across Europe to share their #MatchReady rituals on Twitter, with the chance to win two tickets to see Arsenal v Swansea in the Premier League, hosted by former midfielder and ‘Romford Pelé’, Ray Parlour.