You are here: Home1 / News2 / Falken Tyre Europe to present widest ever product range at Reifen 2014 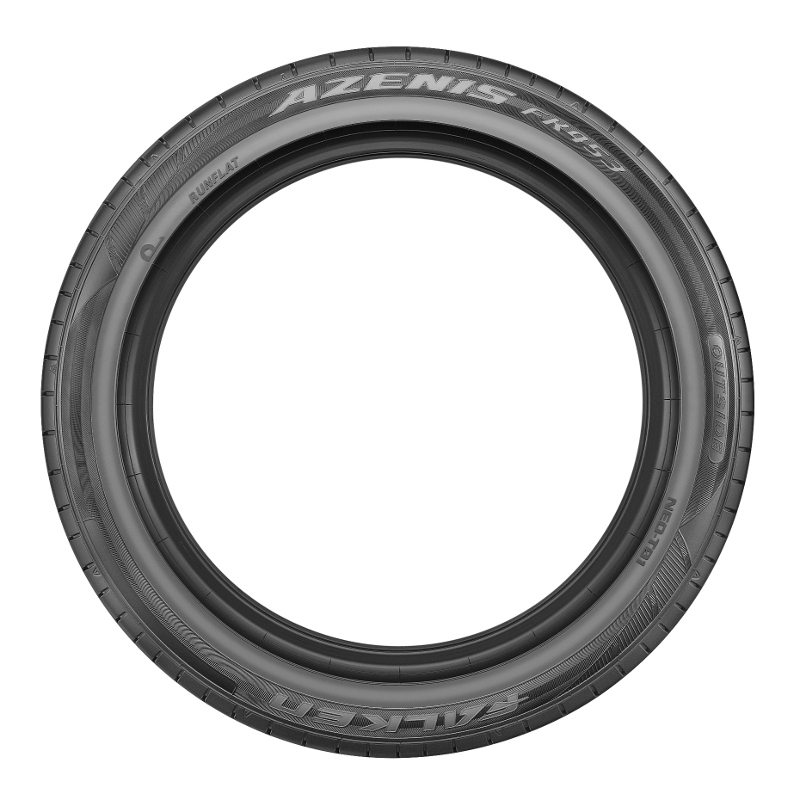 The new Azenis FK453 Run-Flat carries the NEO-T01 stamp on its sidewall, signifying the use of Falken’s latest technology in its manufacture

Sumitomo tyre brand Falken’s European team will present its largest and most diverse range of road tyres ever, highlighting its recent innovations in product development technology. Highlights from the range – encompassing car, SUV and commercial vehicle tyres – will include the first public presentation of both the new Azenis FK453 Run-Flat tyre and energy efficient Sincera SN832 EcoRun tyre, launched at Ascari in spring 2014. In addition to the tyres, Falken will highlight its new NEO-T01 production technology, a new way of constructing tyres to produce more accurate and lightweight tyres.

“Reifen Essen will see the public debut of both our new Azenis FK453 Run-Flat and our low rolling resistance Sincera SN832 EcoRun tyres. Thanks to the newly developed NEO-T01 manufacturing process used for the FK453 Run-Flat derivative, combined with upgrades in compound and construction, engineers have improved uniformity at high speed by up to 70 percent and reduced weight by 10 percent,” says Falken Tyre Europe’s product planning manager Andreas Giese. “And with the Sincera SN832 EcoRun tyre, we have demonstrated through the technology we have, it is possible to achieve low rolling resistance optimised yet still deliver compelling grip in the wet.”

Falken will display products from its largest tyre range to date, including 10” tyres for classic cars right up to fitments for bus and truck, the latter a market where Falken has enjoyed growth in the UK in the past 12 months. Other products on display will include the Ziex ZE914 EcoRun Run-Flat tyre launched last month as well as the new 20” Azenis FK453CC SUV-specific tyre that is ideally suited for a number of sports SUVs such as the Range Rover Evoque.