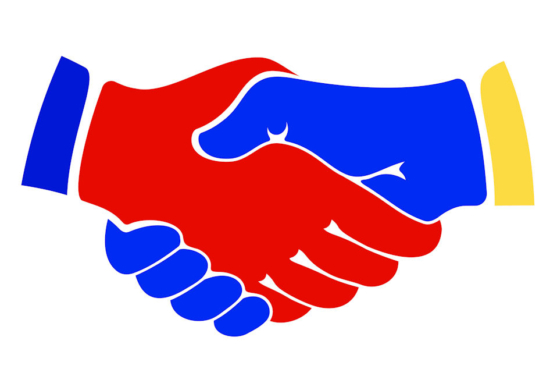 The Society of Motor Manufacturers and Traders (SMMT) has again urged both sides to re-engage the Brexit negotiation process with vigour in order to achieve a satisfactory deal. Bringing its latest calculations to the table, the industry association stresses that ‘no deal’ is a high stake gamble not only for the automotive sector but also for hopes of a green recovery from the coronavirus crisis.

SMMT warns that ‘no deal’ would be the worst possible outcome for the UK automotive sector, for car buyers and for the country’s ambitions to become a world leader in transport decarbonisation. It anticipates that the immediate imposition of blanket tariffs under World Trade Organisation (WTO) rules would add billions to the cost of trade as well as to the cost of building and buying electric vehicles.

Calculations made by the SMMT indicate that the ten per cent ‘no deal’ WTO tariff would add at least £4.5 billion to the annual cost of fully assembled cars traded between the UK and the EU, with an average hike of £1,900 per EU-built vehicle sold in the UK. Furthermore, it reckons the cost increase for fully electric cars fitted with expensive battery technology could be as high as £2,800, effectively making the £3,000 plug-in car grant for these vehicles null and void.

Moreover, the SMMT calculates that this tariff would also add some £2,000 to the average cost of UK-built battery electric cars (BEV) exported to the EU, making UK products less competitive and the country far less attractive as a manufacturing investment destination. The association fears this would further hamper the UK’s ambition to be a global leader in zero-emission vehicle development, production and deployment, severely damaging industrial competitiveness.

The UK and EU automotive industries are deeply integrated; the SMMT points out that around two-thirds of all battery electric cars on sale in the UK were built in European factories. It thus stresses that new tariffs would “hold back the evolution of the electric car from a niche technology to one with mass affordability.” UK car buyers are currently on track to register some 78,000 BEVs this year, with further growth expected in 2021. However, the SMMT is concerned that these tariff increases will result in a price shock that could reduce the increased demand for BEVs next year by at least 20 per cent, even before the impact of potential, border delays, supply chain disruption and currency fluctuations are taken into account.

“Just as the automotive industry is accelerating the introduction of the latest electrified vehicles, it faces the double whammy of a coronavirus second wave and the possibility of leaving the EU without a deal. As these figures show, ‘no deal’ tariffs will put the brakes on the UK’s green recovery, hampering progress towards net zero and threatening the future of the UK industry,” states Mike Hawes, SMMT chief executive. “To secure a truly sustainable future, we need our government to underpin industry’s investment in electric vehicle technology by pursuing an ambitious trade deal that is free from tariffs, recognises the importance of batteries in future vehicle production and ensures consumers have choice in accessing the latest zero-emission models. We urge all parties to re-engage in talks and reach agreement without delay.”

With the UK government preparing to announce its timeline for transition to a fully zero-emission new car market, the SMMT calls for it to offer a “world-beating package of fiscal measures” alongside “investment in charging infrastructure.” The association points out that UK lags behind many of Europe’s major electric vehicle markets when it comes to market incentives, quoting information from its pan-European counterpart the ACEA that car buyers in Germany, for example, enjoy a purchase incentive of up to £8,160 per battery electric vehicle whilst French consumers can obtain a £6,350 grant. In contrast, UK EV customers get just £3,000.

Bearing these points in mind, the SMMT believes it necessary for the government to make a “long-term commitment to competitive incentives, including full VAT exemption for all zero-emission capable cars” should it wish to deliver its “ambitious environmental goals.” It estimates that such a measure would potentially drive some 1.4 million BEV sales over the next five years, increasing their market share to 16 per cent by 2025 compared with around five per cent today.

Summing up its arguments for greater efforts towards a Brexit deal and increased investment in zero-emission mobility, the SMMT reminds us that the automotive sector employs around 864,000 people, often in highly-skilled, well-paid roles. It adds that annual salaries in automotive manufacturing typically 21 per cent higher than the UK average, and all told, the sector contributes £15.3 billion annually to the public purse.