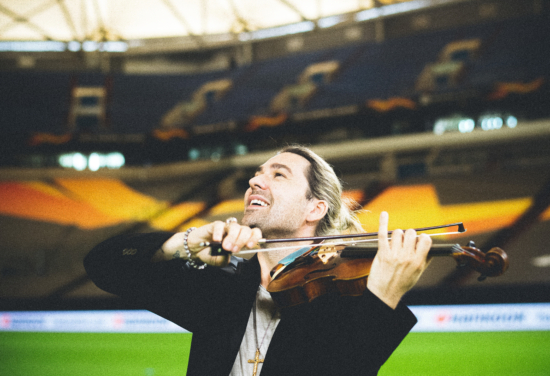 Hankook has collaborated with violinist David Garrett and composer Franck van der Heijden for a performance of the official UEFA Europa League anthem. Captured in a video titled ‘Symphony of Silence’, the performance aims to capture feelings about the empty stadiums hosting 2020 sporting events due to pandemic restrictions. The 2019/20 European club football season, including the Hakook supported Europa League, is completing its final stages without fans. Garrett’s performance was captured by Luke Bannister, five-time world champion in first person view drone racing, in an empty stadium to reflect this experience. The video will premiere on YouTube (see below), Instagram, and Hankook’s website today (Thursday, 20 August, at 21:00 CET) one day ahead of the UEFA Europa League Final 2020.

“As a long standing partner of the UEFA Europa League, Hankook is delighted to create and share this emotional moment with all the fans as we lead up to the Final, showing that we understand what it is like to not be able to physically be there to support your team,” comments Sanghoon Lee, president of Hankook Tire Europe. “I would like to express my thanks to both David Garrett for creating this masterpiece of emotional music and our friends from the UEFA for their great help and support during its realisation.” 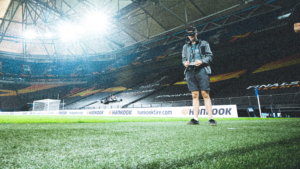 “The UEFA Europa League Final is one of the biggest sporting occasions in the world, annually played in front of millions of fans in the stadium and on TV each season, which sadly this year will be played in front of an empty stadium. Please allow David Garrett and our valued partner Hankook to transport you to where you can feel the emotions of a thrilling European football adventure”, added Guy-Laurent Epstein, UEFA’s marketing director.

“I am very pleased to have contributed to this Hankook project with my interpretation of the wonderful UEFA Europa League anthem,” says Garrett. “As a musician, creating emotions is the essence of my work. I am pleased about the confidence placed in me by Hankook and UEFA and I do hope that our music and the video will be able to express the emotions we have shared on site and give inspiration to football fans around the world during these times.”

Hankook has been a sponsor of the Europa League since the 2012/2013 season, making it the competition’s longest standing partner. More than 60 million viewers watch the final live on TV.