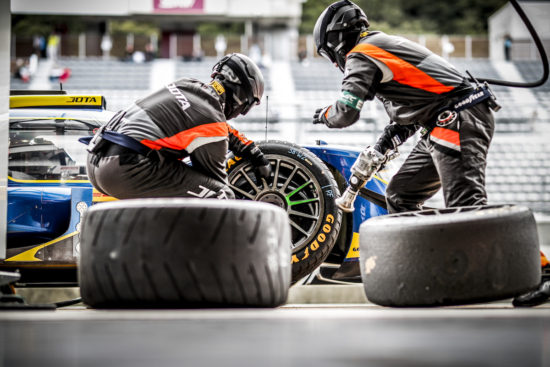 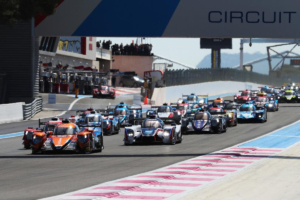 Goodyear will make its debut as a tyre supplier to the European Le Mans Series this weekend. The manufacturer is working alongside top teams in the LMP2 and LMGTE classes at the season-opening 4 Hours of Le Castellet. Goodyear’s latest tyre technology will be fitted to five front-running LMP2 prototypes and every car in the LMGTE field throughout the ELMS season. The brand’s entrance into the series follows last year’s fitments to LMP2 winners in the FIA World Endurance Championship. However the weekend will mark the first time that LMGTE cars have raced on the Goodyear Eagle F1 SuperSport race tyres. Having been delayed by the pandemic, the series will run over five races until November.

The four LMP2 teams that will use Goodyear tyres in ELMS are: Panis Racing, BHK Motorsport, Thunderhead Carlin Racing and Algarve Pro Racing. The latter will enter two cars and recently entered into a partnership with Goodyear that sees the brand displayed prominently on both of its contrasting liveries.

All five cars will be running the same race-proven tyre specification as in WEC, providing valuable data and feedback for teams in both top-level championships. The step into ELMS builds on a successful maiden WEC season which has so far included six podium finishes and a victory at the 4 Hours of Shanghai in November for partner teams Jota Sport and Jackie Chan DC Racing.

Mike McGregor, manager sales, testing & track support, Goodyear Racing, explains the importance of ELMS on tyre development: “The ELMS is a fantastic proving ground to test the latest generation of high-performance race tyres because the 600hp LMP2 cars produce high levels of downforce across five Formula 1 standard circuits, providing extensive testing on the tyre compound and performance. Feedback provided by ELMS teams throughout the season will support the tyre development for the Goodyear teams in WEC.

“In ELMS we will be supplying three specifications of tyres: A, B and C. The tyres will consist of soft, medium and medium-plus respectively, with each team using two out of the three specs at each race.” 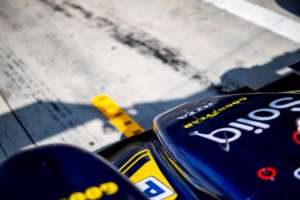 Goodyear is the sole tyre supplier to the LMGTE class. It will provide production-based supercars with Goodyear Eagle F1 SuperSport race tyres in medium-soft and medium-plus specifications. Nine cars are listed for this weekend’s event with added variety coming from the recent addition of an Aston Martin Vantage AMR. The remaining full-season teams will run either Porsche 911 RSR or Ferrari 488 GTE Evo machinery.

Goodyear’s tyre development is focused on providing consistency, performance and durability for all eligible LMGTE car models; an important consideration given the unique qualities and variations of each car built to these regulations.

The ELMS season will begin on Sunday, 19 July, with the 4 Hours of Le Castellet in southern France. After that, the series will hold further four-hour races at Spa-Francorchamps, Barcelona, Monza and Portimao. Many teams will also compete in the 24 Hours of Le Mans in September.