You are here: Home1 / News2 / International News3 / Kumho Tire lands third set of design awards in as many months 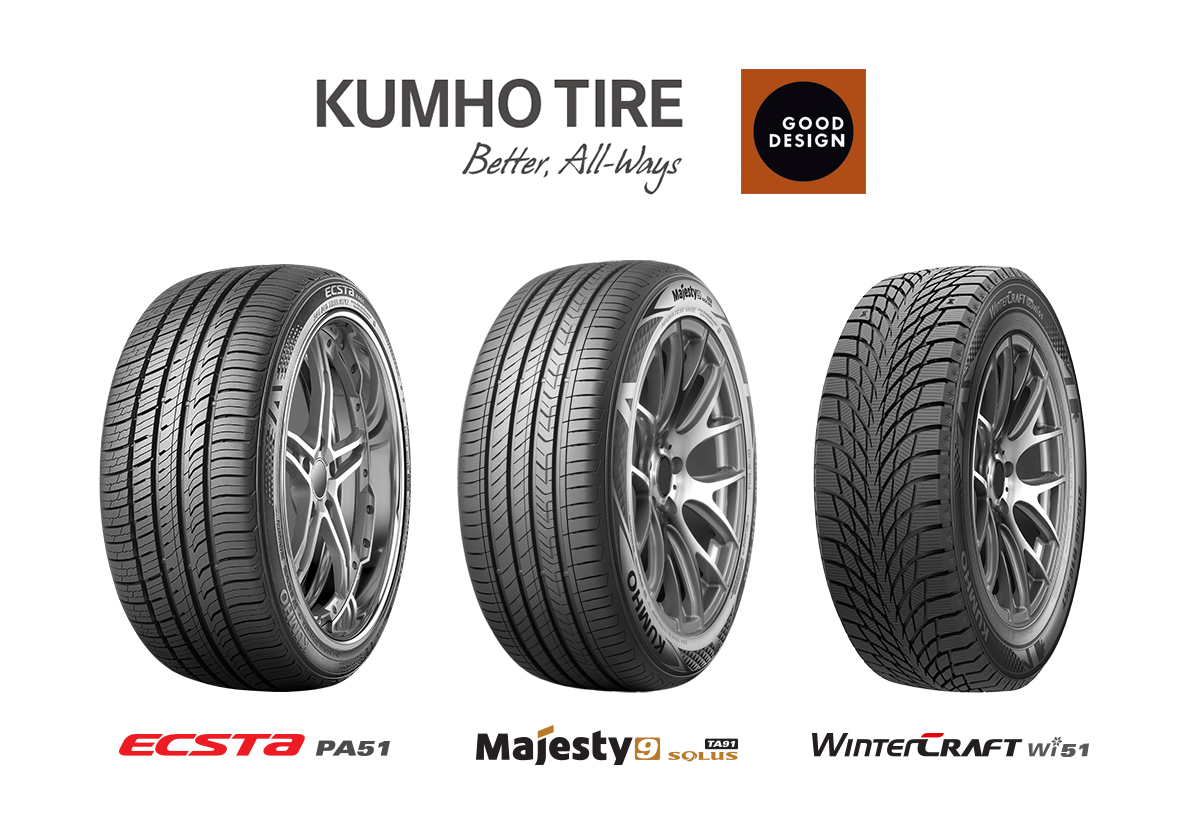 An upgraded version of the Majesty Solus, which is widely sold in markets outside Europe, the Majesty 9 is an all-season tyre developed to offer greater comfort and quietness, combined with improved resistance to abrasions and better braking performance on snow-covered roads.

The Kumho Ecsta PA51 is an all-season tyre for the North American market that boats a mix of sport and comfort features. The asymmetrical tread pattern disperses water in four different directions for greater efficiency and fuel economy, and the differing depths of the grooves reduces noise and improves grip. The tyre’s sidewall features a motor racing flag graphic.

Designed for the European arctic winter market, Kumho says the new Wi51 boasts outstanding performance on icy and snow-covered roads. Its contemporary compound technology results in improved traction and braking. Along with an optimised directional pattern design that’s in line with current European trends, the tyre features a new structure that further improves performance on ice and snow. A centre rib provides stability at high speeds, while the revised structure results in the tread maintaining greater contact with the road surface.

Established in 1950 and organised annually by the Chicago Athenaeum Museum of Architecture and Design in co-operation with the European Centre for Architecture, Art, Design and Urban Studies, the Good Design Awards of North America are the oldest such accolade in the world, For 2019, entries from 47 countries were evaluated for: design innovation, new technologies, concept, function, energy efficiency and sensitivity to the environment.