You are here: Home1 / News2 / Motorsport3 / Drifting and endurance the twin pillars of Falken Motorsports success in... 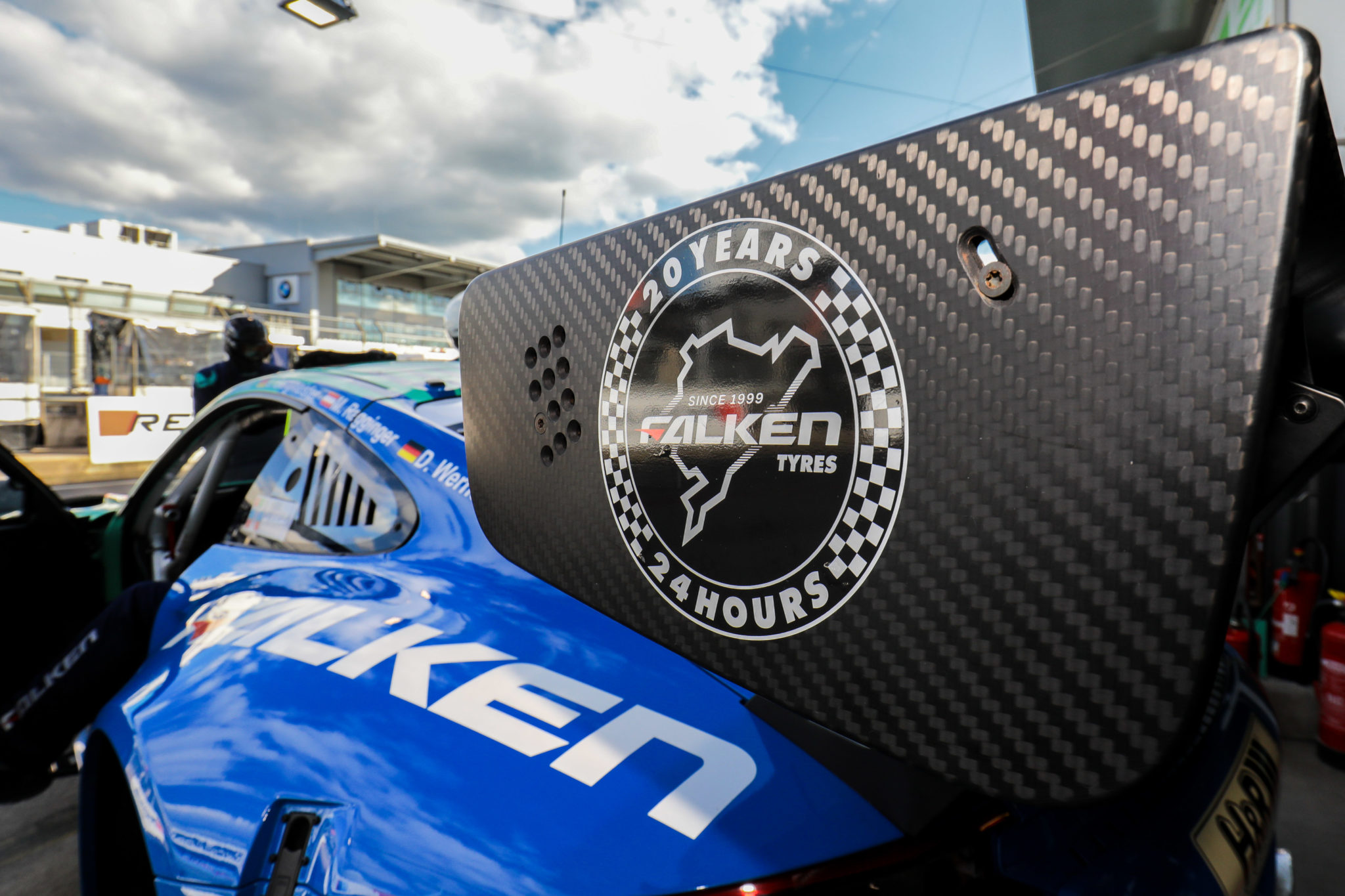 From endurance racing and drifting to desert rallies, Falken Tyres has seen success in varied motorsport disciplines this season. The brand celebrated top-ten finishes in its 20th year at the Nürburgring 24-hour race and on the Peking to Paris Rally, while the season’s crowning glory has been drift driver James Deane’s double title win.

Falken drift driver James Deane claimed his third Formula Drift Pro title at Irwindale Speedway, California, on 19 October 2019. The 28-year-old Irishman joined the series in 2017 and has won every year since, making him the first person in Formula Drift history to win three consecutive titles. Deane steered his Nissan S15 drift car, which is shod with Falken RT615K+ tyres, to six top-three finishes, including victory in St. Louis, Missouri. Falken also claimed victory in the Tire Cup with 1,189 points and a 237-point lead.

Deane’s outstanding victory follows the successful defence of his Drift Masters European Championship title in his new teal and blue Falken Tyre Eurofighter BMW E92. The Castletownroche-based driver was crowed 2019 Champion at his home track of Mondello Park, Ireland, in September. It was his second consecutive Drift Masters European Championship title and his seventh European title in total. Also adding to his incredible run of results, Deane was named 2019 Oman Oil Marketing International Drift Champion back in March.

“It has been an incredible season and a complete dream come true,” adds Deane. “There have been some tough times to come back from but the final results show that we’ve got the cars, the tyres and fantastic teams to see it through and get the results. Thanks, as always, to everyone for their unrelenting support throughout the year.”

2 decades at the Green Hell

Since 1999, Falken has entered the ADAC TOTAL 24-Hour Race at the Nürburgring, continuously increasing its involvement. This year, over 400 tyre retailers and 50 journalists from key European markets joined the 230,000 revellers in the Eifel region to watch the thrilling endurance race and support the #33 BMW M6 GT3 and the new #44 Porsche 911 GT3 R, based on the facelifted Type 991. As usual, the ‘Green Hell’ threw all it could at the Falken competitors. In the early hours of Saturday evening, the #44 Porsche was damaged by debris on the track, putting it out of podium contention. Yet the determined quartet set about making up for lost positions and worked their way back into the top 15 in the closing stages. However, an unfortunate spin before the end of the race forced an unscheduled pit stop that resulted in the Porsche crossing the line 20th.

By contrast, the #33 BMW M6 GT3 had a solid race, consistently working its way through the field and conquering the night without mishap. Relying on the grip, endurance and consistency of its Falken tyres, the BMW M6 GT3 finished fifth overall and was the highest placing BMW.

Undoubtedly the biggest event of the year, the N24 was just one of Falken’s battles on the Nordschleife this season. The team also braved the renowned circuit and its elements in eight of the nine VLN Endurance Championship events, with both the Porsche and BMW claiming top-ten results in all but one race.

Around the world on Falken Wildpeaks

In a very different form of motorsport, Falken’s durable Wildpeak off-road tyres were fitted to the Rally Preparation Services’ (RPS) 1936 Chevrolet Fangio Coupe that took part in this year’s Peking to Paris Rally.

During the highly challenging event, Falken’s Wildpeak tyres in fitment 205/85/16 carried the Chevrolet over 14,000km across desert, mountains and steppe, demonstrating exceptional grip and resilience to cope with the gravel, sand, tarmac and occasional snow that competitors face in this unique challenge for pre ’76 cars.

Specialising in long-distance and endurance rally car preparation, RPS has developed a reputation for creating strong cars that can survive the rigours of driving up to 700km a day on unpaved roads in hostile conditions. It can take up to 1,500 hours to transform vehicles into a competition car that can cope with extremes of temperature and road conditions found in some of the most isolated parts of Asia and Europe.

Drivers Brian and Catherine Scowcroft guided the Falken-shod Chevrolet to an impressive second place in the European Cup as well as third place in the Vintageant class, finishing in seventh overall.