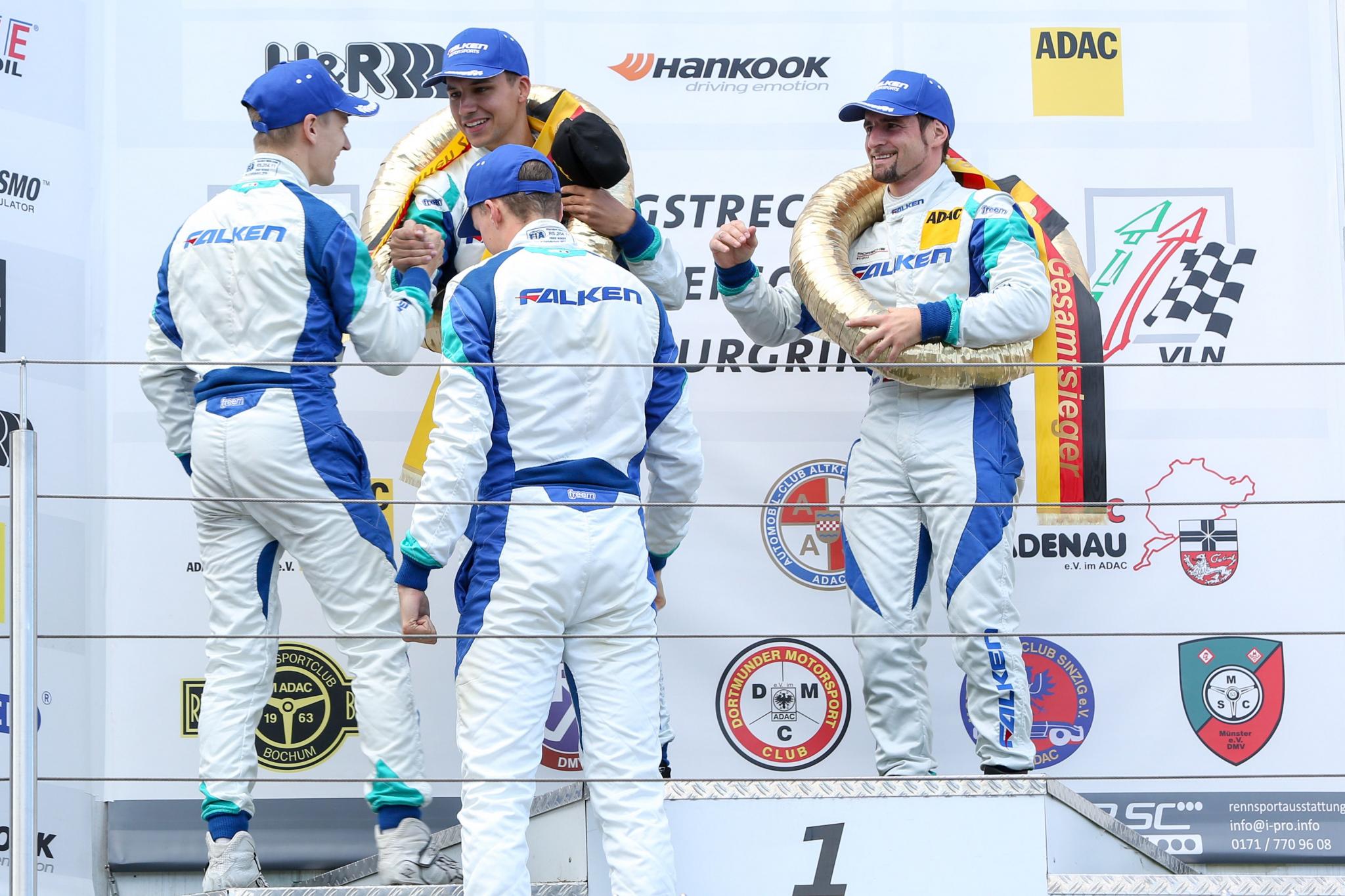 Falken’s VLN team had its most successful year

Falken Tyres experienced its most successful VLN Endurance Championship season in 2018, securing seven podium finishes including two race victories, as its Porsche 911 GT3 R beat its competitors around the Nordschleife. The Type 991 has been the most successful Falken race car in the VLN to date, claiming two wins and nine podium finishes since its racing debut in April 2016. A reliable competitor, it has completed more than 30,000 racing kilometres overseen by Falken’s engineers.