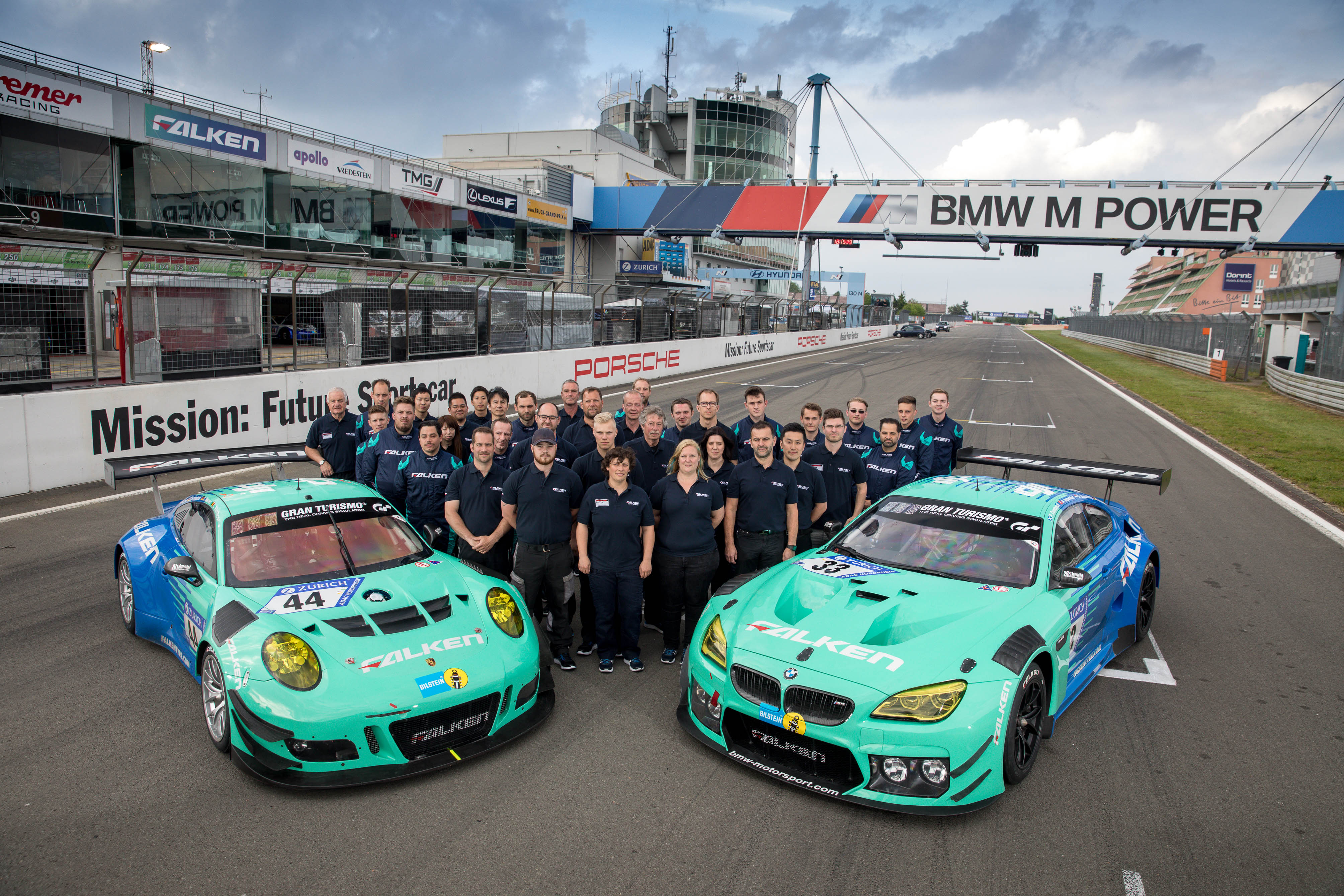 Falken will contest its 20th season at the 2018 Nürburgring 24-Hour Race and subsequent VLN Endurance Championship. The Falken Motorsports driver line-up, which has been altered for 2018, are competing in its two GT3 cars, the Porsche 911 GT3 and BMW M6 GT3. Falken has also produced a video to mark the occasion of two decades on the Nordschleife “Green Hell”.

“2017 was the most successful motorsports season for Falken yet,” says Markus Bögner, COO at Falken Tyre Europe GmbH. “Our victory at the fourth VLN race, as well as the achievement of additional podium positions, are the result of strong team performance and the continuous tyre development carried out by our engineers. We will again run our pair of GT3 cars in 2018.”

Falken has competed at the Nürburgring with various Porsche models since 2011, claiming a podium finish at the 2015 edition of the ADAC Zurich 24-Hour Race. Falken’s current Type 991 model from the Zuffenhausen-based manufacturer has a 4.0-litre flat-six engine, producing 500hp, and is shod with 300/660R18 Falken tyres on the front axle and 330/710R18 on the rear.

Behind the wheel this season will be Falken’s Austrian factory drivers Martin Ragginger and Klaus Bachler, joined by two German Porsche factory drivers, Dirk Werner and Sven Müller. New to the Falken Motosports line-up, Müller has been competing in motorsport since 2004 and was crowned champion of the Porsche Mobil 1 Supercup and the Porsche Carrera Cup Germany in 2016

Following its successful debut in 2017, where it secured ninth overall in the 24-hour race, the BMW M6 GT3 will again be piloted by Falken drivers Peter Dumbreck (UK) and Alexandre Imperatori (Switzerland). The Falken duo will be supported by Stef Dusseldorp (Netherlands) and Jens Klingmann (Germany). Team newcomer Klingmann is a BMW Motorsport works driver who has competed in the ADAC GT Masters and IMSA WeatherTech Sportscar Championship, claiming second at Petit Le Mans and fourth in the GTLM class at the Rolex 24 and Sebring in 2015.