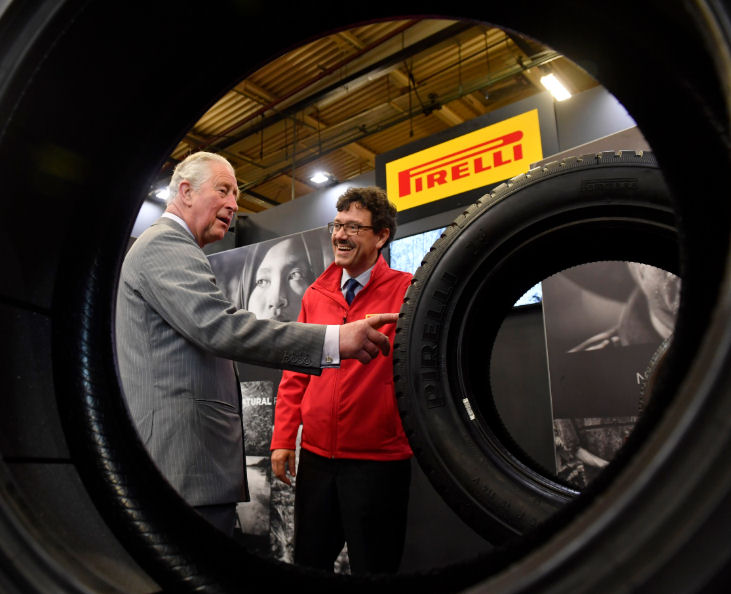 A photo snapped of Prince Charles visiting the Pirelli tyre plant in Carlisle has been named Regional/Local Newspaper Rota Photo of the Year in News Media Association’s Royal Rota Photography Competition 2019. Stuart Walker took the photo for the News & Star during the Prince of Wales’ visit to the Carlisle factory in April.

Walker’s photo and winners in the competition’s other two categories were selected by a panel of expert judges following an online public vote in which thousands of votes were cast. Martin Keene, Press Association group picture editor and member of the five-person panel, explained the decision to honour Walker: “On a visit to a tyre factory the photographer has used real imagination to frame the picture using a tyre – and that can be really hard amidst the security and management of a royal visit. It’s lifted a visit from the routine to the rather special.”

Commenting on the accolade, Chris Story, editor of The Cumberland News, said: “Stuart is an exceptional photographer who can always be relied upon to produce that special image. I’m delighted his talent has been rewarded.”