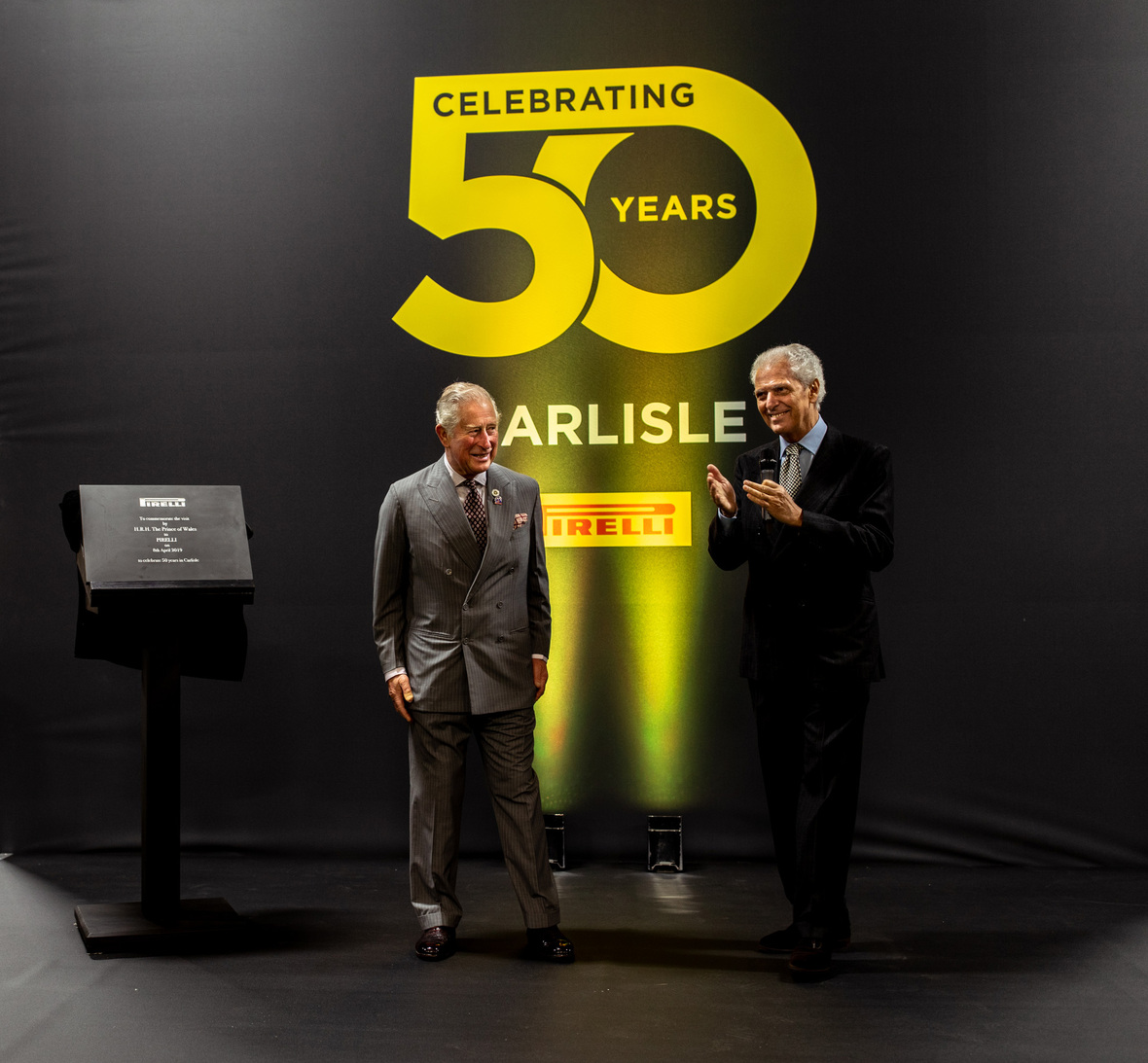 The Pirelli tyre plant in Carlisle hosted a royal guest today to mark its 50th year of operation. His Royal Highness The Prince of Wales was welcomed at the plant by Marco Tronchetti Provera, chief executive officer and executive vice-chairman of Pirelli, along with Andrew Mitchell, HM Trade Commissioner for Europe, and Raffaele Trombetta, Italy’s Ambassador to the UK, senior Pirelli management and many employees.

“It was a great honour to welcome His Royal Highness to our factory in Carlisle during this important anniversary year, and so celebrate the enduring and fruitful relationship between Pirelli and the United Kingdom. It will be a day that we will all long remember,” said Tronchetti Provera.

Of particular interest to His Royal Highness were Pirelli’s apprenticeship scheme and the company’s attention to sustainability issues. Through apprenticeships, Pirelli has provided skilled employment opportunities in the Carlisle area for more than 40 years.

With regard to sustainability, Carlisle works towards the achievement of the group’s global goals and has helped establish Pirelli as the recognised leader in the Auto Components Sector on the Dow Jones Sustainability Index. This year the Group was also included on the CDP Climate A list for its efforts to counter climate change.

Pirelli Carlisle is a centre of excellence for SUV tyres, with a focus on the Premium and Prestige segments, which supplies both domestic and foreign markets. Together with the plant in Burton-on-Trent, which dates back to 1929, the company employs over 1,300 people in the UK, with Carlisle accounting for around 900.