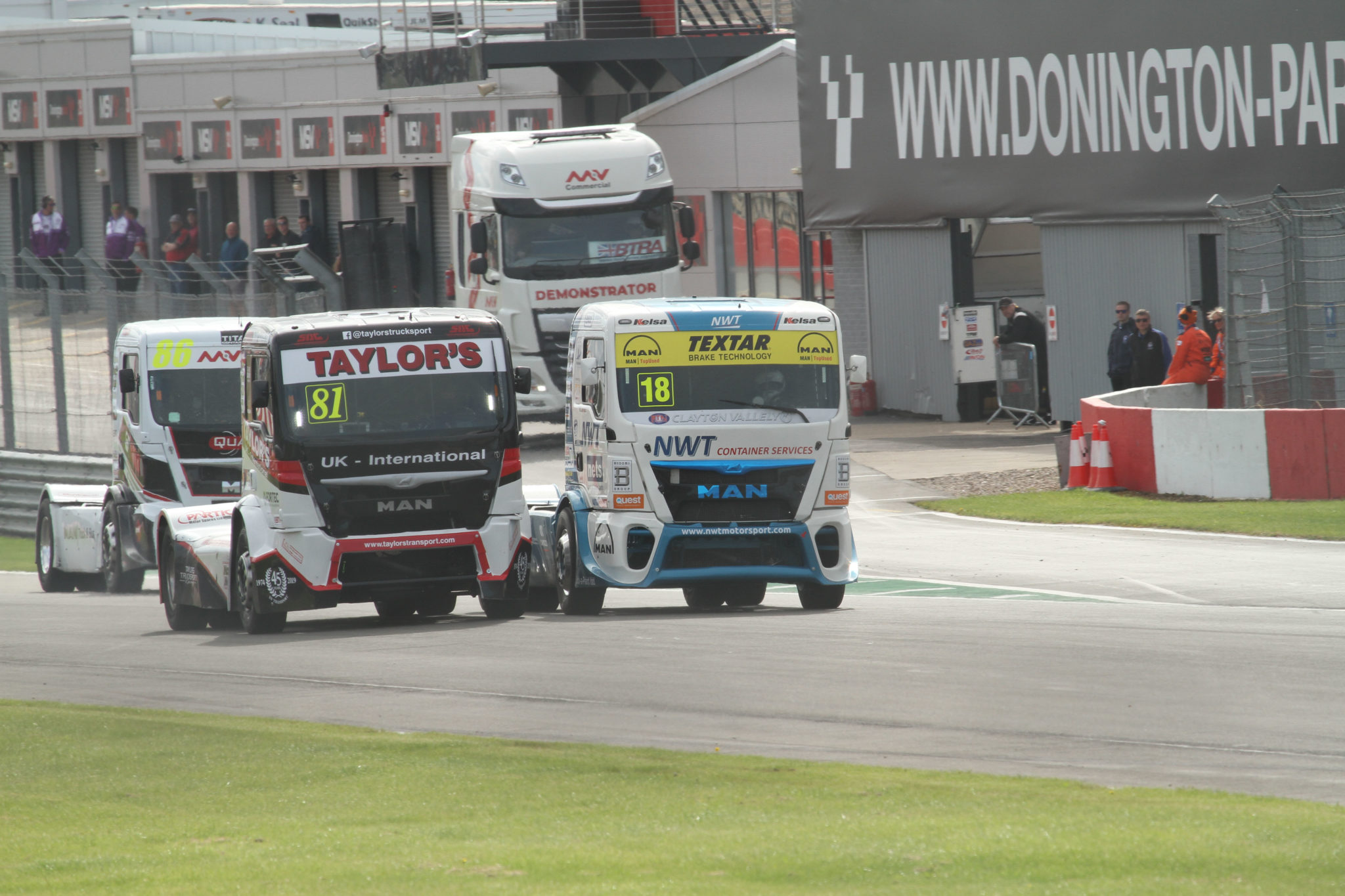 Taking place at Donington’s Convoy in the Park – the ultimate celebration of trucks, drivers and life on the road with hours of truck racing, live music and entertainment, the event welcomed visitors in their thousands, with more than 150 guests including Textar distributors joining the team at the event.

Having finished fifth in the division one race of the weekend on Saturday, Newell battled home in the first truck race on Sunday in 10th position after a technical issue.

In the second race, Newell responded strongly, navigating the wet 2.4-mile Donington track and enjoying some wheel to wheel action to finish in fourth place. Then, in the third and final race of the day, Newell continued to challenge, finishing sixth to rise to fourth in the British Truck Racing Championship.

TMD Friction has demonstrated its commitment to partnering with one of BTRC’s rising teams through sponsorship, with its market-leading Textar brake pads and discs fitted to the 2019 1100BHP truck, which is nicknamed Winnie and weighs 5.3 tonnes.

Driver John Newell said: “It was a brilliant weekend of racing and great to see so many people coming to support Textar and the team. With such heavy demands on performance, the components need to be robust and to work efficiently and effectively in all environments. We have found over the course of the season that Textar braking performs superbly during races to offer a quick recovery, so that the pads are ready to brake as efficiently again at the next corner.

“With most teams having to change their pads over the course of the weekend, Textar’s last an entire weekend, which is over four races. What’s more, data gathered from our onboard telemetry system provides data from previous pad temperature readings so we can calculate the accurate braking distances required for the upcoming race.  In other words, Textar pads tell me when I need to brake to offer optimum braking performance.”

Newell & Wright Motorsport’s first appeared on the truck racing scene in 2001. In 2018, the company decided to make a return to the professional circuit with a brand-new custom-built MAN racing truck, built from scratch with the help and expertise of Stefan Honens Racing Services and MAN.

Next up for Textar and Newell & Wright Motorsport is racing at Snetterton on 7 & 8 September. Featuring eight race weekends, 2019’s BTRC will wind down at Brands Hatch on November 2/3 for the season finale.

Sue McKay, global category manager CV, TMD Friction UK Ltd, said: “We welcomed more than 50 guests to Convoy in the Park and this underlines the growing popularity of truck racing and also the desire for customers and end users to see the Textar brand put through its paces in the most of demanding of environments.”

1 in 4 cars leave forecourts with MOT advisories that could pose danger in ...