You are here: Home1 / News2 / Motorsport3 / Yokohama set for rocking and racing at the Silverstone Classic

Yokohama set for rocking and racing at the Silverstone Classic 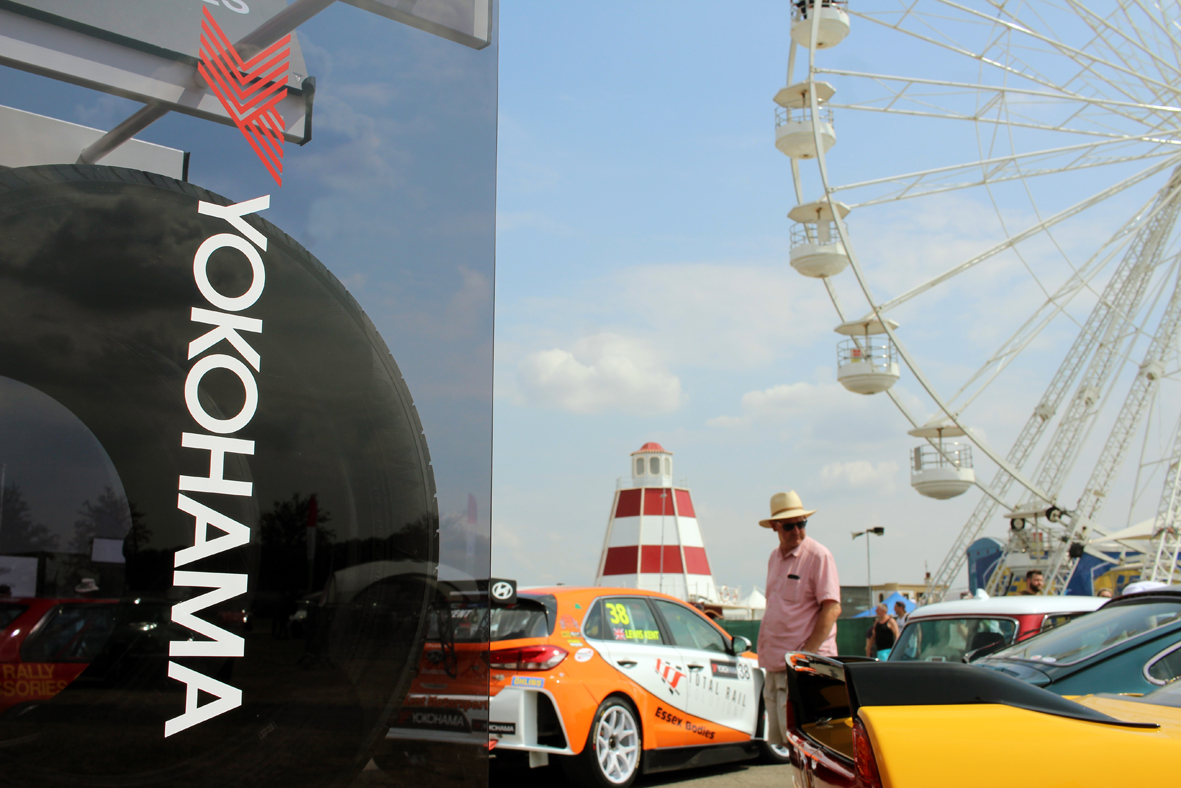 Japanese tyre manufacturer, Yokohama, returns to the Silverstone Over 100,000 people are expected to attend the motorsport and classic car event

Japanese tyre manufacturer, Yokohama, returns to the Silverstone Classic for its second year as the official tyre partner. Over 100,000 people are expected to attend the motorsport and classic car event from 26–28 July.

In a celebration of Yokohama’s three decades of history in the UK, the tyre manufacturer will present a static display of road and race cars, each representing a significant historic milestone. On display will be iconic cars raced to victory on Yokohama tyres by motorsport greats through the eras, including Martin Brundle’s 1983 Ralt RT3 Formula 3 race car and Robb Gravett’s championship-winning BTCC 1990 Ford Sierra Cosworth RS500.

Also displayed will be a selection of iconic cars representing Yokohama’s successes as an original equipment supplier to some of the most respected performance car manufacturers.

Yokohama will also be exhibiting its latest range of road and race tyres including three new hobby tyres, the Advan HF Type D, the A008P and the first public appearance of the G.T. Special Classic. These patterns are certain to appeal to the thousands of visitors present who own classic cars. Manufactured to modern standards but ideally suited to classic cars, these tyres will soon be available in the UK.

Following the success of last year’s debut, the Yokohama Chelsea Skills Zone returns offering free football coaching sessions for children courtesy of Chelsea FC Foundation, with a number of opportunities for participants to win some very special prizes on each day of the show.

For supercar fans, the Supercar Legends Display presented by Yokohama offers the opportunity to see some of the rarest and most exciting supercars and hyper cars in the country. Located in the International Paddock, highlights include an Aston Martin ‘On Her Majesty’s Secret Service’ DBS Superleggera special edition created for the forthcoming James Bond film, a Tushek TS900 Apex and a Brabham BT62.
Once again, the Yokohama Trophy for Club Car of the Show will see one single car, selected from within the 100+ car clubs in attendance, crowned as the most exceptional. The owner of the car will be awarded the trophy by Yokohama representatives.

Finally, the Yokohama Trophy for FIA Masters Historic Sports Cars provides the opportunity for fans to witness Le Mans-style sports cars and Group 4 period cars from 1962 up to 1974 battling it out on the world famous Silverstone circuit.

“We’re looking forward to another action-packed Silverstone Classic which is one of the most exciting events of the year and the ultimate celebration of historic motorsport,” comments David Seward, managing director, Yokohama HPT. “Motorsport is deeply rooted in Yokohama’s heritage, and where better than Silverstone to showcase our products and meet our customers at the various activities we’ll be hosting for fans of all ages across the event.”