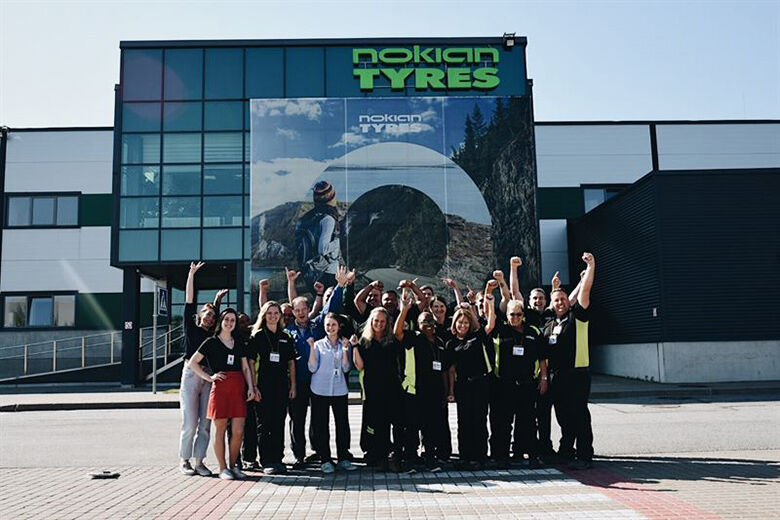 Following a month of orientation, Nokian Tyres has sent the first group of employees hired for its new factory in the USA on a six-week training experience at its facilities in Russia and Finland. The training trip’s aim is to equip members of the Dayton, Tennessee plant launch team with the skills they’ll need when beginning the production process ramp-up ahead of the start of commercial production in 2020.

“We couldn’t be happier with the skills and enthusiasm of our first 60 employees,” said Peter Chia, operations director at Nokian Tyres’ Dayton plant. “Now, we look forward to seeing them apply their energy to learning about our industry-leading processes and products.”

Most employees will train at the company’s factory near St. Petersburg, Russia, where the highly automated technology closely resembles the even-more-advanced machinery currently being installed in Dayton. The journey will also include cultural experiences and deeper introductions to the company’s culture. Some workers will also receive training at Nokian Tyres’ original factory in Nokia, Finland.

While the majority of the launch team will travel to Europe, a group of engineers, technicians and operators will remain at the Dayton factory to commission and test the state-of-the-art machinery.

Community a priority during orientation

Amidst a busy training schedule, the launch team participated in several community service projects during a month of orientation held prior to the European visit. Employees worked on landscaping projects to improve parks and non-profit facilities, helped renovate a playground, painted park benches and tables and helped prepare a transitional lodging house for beneficiaries of We Care, a local organisation committed to serving homeless and underprivileged residents. Employees also built and donated bicycles to underserved children as part of the company’s relationship with We Care.

“There’s a reason our launch team has spent so much time serving the community in its first month on the job,” Chia explained. “Our company wants to set the tone for the kind of community partner it will be.” The company has also formed an employee-led donations committee that will evaluate opportunities for non-profit involvement.

Later this year, Nokian Tyres will begin its second phase of hiring for the Dayton Factory. Eventually, around 400 employees will be engaged in tyre making at the facility. The Dayton Factory is a key element of Nokian Tyres’ growth strategy, which aims to double the company’s North American sales by 2023.