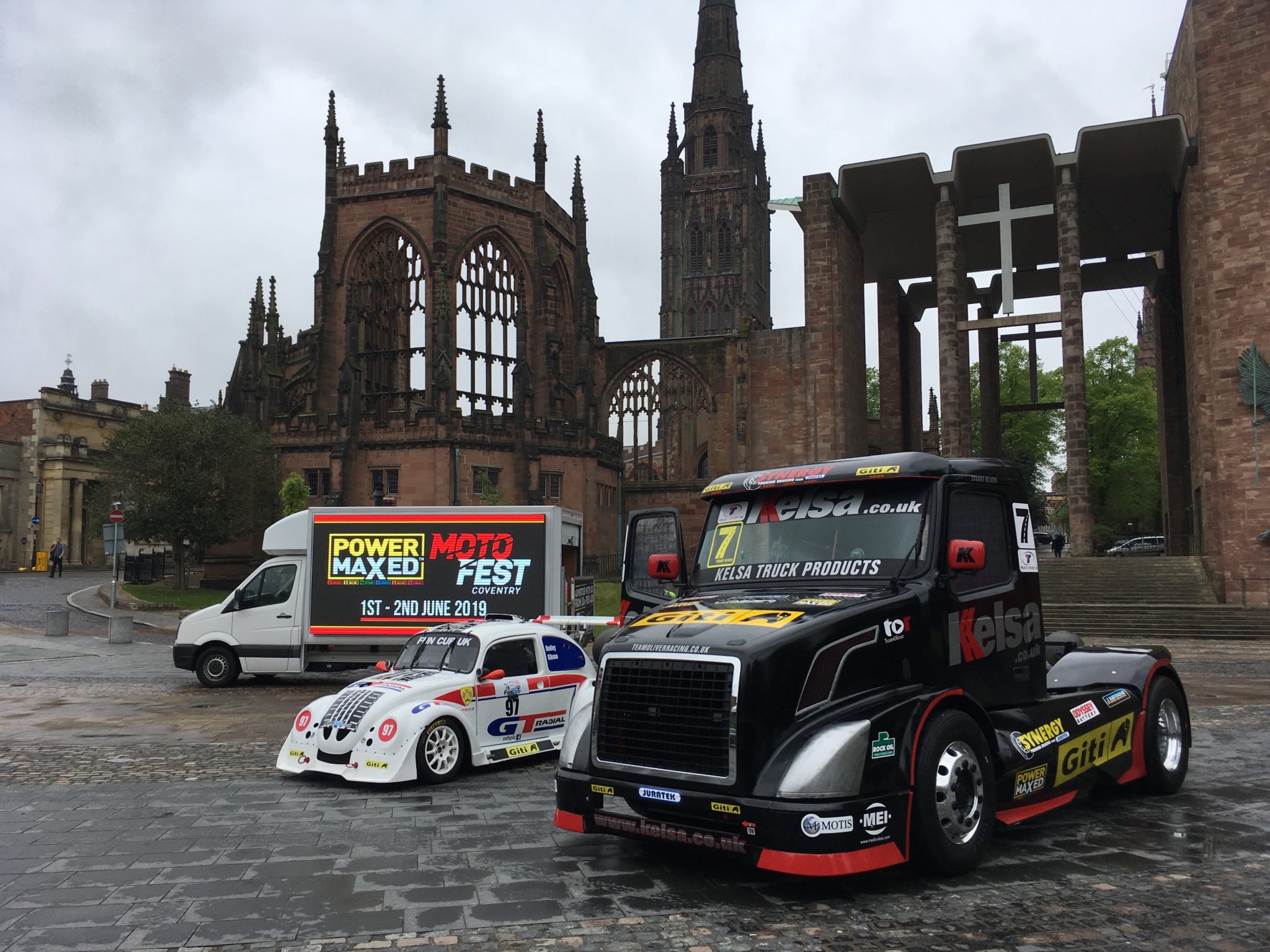 GT Radial is sponsoring the MotoFest Coventry track, made from the city’s ring road, at the UK’s largest urban motorsports festival weekend

Giti Tire is the official tyre partner for the VW Fun Cup series, which sees a grid of 30 identical, race designed, single seater cars with a super-strong space frame chassis based on the Volkswagen Beetle, compete in an eight-round endurance championship.

Along with the VW Fun Cup cars, a Power Maxed MotoFest Coventry crowd favourite, the racing trucks, will also return as part of the sprint circuit sponsorship.

The motorsport heavyweights will again feature on the GT Radial sprint circuit, three years since their last appearance at MotoFest 2016, when they proved to be one of the crowd-pleasing highlights of the weekend.

Brian McDermott, country manager – UK for Giti Tire, said: “We are absolutely delighted to be involved in MotoFest Coventry and being a hugely active partner in the event.

“At our stand visitors will be able to get up close and personal with the VW Fun Cup cars and Stuart’s racing truck, as well as enjoying other participation activities including an F1 simulator and a car-themed football shooting challenge for the kids.

“We are involved in motorsport events throughout Europe and our promise is to take this high-end technology from ‘the racetrack to the road’, this is us delivering on that guarantee in the fun-packed environment that only the Coventry MotoFest can generate.”

James Noble, Coventry MotoFest festival director, said: “It’s fantastic to have such a high profile sponsor for the sprint circuit and a brand that is already so well connected to motorsport.

“We also have the added excitement of seeing the VW Fun Cup cars on the GT Radial sprint circuit during the festival weekend.

“If all that wasn’t enough to look forward to, thanks to Giti Tire we also have the welcome return of the racing trucks, which I am sure will be hugely appreciated by all those who enjoyed them at MotoFest Coventry 2016.

“It’s all building towards another incredible event. We look forward to making further exciting announcements regarding more amazing two and four wheeled attractions set to run on the GT Radial sprint circuit.”

As the largest free urban motorsport festival in the UK, it brings live motorsport, including official championship rounds of various race series, classic and performance vehicles, and the cutting edge of automotive innovation right into the heart of the UK’s Motor City, free for everyone to enjoy across the weekend.