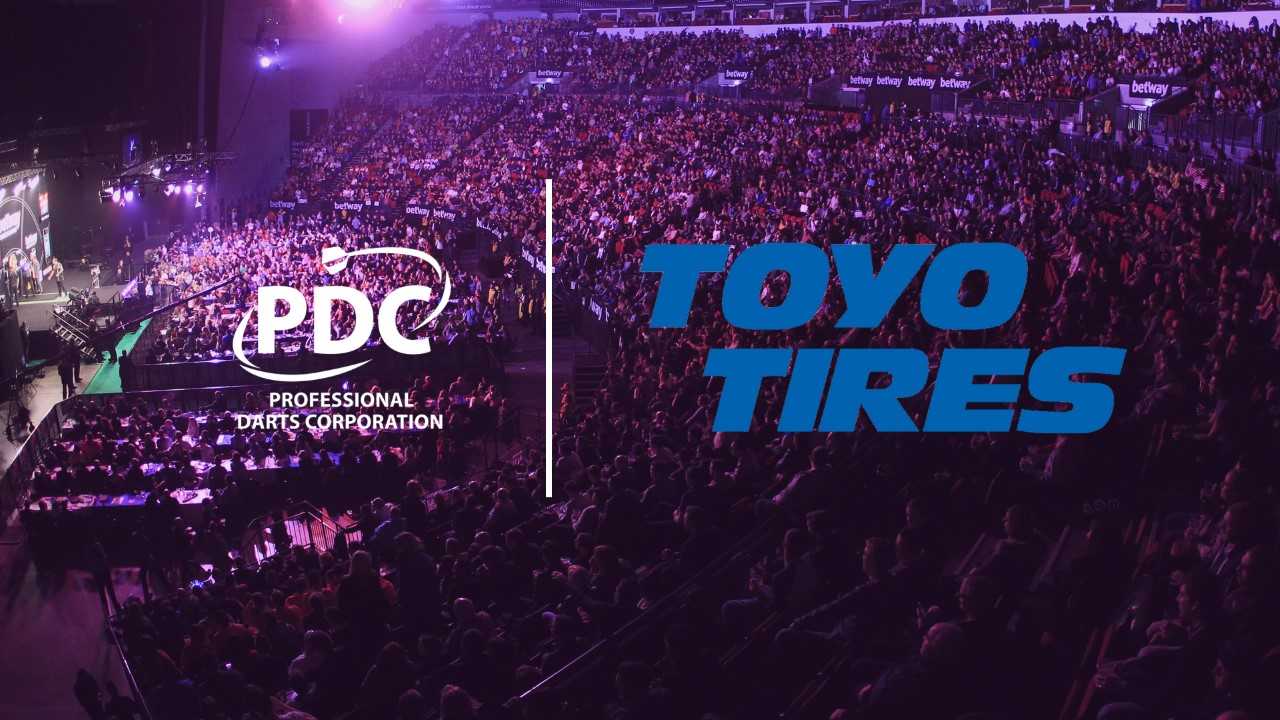 Toyo Tires is now an official partner of the Professional Darts Corporation (PDC) after the tyremaker signed a three-year deal commencing at the forthcoming William Hill World Darts Championship. Darts has enjoyed a boom over the past decade, with stars such as world number one Michael van Gerwen, flamboyant Peter “Snakebite” Wright and reigning World Champion Rob Cross becoming household names.

According to Toyo, darts is bigger than ever as a televisual spectacle through the PDC’s £14 million of prize money on its global circuit and Toyo Tires looks set to capitalise on this audience, spearheading a sponsorship campaign the company hopes will see reach “an unprecedented number of viewers around the world”.

With extensive sponsorship deals in place with some of the planet’s most talented automotive celebrities, the Japanese firm has clearly set its sights at a similar level of darts talent through its partnership with the PDC.

Branded Toyo Tires patches will be worn by all 96 players at the forthcoming World Championship, to be held over the festive period in London, and Toyo will also have further strategic brand placement throughout the PDC season.

The global TV audience for the many darts tournaments that are set to take place throughout 2019 in over a dozen events will be shown to an estimated 40 million viewers.

In the UK alone, this figure is expected to exceed 7.3 million viewers, eclipsing many other televised sports, while over 500,000 fans will attend PDC events worldwide during 2019.

Professional stars are now competing for huge prize money pots, and with the PDC being headed up by seasoned promoter Barry Hearn, there’s no doubt that Toyo’s investment will net significant brand recognition and TV coverage to boot.

“It gives us great pleasure to welcome Toyo Tires as a partner of the PDC during an incredibly exciting time for the sport,” said PDC Chairman Barry Hearn.

“We’re about to begin the sport’s biggest-ever event as 96 players compete for £2.5 million in prize money at the William Hill World Darts Championship, where Toyo Tires’ branding will enjoy significant worldwide exposure.

“With our global tour only set to expand further as the sport continues to grow, we look forward to an exciting partnership with this global brand.”