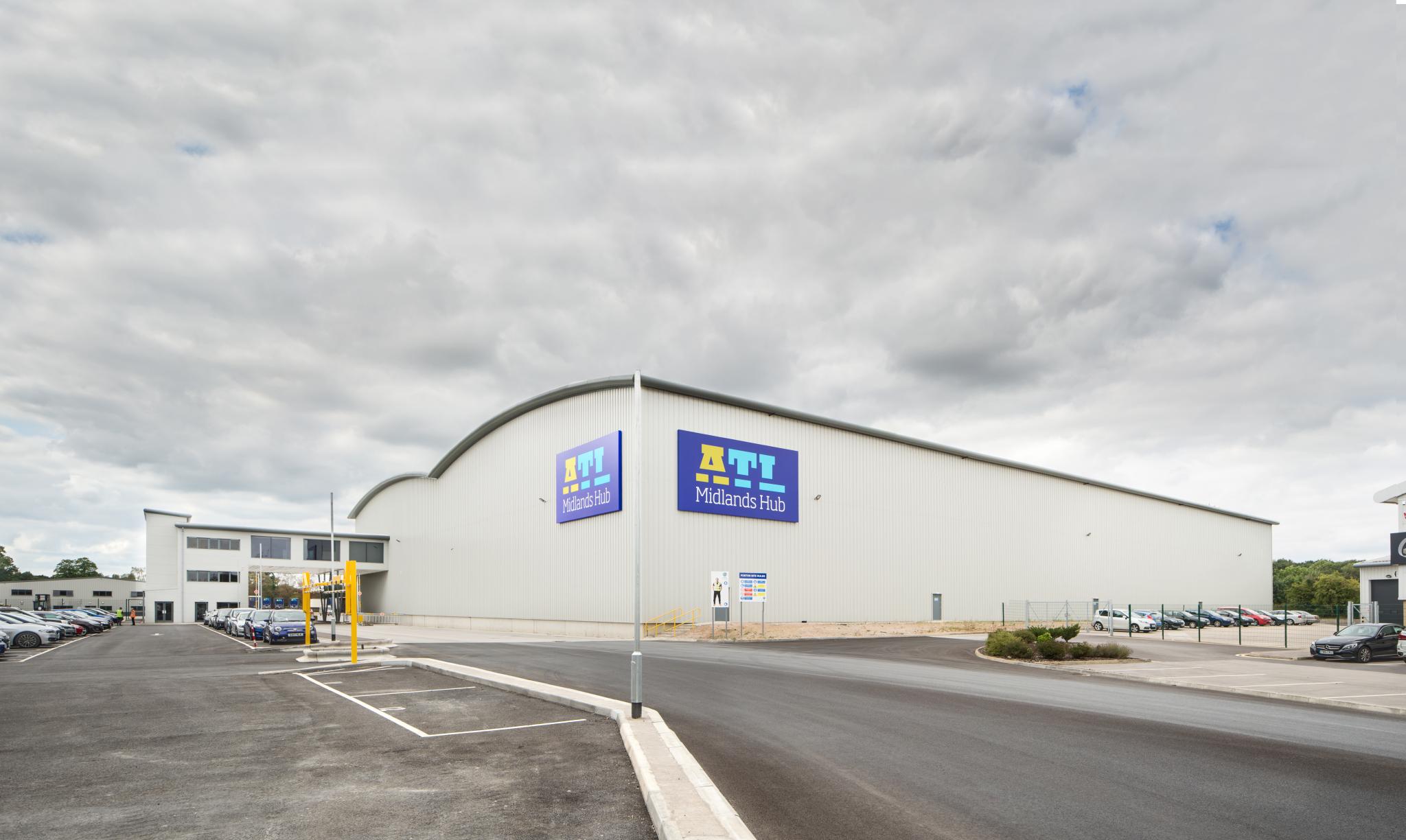 The new ATL Midlands Hub features a 35,000 pallet distribution centre and offices, with the suggestion that there is more capacity to come

To commemorate the opening, the Rt Hon Greg Clark MP, Secretary of State for Business, Energy and Industrial Strategy, officially opened the 35,000 pallet distribution centre and offices, in attendance of over 100 local dignitaries, suppliers and customers.

Managing director, Jon Ward (who many in the tyre industry will know as the former managing director of Mitas Tyres UK) spoke at the event, as well as co-founder of ATL, Norma Ascott, and her two sons Pete and Joey Ascott, who have now stepped away as former directors to become chair and vice-chair of parent company Foston Park Limited.

Managing director, Jon Ward, who became ATL MD in April 2018, said: “It’s fantastic to be able to showcase ‘ATL Midlands Hub’ along with those people who helped to make this happen and we’ve worked with on this journey. The Ascott family have done a brilliant job in developing ATL from a local haulier into the thriving business it is today and they should be very proud of what they’ve achieved.”

“Over the last five years, we’ve doubled in size so we’ve invested heavily in additional storage and office space to accommodate this growth and demand from customers. Since opening the 190,000 square foot facility in December 2017, we’ve seen an increase in larger companies approaching us for quotes and we’ve recently won new business from four large national companies. This has resulted in us hiring more staff and upskilling existing employees to help the business on its journey of growth.”

Business Secretary Greg Clark said: “The Midlands is vital to the UK economy and home to some of our most iconic and productive businesses. It is a place with unique strengths and this government is committed through our modern Industrial Strategy to making it an even better place to live, work, study and do business, improving opportunities and quality of life for the people of the region.

“ATL is a brilliant example of the entrepreneurial spirit that exists in the region and has a proud history as a business run by the same family for 60 years, consistently delivering good jobs in the area while evolving and adapting over decades to ensure it continues to thrive.”

With ATL’s 25-acre freehold site strategically-placed on the A50, it aims to develop into a key logistics hub in the heart of the country.

Jon Ward added: “We’re centrally located between the M6 and M1, making this a prime position to store and distribute items to locations across the UK. We have future plans to create additional warehouses in Foston in order to achieve our ambitious growth strategy of becoming a central logistic hub in the Midlands.”