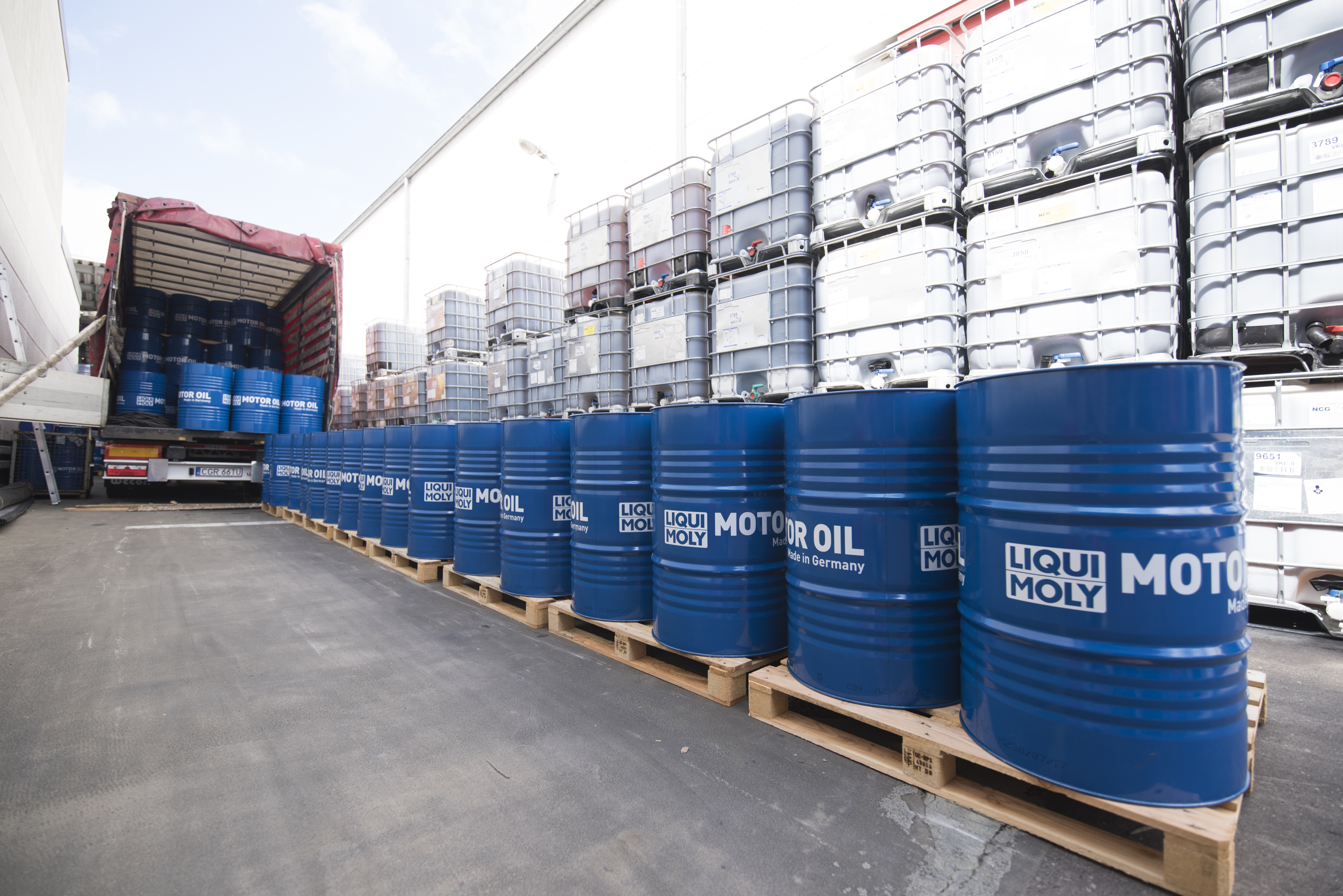 The German oil and additive specialist Liqui Moly has now significantly improved its delivery times by opening a warehouse of its own in Milton Keynes. “It’s important for us to ensure our customers don’t have to wait long for their orders arrive,” says Ibrahim Memis, who is responsible at Liqui Moly for trade in the UK.

Since Liqui Moly’s production facilities are limited to its two sites in Germany, previous practice has been to cluster orders before transporting them across the channel. This was not just complicated but time-consuming, too. The new warehouse in Milton Keynes makes the entire process faster and more straightforward: instead of having to wait a fortnight, customers now receive their goods within one or two days.

“We’re now more flexible and can offer a much better delivery service,” says Ibrahim Memis. “In Milton Keynes we’re close to Greater London while at the same time being central enough to supply the whole of the UK. This finally puts us on a par with our competitors, so we can now make the most of the advantages that Liqui Moly offers garages and motorists.”

Opening a warehouse of its own is an unusual step for Liqui Moly – in fact the UK is one of the first countries in which Liqui Moly has established its own logistics operations. “This highlights the importance of the British market from our perspective – Brexit or no Brexit”, says Ibrahim Memis. “We’ve previously invested in personnel, now comes the logistical infrastructure.”

Last year Liqui Moly increased its sales in the UK by almost 20 per cent. Ibrahim Memis: “We aim to continue this successful track record in 2018 – and the new warehouse will help us in doing so.”