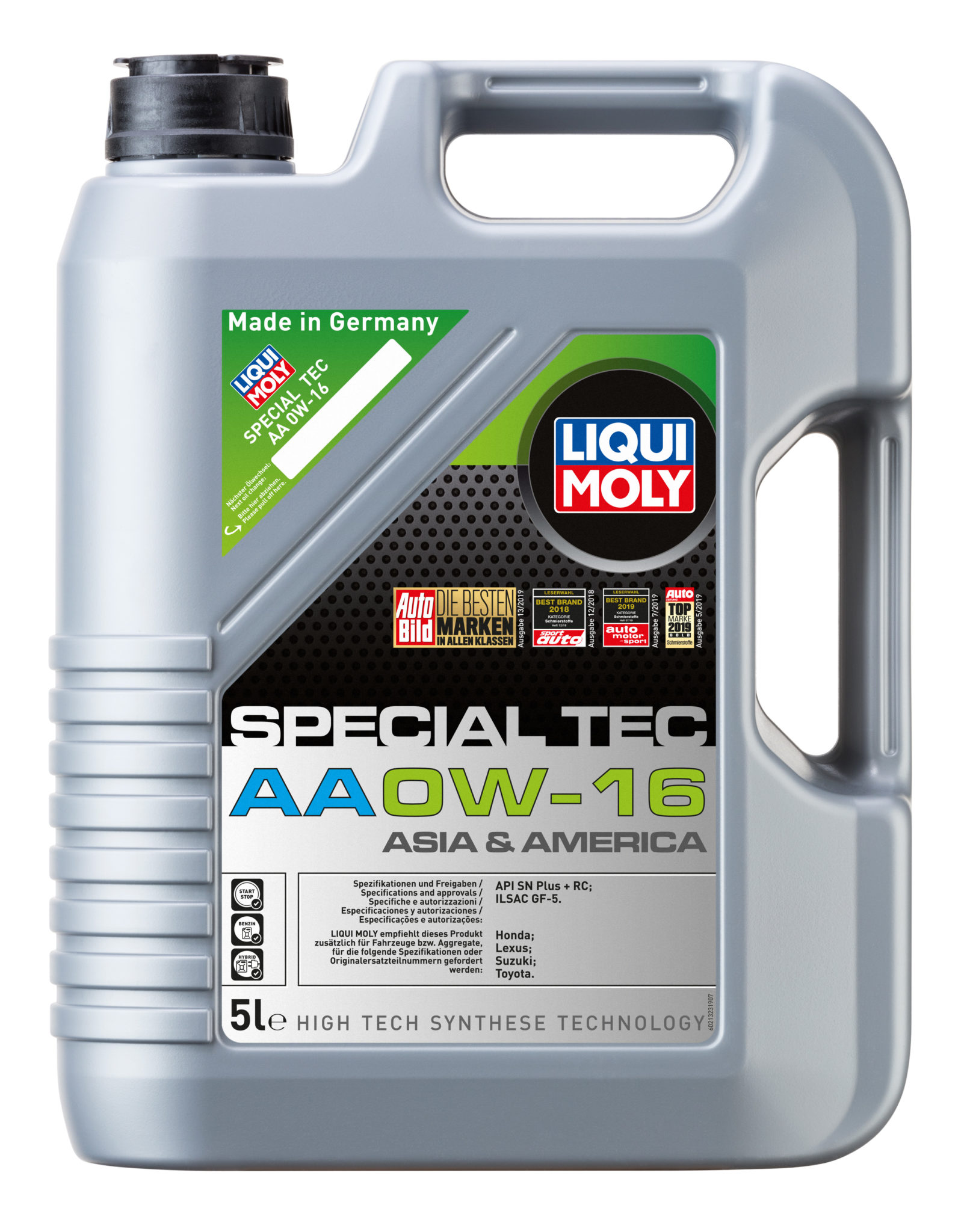 Liqui Moly has launched its new Special Tec AA 0W-16 oil. Tim Keller, export area manager responsible for the UK and Irish market says it is the “lowest viscosity” product it has ever launched. It is suitable for selected models from Honda, Lexus, Suzuki and Toyota.

Japanese car manufacturers are most likely to stipulate a viscosity of 0W-16, and the rating is very uncommon outside of Japan. However, this is changing slowly. “0W-16 oils are still very much a niche product but, technologically, they are very interesting,” explains Tim Keller. “This is why we are already producing it, even though the revenue earning potential is still low.” Special Tec AA 0W-16 meets the requirements for API SN Plus + RC and ILSAC GF-5 and is suitable for selected models of Honda, Lexus, Suzuki and Toyota.

The lower the oil viscosity, the less power the engine has to use to pump the oil. This lowers fuel consumption and emission levels accordingly. A low viscosity oil is one of the many tricks car manufacturers use to reduce emissions. A thicker viscosity 10W-40 used to be the most widely spread viscosity, today it is 5W-30 and increasingly more 0W-20. And now 0W-16 has been launched.

The challenge for oil manufacturers is to develop an oil that has a low viscosity on the one hand but also ensures the lubrication of the engine under extreme loads. The actual oil used in the motor oil cannot manage this because its viscosity is too low. It is the highly-developed additive packages which are mixed with the actual oil in the motor oil which keeps the engine lubricated.

Winter is coming: Brits clueless on how to drive in snow-covered UK