You are here: Home1 / News2 / Company News3 / Dunlop takes over from Bridgestone as Saroléa technical partner

Dunlop takes over from Bridgestone as Saroléa technical partner 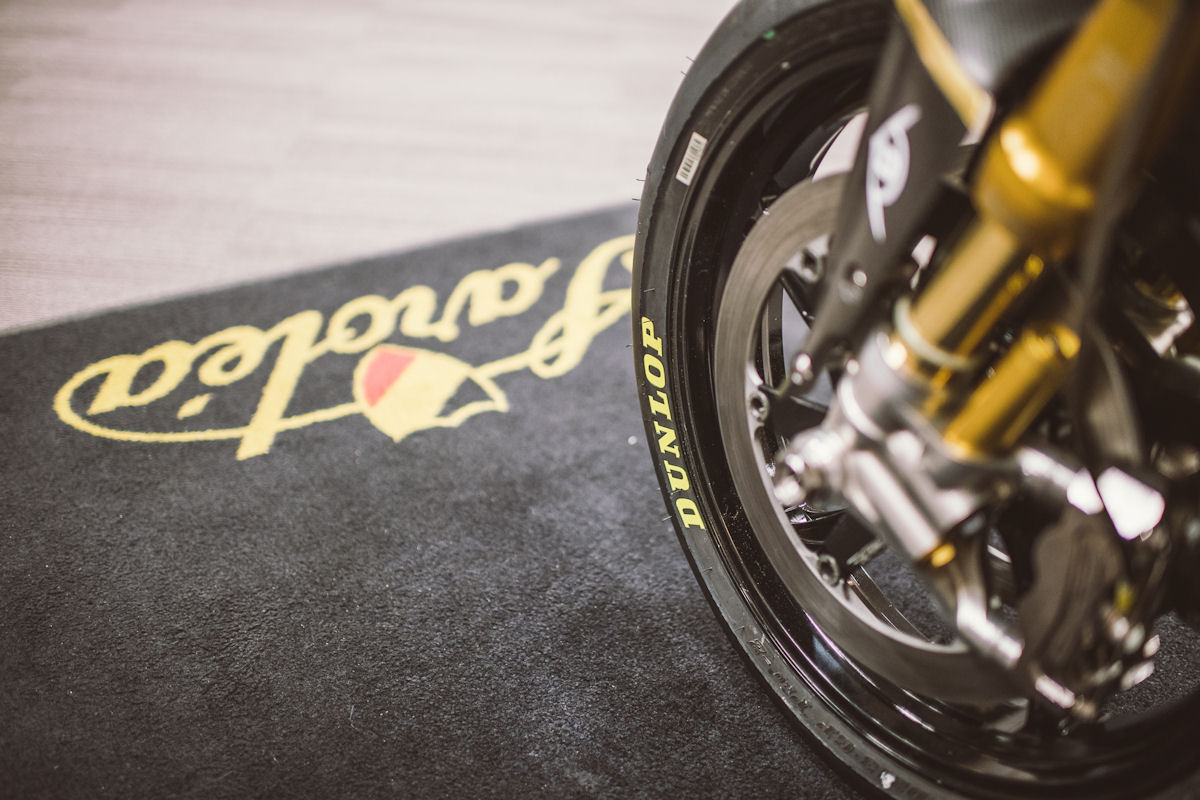 After four years of partnership with Bridgestone, Belgian motorcycle brand Saroléa has now selected Dunlop as a technical partner for its Saroléa SP7 electric racing motorcycle. Dunlop comments that the change of technical partner accompanies yesterday’s announcement of the next goal for Saroléa, which is to be recognised as a candidate for future Le Mans 24h and FIM Endurance World Championship (EWC) competition and thus directly compete with the most powerful petrol-powered EWC machines. The switch, adds Dunlop, was a move Saroléa made “to help achieve this goal.”

“When we were looking for a tyre partner to support our project, it was natural that we turned to Dunlop. Dunlop is the most successful tyre manufacturer in endurance racing and is the reigning FIM Endurance World Champion tyre manufacturer,” states Torsten Robbens, chief technical officer of Saroléa. “Our motorcycle has immense torque and requires a tyre that can cope with our unique demands. In testing, the Dunlop provided the grip and durability we need for our project.”

Saroléa Racing will begin the next stage of its project with a demonstration of the latest version of the SP7 at the Le Mans Circuit just ahead of the start of the 24h race. Dunlop views this demonstration as a “significant milestone for the Saroléa team,” which competed with an electric racer at the Isle of Man TT Zero for the first time in 2014. The team became regular contenders on the demanding TT course and significantly improved their performance each time, achieving a 108.064mph/173.9km/h lap in last year’s race.

“We are delighted that Saroléa have chosen Dunlop as a Technical Partner,” says Wim Van Achter, motorcycle motorsport manager at Dunlop Europe. “We have watched their impressive progress very closely over the last few seasons and firmly believe they have a credible plan to develop a serious and innovative EWC challenger.”