You are here: Home1 / News2 / Motorsport3 / No Le Mans win, but Bridgestone back on motorcycle championship podium

No Le Mans win, but Bridgestone back on motorcycle championship podium 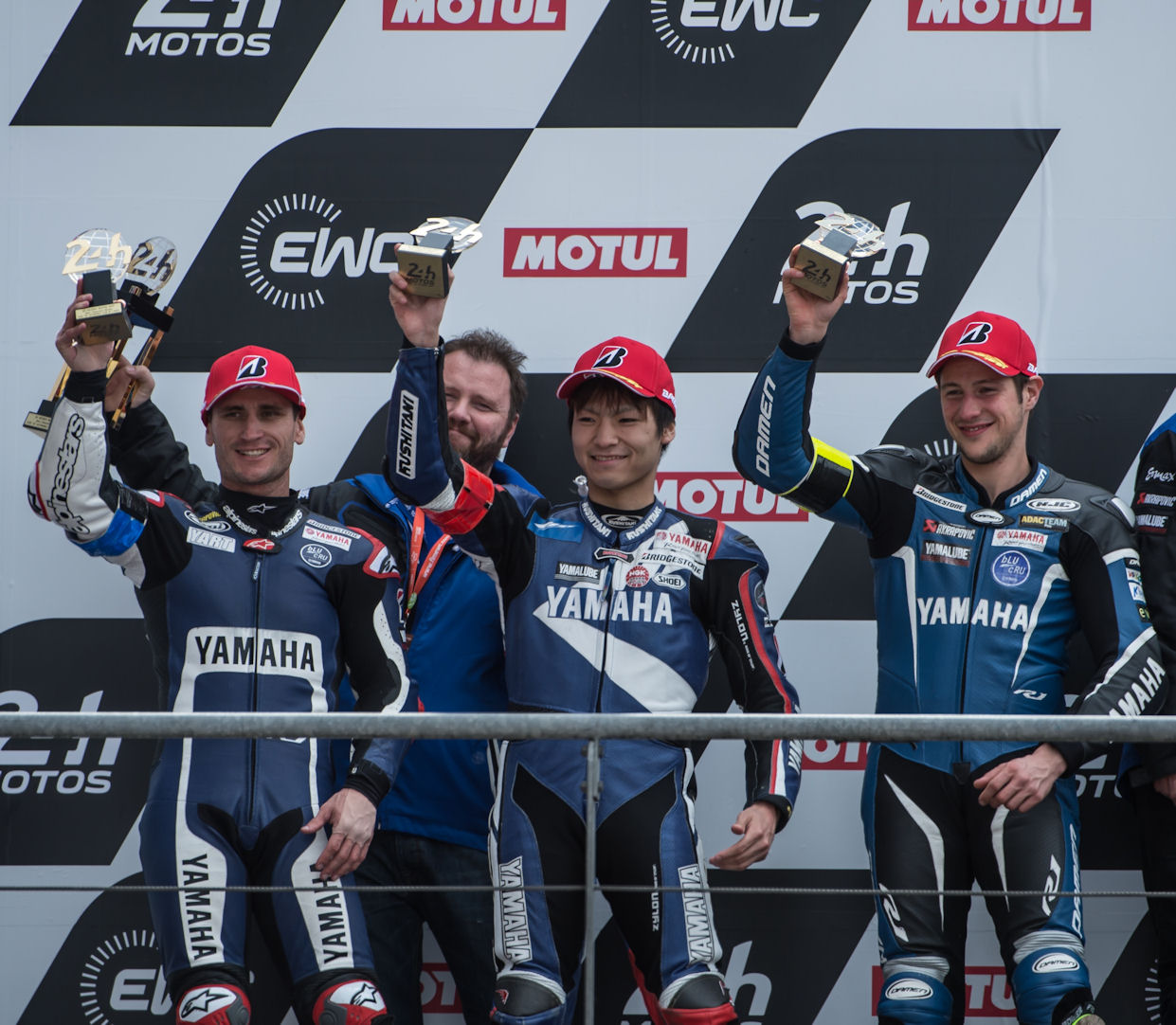 Earlier this month, Bridgestone’s Nico Thuy commented that the tyre maker was “aiming for great results with our new team partners” during the year’s FIM Endurance World Championship (EWC) series, and during the second round event this goal was realised with a second-place finish. On 16 April, some 75,000 spectators watched the YART Yamaha Official EWC Team finish the 24 Heures Motos Le Mans less than 20 seconds behind fellow Yamaha-backed team GMT 94. The two teams finished 12 laps ahead of the rest of the field.

“This was a sensational performance for our first world championship race with Bridgestone,” comments Mandy Kainz, team manager – YART Yamaha Official EWC Team. “We knew from the development work and practice sessions that Bridgestone racing tyres would give us the pace, consistency and endurance we needed, and this was proved in the race – hour after hour, day and night.”

Nico Thuy, head of Europe – Motorcycle at Bridgestone Europe, was equally delighted: “Bridgestone is thrilled to be on the podium in our first race back at the highest level of motorcycle racing. Congratulations to our YART team partners; it doesn’t get much tougher than the 24 hours Moto at Le Mans. From the way our tyres performed, I believe we can go one better in the next endurance race.”