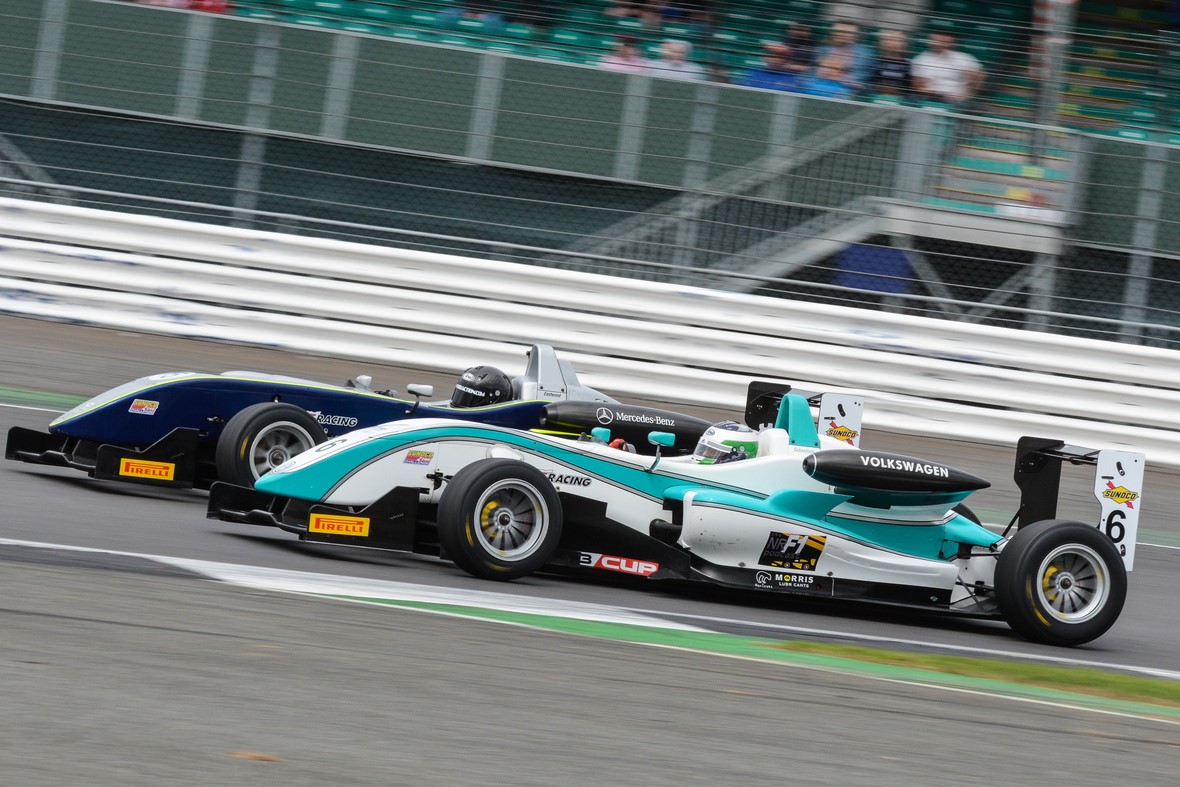 The F3 Cup round on the Silverstone National circuit featured a hat-trick of wins by Wade Eastwood. The Hollywood stuntman was making his first appearance of the season, and came from fourth on the grid to win the opening race, passing Robbie Watts for the lead.

In race two, he started third and actually slipped back to fifth early on, but drove brilliantly in the closing stages to snatch victory away from Watts on the last lap.

That win gave Eastwood pole position for race three, but made life difficult for himself once more off the start, with Cian Carey claiming the lead. Eastwood showed good pace back in fourth though, and was able to work his way to the front to complete the treble.