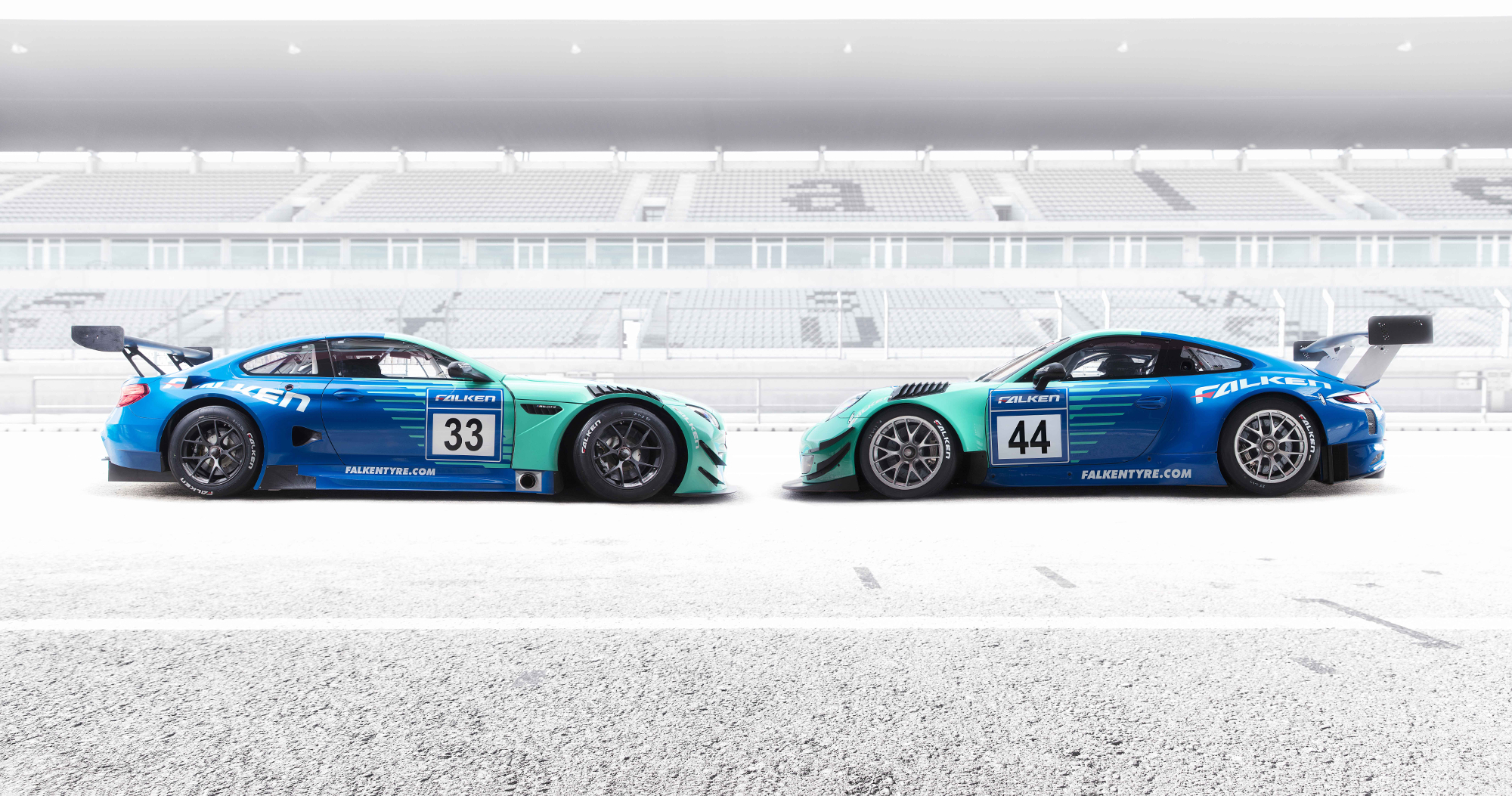 Falken will line up on the Nürburgring Nordschliefe grid with two premium German racing cars for the first time, adding a BMW M6 GT3 to the Porsche 911 GT3 R (Type 991), which debuted at the 2016 event. Falken’s Porsche was the fastest in the 24 hour race, finishing in ninth place overall. Falken will enter both cars in various VLN endurance races as well as the Green Hell event; the team says competing with two different but current GT3 vehicle marques is unusual, but confirms the depth of experience of Falken’s tyre engineers and the wide-ranging performance of the tyres. Falken’s long-term partner, Schnabl Engineering, will supervise and support the two vehicles throughout the season.