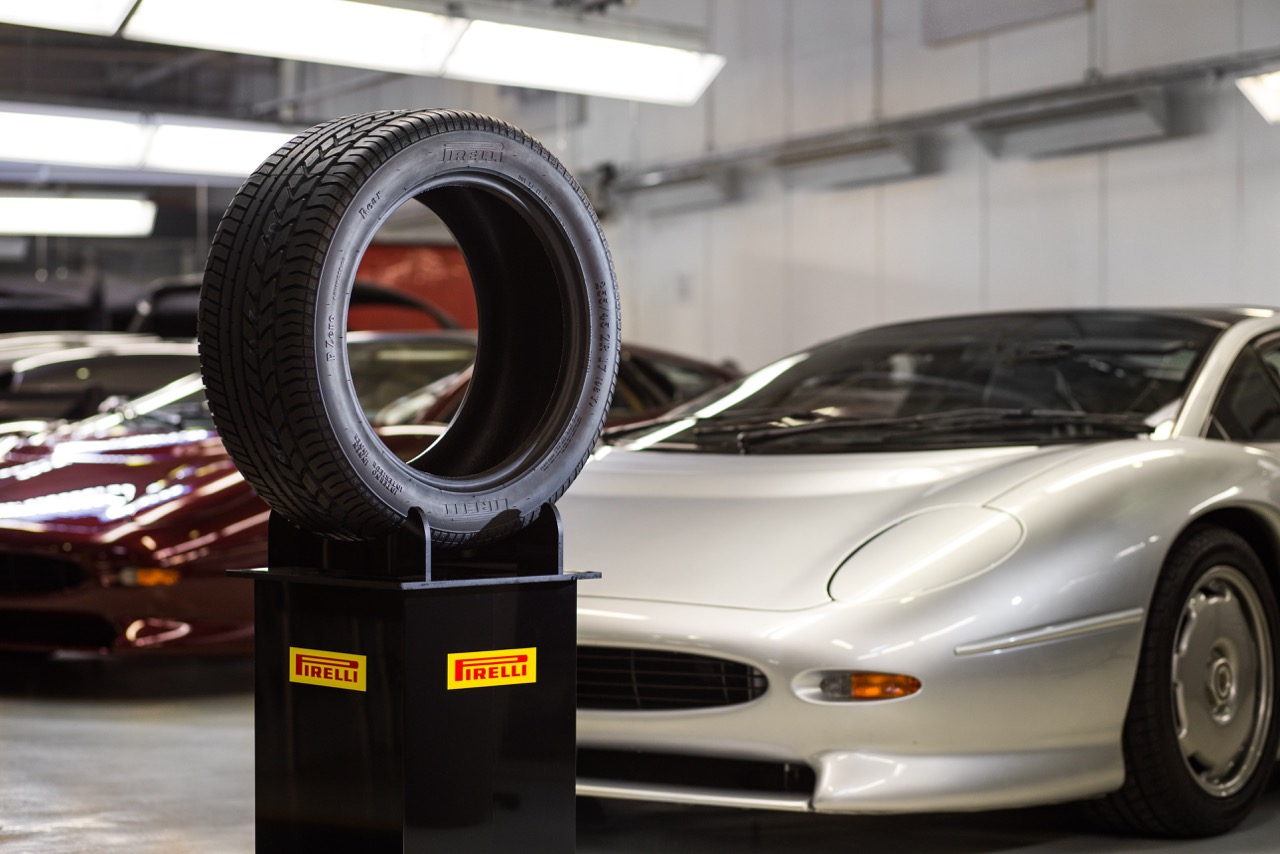 Jaguar Classic has announced a partnership with Pirelli to develop a new tyre package for the classic XJ220 sports car. Featuring a bespoke P Zero design the tyre maintains the look of the original P Zero, but is updated using Pirelli’s latest compounds and technologies. This includes internal damping within the tyre to even out shocks, lessen noise, and provide more precise control while increasing comfort. Pirelli’s P Zero ultra-high performance range continues to be a part of top level motorsport, like Formula One and GT racing, for which the XJ220 concept was originally developed.

The internal structure of the tyre in particular is highly complex, composed of a number of different elements to provide both performance and reliability. The asymmetric tread pattern too is carefully designed to deliver the best possible balance between road holding, durability and resistance to aquaplaning. There are three distinct tread pattern zones for example, each with different patterns to perform different functions.

Pirelli and Jaguar Classic added that they intend to work together to cover further classic Jaguar models with the same approach.

Produced between 1992 and 1994, the Jaguar XJ220 was originally conceived by a group of Jaguar engineers – the so-called ‘Saturday Club’– working in their spare time on their own creations. The engineers wanted to create a modern version of the brand’s successful Le Mans-winning cars from the 1950’s and 1960’s using the latest racing technology at their disposal. The car needed to be a technologically advanced road-going supercar that would satisfy Group B homologation requirements and reach over 200mph.

It overcame a number of complex engineering hurdles at the time and in June 1993, driven by ex-F1 driver Martin Brundle at the Nardo circuit in Italy, hit 217.1mph (349.4km/h). This prompted the Guinness Book of Records (Editions 1994-1999) to state that this was “the fastest speed ever attained by a standard production car.”

However the XJ220 wasn’t just about straight-line speed as it captured the Nurburgring lap record in 1992 in a time of 7:46.36sec – a record that stood for nearly a decade.

Tim Hannig, director of Jaguar Land Rover Classic, said: “The Jaguar XJ220 was an instant classic. It is a revered car in the history of Jaguar, and our business is now undertaking various restoration projects for XJ220 customers. This new tyre permits the full performance of the glorious XJ220 to be exploited where appropriate.”