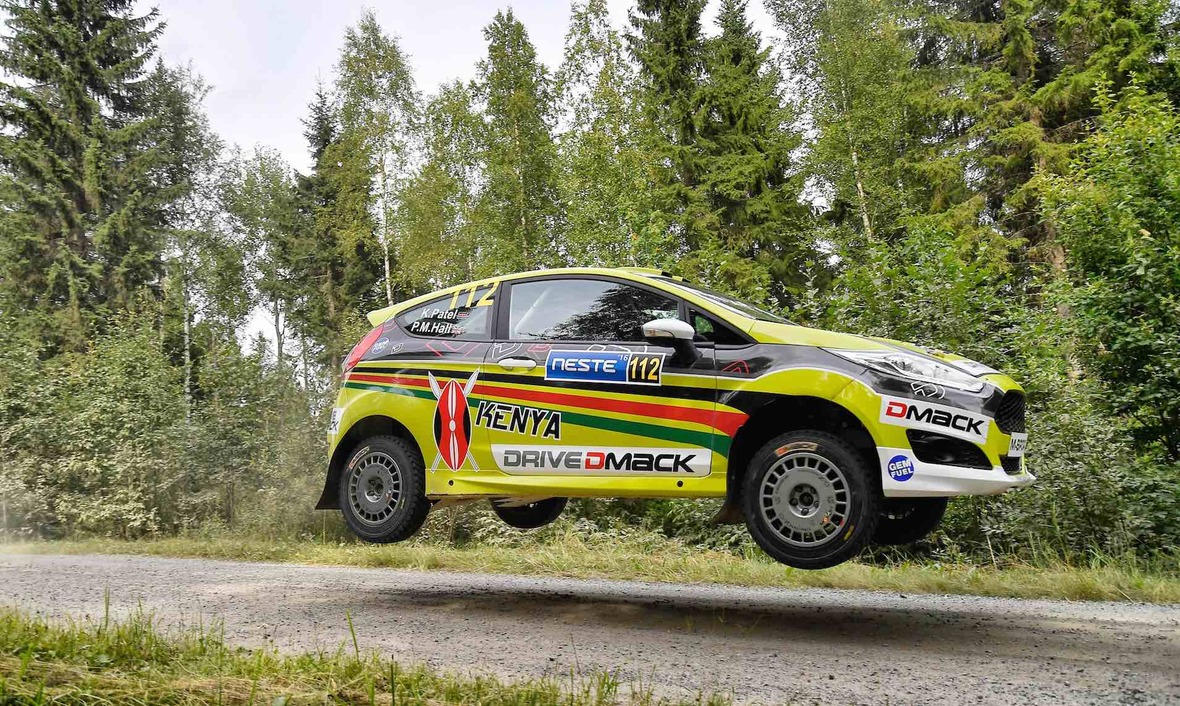 Drive Dmack Fiesta Trophy crews face a terrific Tarmac test when the penultimate round of the 2016 series takes place in Germany next week. After three outings on gravel stages, the nine crews will switch to asphalt roads at ADAC Rallye Deutschland where two more prize drives are up for grabs. As the only all-asphalt round of the five-event campaign, and with highly-prized Trophy points up for grabs, it promises to be a captivating encounter. Dmack has also unveiled its latest WRC tarmac tyres, produced in Melksham, UK as part of the brand’s growing relationship with Avon Motorsport.

There is also the added sweetener for competitors who are aiming to net the final pair of 2017 WRC 2 prize drives. These will be awarded to the duo scoring most points in both Germany and October’s season finale in Spain.

Leading the way in the Drive Dmack Fiesta Trophy title race is Osian Pryce. Welshman Pryce won the 2016 curtain-raiser in Portugal and has a five-point advantage over second placed Max Vatanen. Finnish flyer Vatanen is sure to be on a high having celebrated a Trophy triumph at his home round, Neste Rally Finland, last time out.

In third spot – 16 points adrift of Vatanen – is Jon Armstrong of Northern Ireland. He’s likely to favour the Tarmac surfaces and, as winner of round two in Poland, will be seeking to bounce back from a crash and early exit in Finland earlier this month.

Unpredictable weather could make things tricky next week for crews who are vying for “the biggest prize in world rallying,” as Dmack calls its trophy – seven lucrative rounds of WRC 2 competition next year using a Drive Dmack Ford Fiesta R5. For ADAC Rallye Deutschland they will be given dry and wet weather DMACK tyres as they seek to get to grips with the conditions that come their way.

Based in Trier, close to the Luxembourg border, Rallye Deutschland features three distinct types of stages. Bumpy and narrow Mosel vineyard roads are mixed with broken surfaces through the Baumholder military training ground, with smooth country tests in Saarland completing the mix.

Friday features two loops of vineyards tests before ending with a new stage south of Trier. Saturday mixes country roads with the daunting Panzerplatte military area, which hosts three sprint stages and two passes over a demanding 40km stage. The final day blends the Mosel wine area with roads in the Eifel hills close to the Luxembourg border.

The crews are competing in identical Ford Fiesta R2 cars – powered by Ford’s 1.0 EcoBoost turbo-charged engine. Staged by WRC tyre manufacturer DMACK along with M-Sport, the Trophy provides a training ground for budding world rally stars of the future.

Dick Cormack, Dmack managing director, said: “We’ve had three competitive events on gravel so it will be interesting to see which drivers have the pace on Tarmac. Germany is a difficult event and always demands an element of clever tyre management due to the changing surfaces and weather conditions.”

Malcolm Wilson, M-Sport managing director, said: “Moving onto the asphalt events, it’s a real chance for the Tarmac specialists to make their mark. With two more Fiesta R5 drives up for grabs over the remaining two events, we could well see another talent come to the fore and I’m excited to see what our latest crop of drivers can deliver on this surface.”