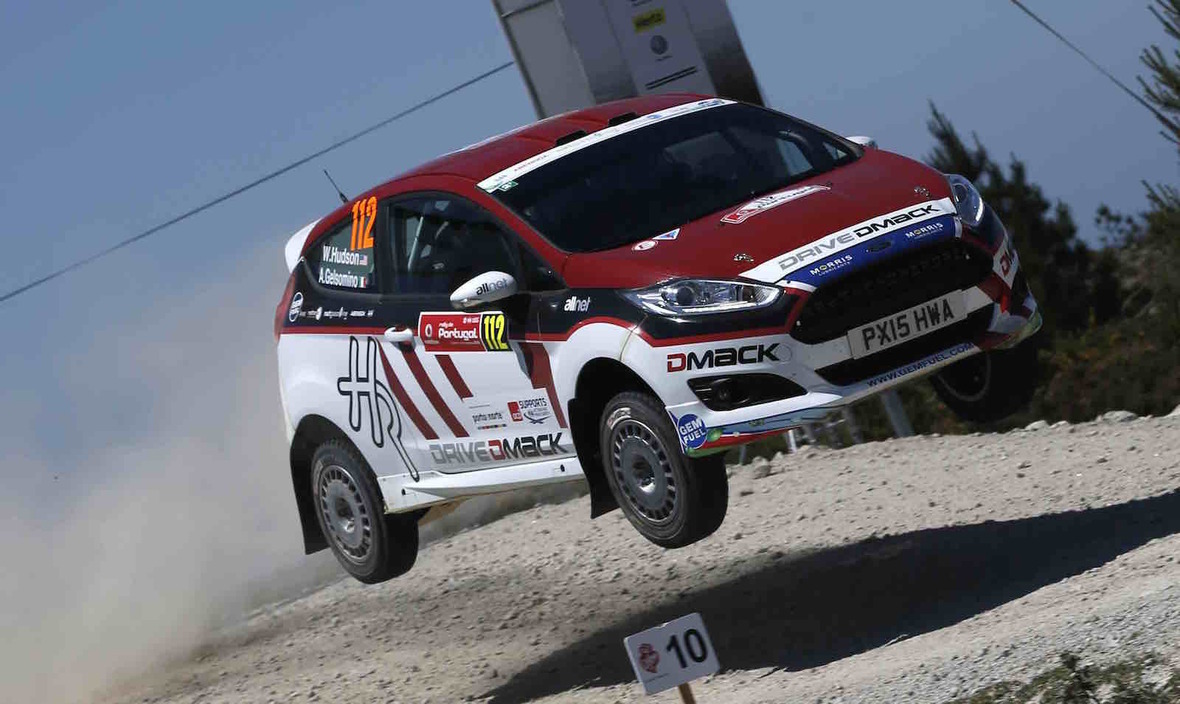 Competitors in the 2015 Drive DMACK Fiesta Trophy will aim to put on a real show for spectators from all over Europe when round two of the series takes the 11 crews to Poland next weekend. Max Vatanen won the competitive season-opener at the Vodafone Rally de Portugal in May after topping the field in half of the 12 tough gravel stages, though the lead had changed hands several times earlier in the weekend.

Crews now move on to Lotos Rally Poland, which runs from 2-5 July. They will find the route has changed almost completely from that used in 2014 – providing more of a level playing field between those who competed last year and the 2015 rookies.

Tom Cave, the 2014 Trophy runner-up, was fast in the corresponding Polish event last year. The Briton, fifth in Portugal, is likely to head a determined chasing pack of drivers looking to claw back points on pacesetter Vatanen.

Cave’s countryman Gus Greensmith acquitted himself well on his Trophy debut in Portugal and will be aiming to improve on his fourth place. Norwegian Marius Aasen and Spaniard Nil Solans, who took second and third spots, respectively, at the opener in Portugal will be looking to move higher up the podium. Both Vatanen and Solans will contest Rally Warminski this weekend, a small rally in the same region, to finalise their preparations.

Also looking for improvements will be American driver Will Hudson and Belgian Guislain de Mevius – both had been setting good times but retired after accidents in Portugal. Dutch drivers Kevin van Deijne and Mats van den Brand have limited gravel experience and come to Poland for the first time.

Day one of Lotos Rally Poland next Friday features more than 150km of timed stages but no service – only a tyre zone where the crews have the chance to fit new Dmack gravel tyres to their sustainable GEM fuel-powered Ford Fiesta R2s. So there is a greater emphasis on having a problem-free run on the opening day.

Saturday’s second leg is closer to the rally base in Mikolajki and includes three tests that are driven twice, while Sunday’s final loop is within touching distance of the town. The gravel stages are very fast, through open countryside, so accurate pacenotes are a must. Surfaces are soft and sandy, and all drivers will use Dmack’s G62 soft compound tyres – a maximum of 16 being available.

Due to its location and proximity to a number of central and Eastern European countries, Poland attracts huge numbers of travelling spectators. However, the event is home from home for the Krakow-based M-Sport team which builds and prepares the identical and all-new Fiesta R2 cars. These are powered by Ford’s 1.0 litre turbocharged EcoBoost engine, energised by sustainable racing fuel and equipped with the latest lubricants from Morris.

Up for grabs for the overall Trophy winner this year is a lucrative full seven-round series of 2016 WRC 2 competition using a Drive DMACK Ford Fiesta R5. The contest aims to help provide a cost-effective platform for upcoming drivers to experience the FIA World Rally Championship.

Dick Cormack, Dmack managing director, said: “Poland provided some intense competition last year and I’m excited to see how the battle unfurls next week. Dmack tyres perform well and are suited to the soft Polish roads and I’m sure our crews will be up there challenging the other two-wheel-drive classes.”

Malcolm Wilson, M-Sport managing director, said: “After so many drivers showed their pace at the first round in Portugal, I think we’re in for another thrilling battle in Poland. Although the conditions are a lot less abrasive and the stages are much kinder on the cars, they are extremely fast. Combine this with what is almost a completely new route and we have a level playing field in which I fully expect a number of competitors to show their true potential.”